P1 is a man in a yellow pig costume. He wears light gray overalls, a lilac bandana around his neck, three pins on his chest, and light purple shoes with a white sole and white laces.

P2 is a woman. She has long orange hair with a faded orange cowboy hat. She wears a blue jean collared crop top with orange fringe, a matching skirt, orange tights under fishnet stockings, and blue heeled booties.

P3 is a woman. She wears a red pilot hat with a golden circle and a black visor over purple bobbed hair, a light blue bodysuit along with a red one-piece with two red shoulder pieces and a golden zipper, and orange boots.

P4 is a man in a unicorn costume. His head is pink with a blue mane, a golden horn, yellow eyelashes and thick indigo lips. He wears a light pink tank top, a golden necklace with a blue, pink, and white ice cream cone, a fuchsia bangle on his left arm, dark pink loose pants, and black converses with white soles and laces. 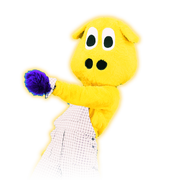 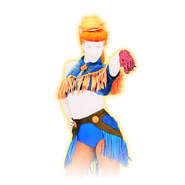 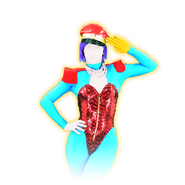 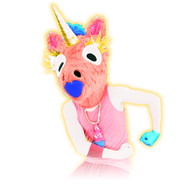 The background portrays an American rodeo show act, with fire shooting from the sides of the floor. The floor also has red, white, and blue patterns with stars all over, displaying the pattern of the American flag.

4x4 has a Mashup with the theme "Best of JD 4". It features only dancers from Just Dance 4.

4x4 appears in the following Mashups: 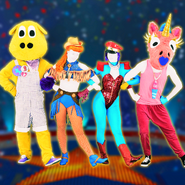 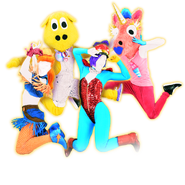 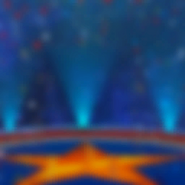 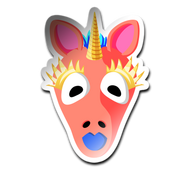 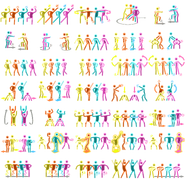 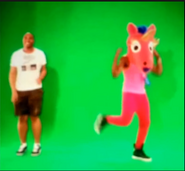 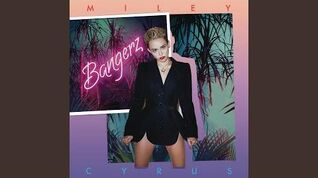 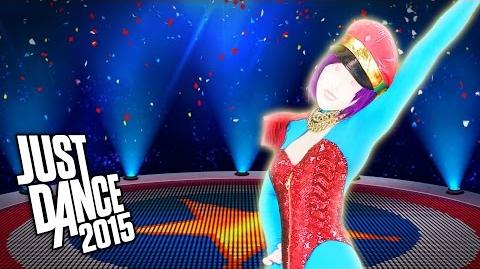 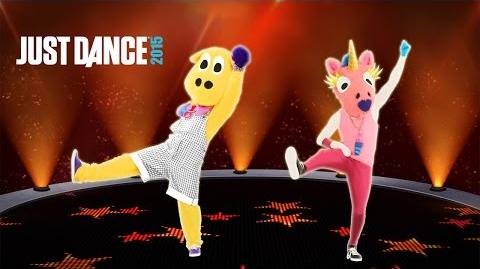 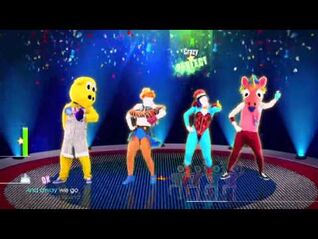 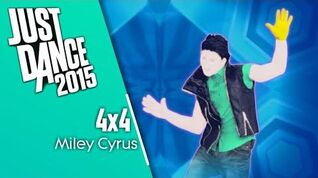 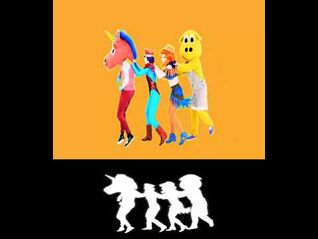