The routine takes place at a western boulevard at sunset, with some houses (one with a star sign) and three cactus plants. Two backup dancers can also be seen here. The left dancer wears a brown hat, white vest, blue shirt, blue jeans, and brown boots. The right dancer wears a white hat, a white and red jacket, a blue denim skirt, and white boots.

Gold Move: Put your arms out and freeze. 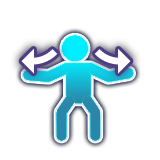 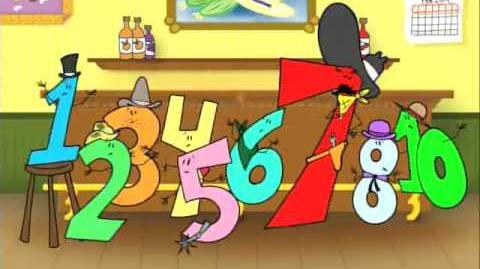 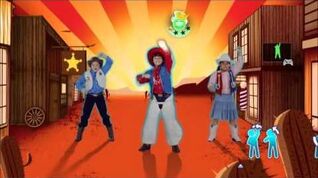 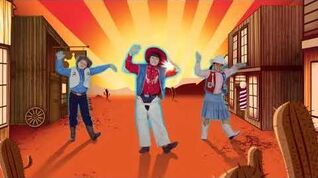 Retrieved from "https://justdance.fandom.com/wiki/7_8_9?oldid=1234519"
Community content is available under CC-BY-SA unless otherwise noted.