The routine is performed by a trio of girls dressed in ballroom-style fashion. They have glowing turquoise outlines.

P1 has orange hair in a big bun with a lime glittery crown-shaped visor. She wears a half-green and half-blue top with straps that connect to the sleeves a lime skirt. She has a purple and a yellow stocking that both have straps on the thigh. She has orange stiletto heels with lime accents. She accessorizes with lime star-shaped earrings, a dark orange bow choker, a lime chain necklace and belt, and various colorful bracelets.

P2 has long wavy dark orange hair with bangs. There is a lime headpiece in her hair. She wears a blue crop top and a orange fluffy tulle skirt. She has green platform boots with pink chain accents. She accessorizes with large lime hoop earrings, a glowing lime body chain with a heart pendant, a dark orange choker, and various colorful bracelets. She also seems to have some yellow shorts underneath.

P3 has light yellow hair with bangs, styled into two small buns and many braids. There are two lime accessories around the buns and metal accessories in the braids. She wears a red orange crop top with puffy shoulders and a pair of cyan shorts with a short overlay skirt of the same color. She has a two-strand light yellow belt with a dark orange buckle. She wears blue fishnet stockings that go to her knees underneath a pair of lime platform heels. She accessorizes with a dark orange studded choker, multiple lime chain necklaces with a heart pendant, and various colorful bracelets. 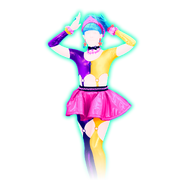 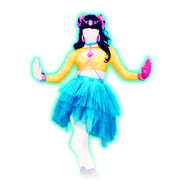 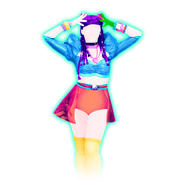 The routine takes place inside a dimly-lit and purple hued mansion, with several elements of each room lighting up aqua, purple, and hot pink to the beat of the song. All of the rooms in the mansion have reflective violet flooring.

The routine starts off inside a foyer with a chandelier hanging from the ceiling, two identical curved staircases on each side and a mezzanine with intricate wrought iron railings. Sheer drapery in light blue, hot pink, and purple can be seen hanging from the railings. Below the mezzanine is an elliptical archway which leads to the second room of the routine.

The second room is a hallway inspired by neoclassical architecture. For every eight beats, the dancers go through a large round arch. Each side has four Greek Ionic-style columns placed on top of a neon-purple foundation and an entablature above as support. The dancers are also surrounded by two rows of crane statues on both sides that spin and glow peach and aqua to the beat of the song.

The third room, which takes place in the chorus, is a round room with the same architectural elements as the second room. Like the foyer, a mezzanine which is supported by columns, surrounds the room, with aqua, purple, and hot pink draperies hanging from it. Cushions can be seen scattered around the floor, along with a few large ottomans.

From the bridge to the outro, many of the room’s elements are now multicolored and neon instead of having a solid purple color with few colors lighting up. A lot of the architectural elements in the background now have a royal blue, aqua, violet, and hot pink color palette that occasionally light up. The flooring now has a cross pattern with hot pink squares, however, the flooring in the third room stays the same but is surrounded by a hot pink ring that lights up to the beat of the song. During the outro, the third room stops spinning and slowly dims down, leaving only the royal blue elements lit up.

Gold Moves 1: Punch forward while crouching and shake your shoulder.
Gold Moves 2: Similar to Gold Move 1 but nod your head left then right.
Gold Move 3: Punch to the right and bring your left arm in to your side.

This section is a stub. You can help by adding to it.
This section details the release and removal history of 7 Rings.

7 Rings is featured in the following playlists: 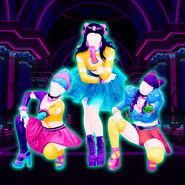 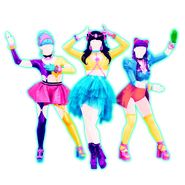 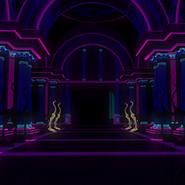 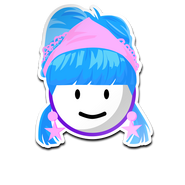 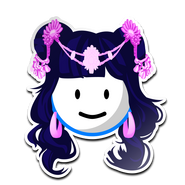 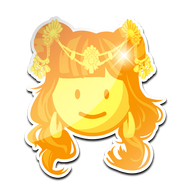 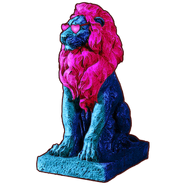 Just Dance Now notification (along with I Am the Best) 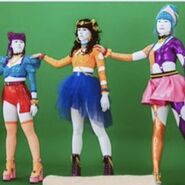 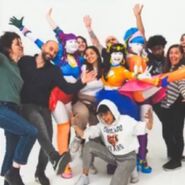 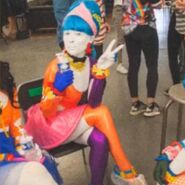 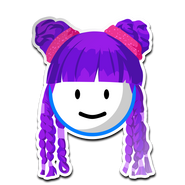 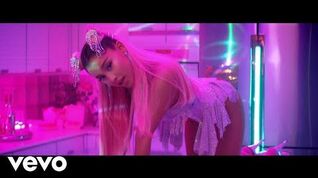 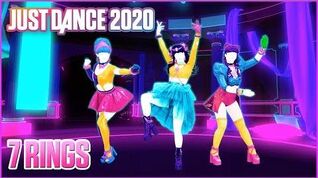 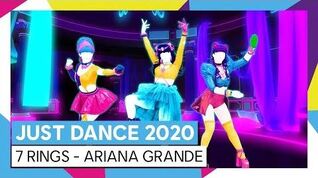 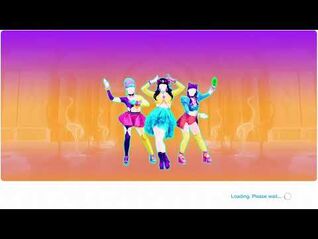 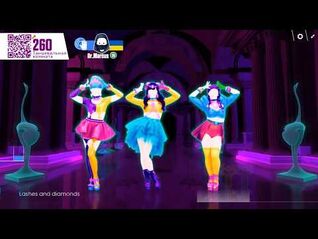 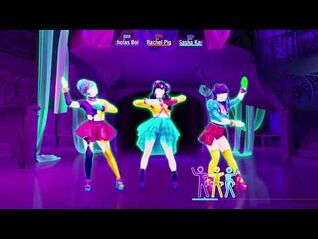