"A-Punk" by Vampire Weekend is featured on Just Dance 2. It can be also found on the Just Dance Unlimited files.

The dancers appear to be teenagers in winter clothing.

P2 is a teenage girl with curly red hair in short pigtails. She wears a neon green and orange winter hat, an orange scarf, a pink sweater, a pink and orange skirt, pink ankle socks, and white shoes.

In the remake, both dancers look more realistic and have slightly darker color schemes. 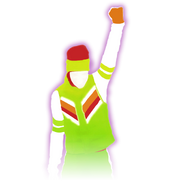 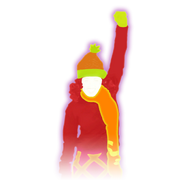 The routine takes place in a park-like setting, in a blizzard. There are trees swaying in the wind. Also, a white house is visible in the left corner of the background. The layout is in a 2D design, in pastel colors without outlines.

In the remake, the background is lighter and is more pointed to a jade green.

All Gold Moves: Punch the air with your right hand four times successively.

A-Punk appears in the following Mashup: 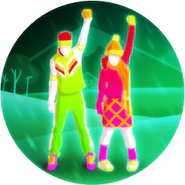 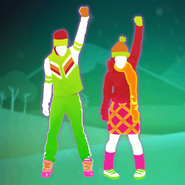 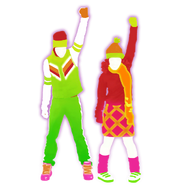 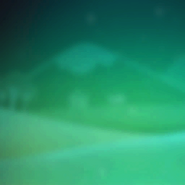 A-Punk on the Just Dance 2 menu

P1 in the trailer, with a different color scheme 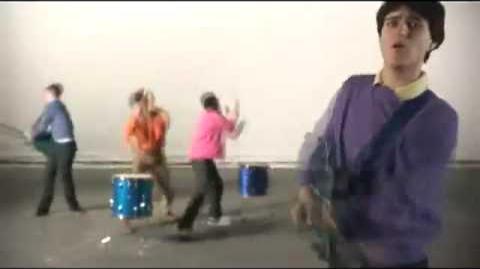 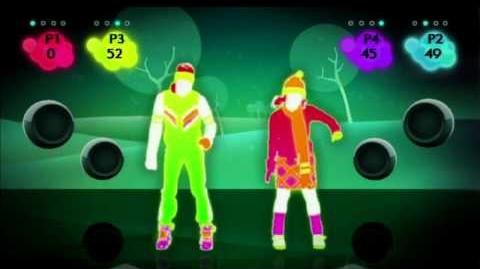 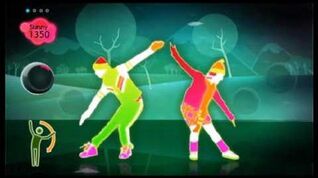 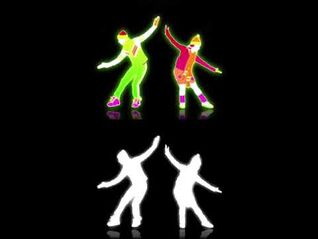 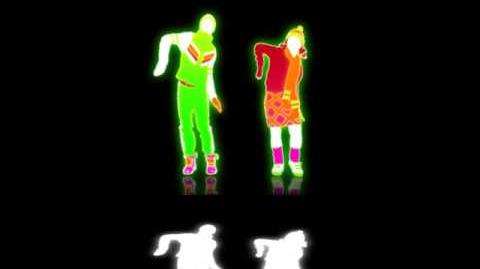 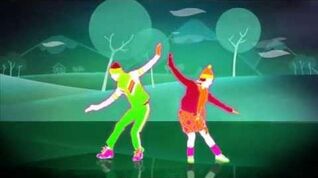