Jérémy Paquet[1]
"A Little Less Conversation (JXL Radio Edit Remix)" by Elvis Presley vs. JXL is featured on Just Dance. It was also planned to be on Just Dance: Greatest Hits/Best Of, but was scrapped for unknown reasons.

The dancer is a man with a blue afro and handlebar mustache. He wears a pair of blue pants, a blue vest over his light blue shirt, a necklace, a bracelet, and a pair of shoes. He has an 80s-esque appearance.

In the unused remake meant for Just Dance: Greatest Hits/Best Of, his color scheme is brighter, and he has an orange outline.

In the remake, some changes have been applied to his color scheme. His shirt and pants have a gradient of red, and his outline is bright cyan.

The background features a maroon wall with orange and red flames as an addition to the wall in a 25 degree angle. It also features white round-shaped stars with an orange outline and white shadows.

The remake features a completely different background. The wall now has beige and orange stripes with curvy patterns that move up. They sometimes flash to the beat and disappear and appear one by one at some parts of the song. There are also three explosion symbols, one big behind the coach, and two smaller on both sides that appear and disappear quickly. At the parts when Gold Moves 1-4 occur, the background is very darker, and the patterns on the wall flash red to the beat. At the end of the routine, it fades to black.

There are 5 Gold Moves in the remake. They are also available in some of the Party Master Modes and Mashups in Just Dance 2014: 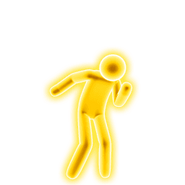 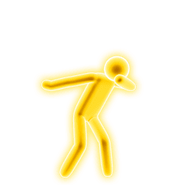 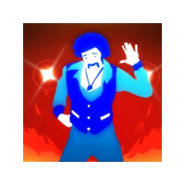 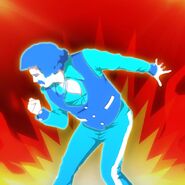 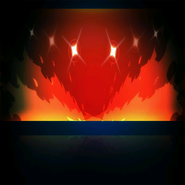 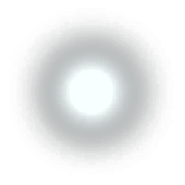 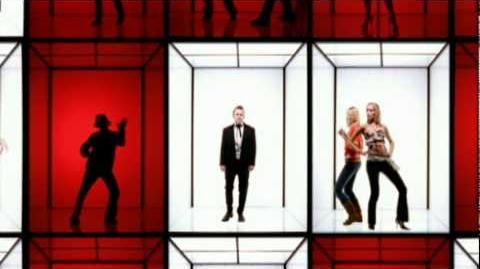 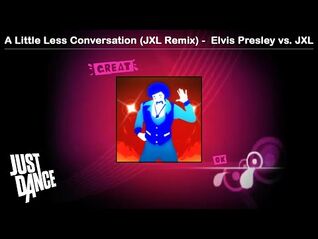 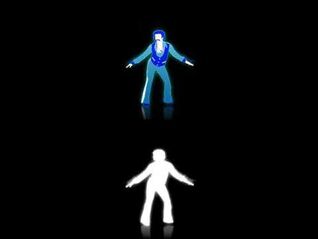 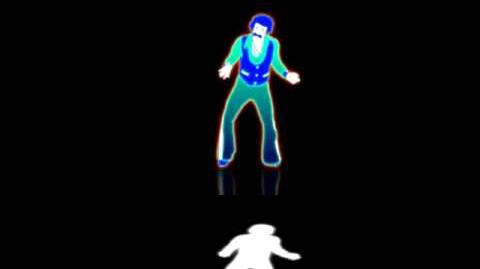 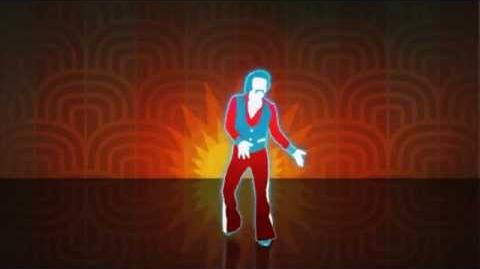 A Little Less Conversation - No GUI