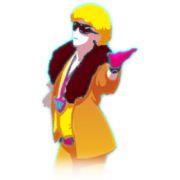 The dancer is a man who resembles DJ OZMA himself. He has an orange afro and wears a pair of hot pink glasses, an orange jacket which covers a yellow shirt, a purple necklace, a pair of yellow pants, and a pair of burgundy penny loafers. At the end, he fades away with a golden glitter effect.

The background is a dance floor with a checkered floor in shaded of green and black, two red sofas, a bright, square lamp on the roof, two spotlights on each side, and a bar behind. There are also four men and two women who follow the coach’s dance moves, appearing one by one. When "Bounce with me" is sung, these words appear on the floor. At the end, "LOVE" appears in the air with a heart, written in a red-pinkish, glittered font.

Age Age Every Knight is featured in the following playlists: 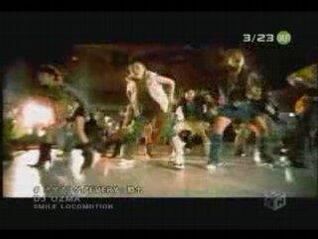 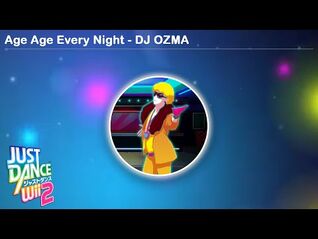 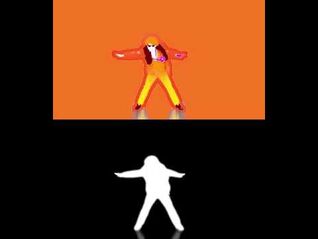