P2: Monica Pena[1]
"爱 (Ai)" (also known as "Love") by The Little Tigers was planned to be on 舞力全开：活力派 but was never released into the game before the shutdown of the game. 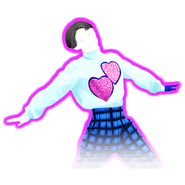 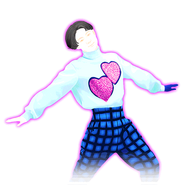 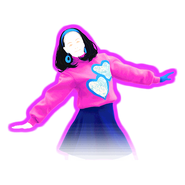 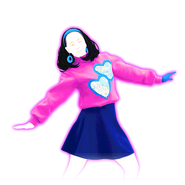 The routine starts in front of a huge light with the title of the song in Chinese, then it switches to tree silhouettes at dawn with lyrics to the song being highlighted in blue, like it is a karaoke video. During the first verse, it turns to a shiny, blurry clover shape, then to a sunny field with a house and smoke hearts coming from it. After that, it turns to a sunny sky with clouds and photos of the coaches posing romantically, and then to a sunset shore with shiny outlines (such as a star and a heart). Then, the rotation starts over, but without the field.

Gold Move 1: P1 stands on the left and crosses his arms, while P2 stands on the right and puts her arms down, with her knees slightly bent.
Gold Move 2: Face each other and join your hands. 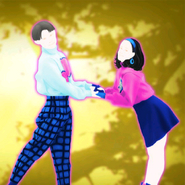 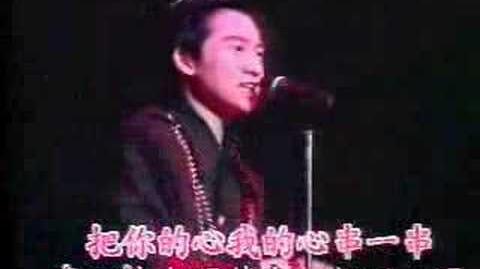 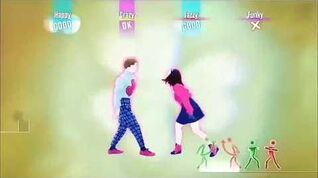 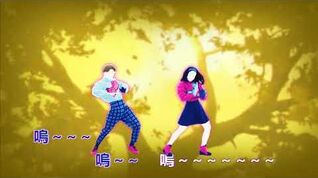