"All That Jazz" by Velma Kelly (covered by Nancy Martinez in-game[1]) is featured on Dance on Broadway.

The dancers are four identical women. Their only difference is their color. They all wear a band with a large feather in it. They are also wearing sleeveless dresses and large, knee-high socks, and heels. From left to right, the women are wearing red, green, purple, and blue, respectively.

On the PS3, the routine is performed by the blue and red-colored dancers from the Wii version. 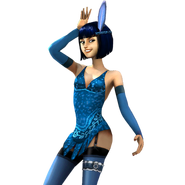 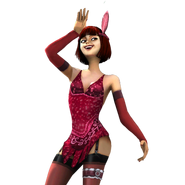 This section is a stub. You can help by adding to it.
The background has a fan inside with 3 pairs of 2 show up when the dancers dance. There are platforms which the dancers stand on. The walls are made out of bricks, and the outside of it has red lights. The building looks like a police station with jail cells. 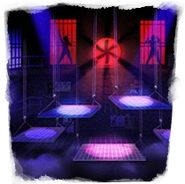 All That Jazz (Wii) 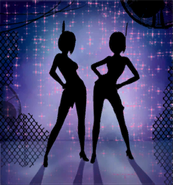 All That Jazz on the Dance on Broadway menu (Wii)

All That Jazz on the Dance on Broadway menu (PS3) 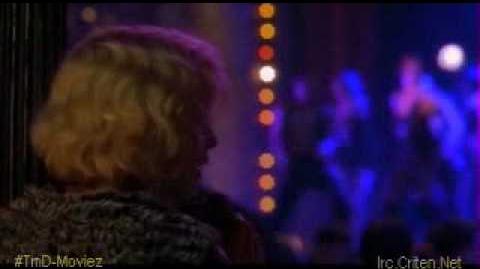 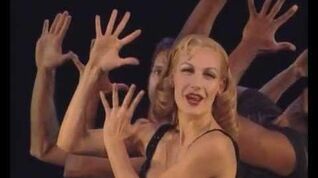 Chicago The Musical - "All That Jazz" 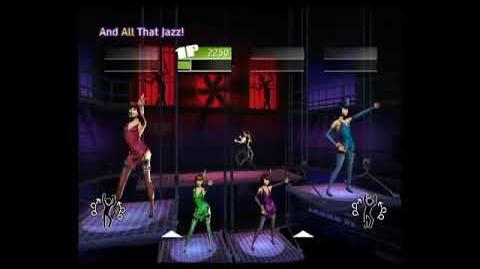 All That Jazz - Dance on Broadway (Wii)