JDU
1A: Supernova
1B: Flush Orange
2A: Deep Dodger Blue
2B: Persian Blue

The dancer is a young girl with black frizzy hair in pigtails. She wears a red, white, and blue striped sleeveless shirt, a pair of blue shorts, and a pair of white sneakers. She wears an orange propeller hat.

The background is orange with technological letters and numbers. The floor is white and pink. The dancer is accompanied by a pair of backup dancers who wear identical copies of her outfit..

There are 3 Gold Moves in the original version of the routine:

Gold Moves 1 and 2: Lower both of your arms in quarter circles.
Gold Move 3: Lower your arms as if you were a robot and you were deactivated, this is the final move of the routine.

Gold Moves 1 and 2: Make a Z shape with your right hand.
Gold Move 3: Lower your arms as if you were a deactivated robot.

Alphabet Song is featured in the following playlists: 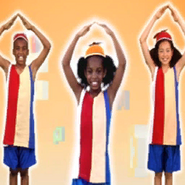 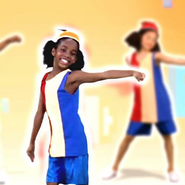 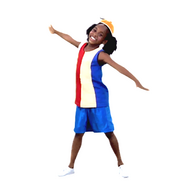 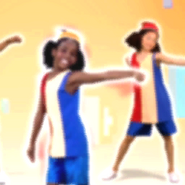 Behind the Scenes (Main coach) 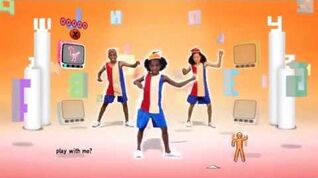 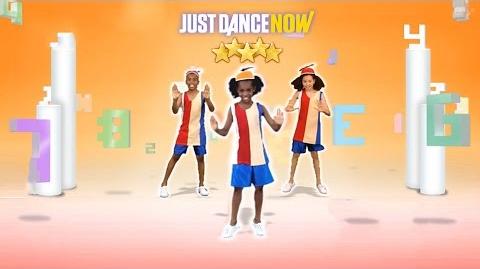 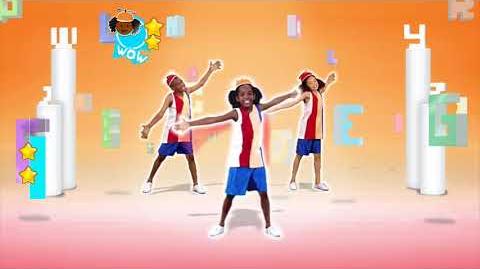 Retrieved from "https://justdance.fandom.com/wiki/Alphabet_Song?oldid=1291242"
Community content is available under CC-BY-SA unless otherwise noted.