Alright
"Alright" by Supergrass is featured on Just Dance 2, Just Dance 3 (as a downloadable track), and Just Dance: Greatest Hits/Best Of.

The routine is performed by a woman and a man. They both have poolside summer clothing.

P1 has short black hair with green sunglasses, a black tunic with an orange hibiscus flower on it, an orange bra, orange knee-length leggings and black strapped white wedges. 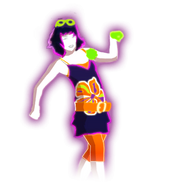 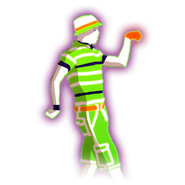 The background features stylized red, yellow, and green waves with water droplets flying off of them, multicolored piano keys and a green face that lip-syncs the line "We’re alright". The piano keys light up to the beat of the song and the wave moves as well. "Alright" also appears letter by letter in the background when it is sung. The background also has yellow and red circles in the upper right. A reflection of the background can be seen on the floor. 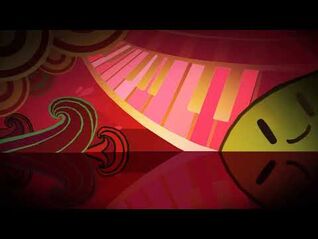 Both Gold Moves: Clap your hands. (P1 does this upwards and P2 does this downwards)

There are 3 Shout-Out Lines in Just Dance 3 and Just Dance: Greatest Hits: 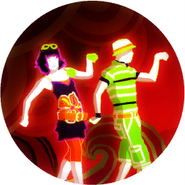 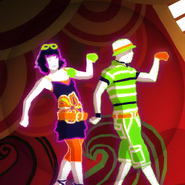 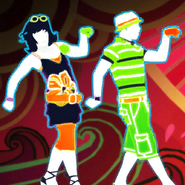 Alright on the Just Dance 2 menu 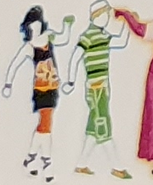 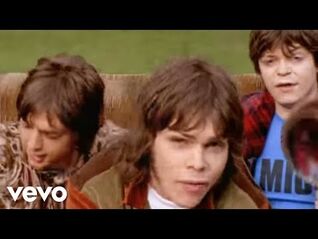 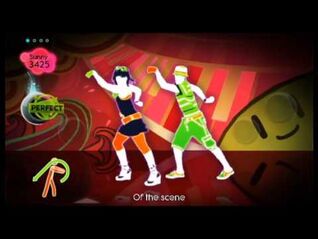 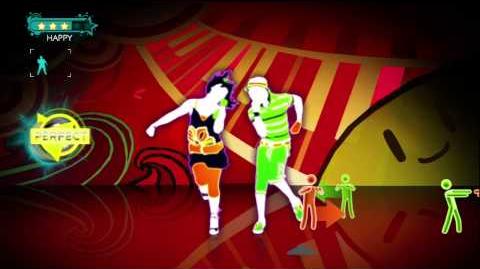 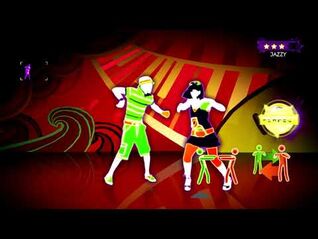 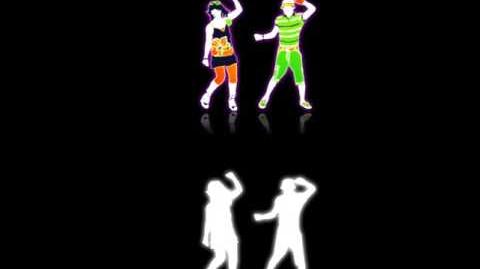