The dancer is a boy with black hair. He is wearing a red t-shirt under a brown, grey, white, black, and red checkered shirt, black shorts, and white shoes.

This section is a stub. You can help by adding to it.
The dancer steps in a red and white floor. There are some trees at the sides. There is a small city and lots of fireworks will appear occasionally.

Both Gold Moves: Raise both of your arms and quickly bring them down while jumping back. 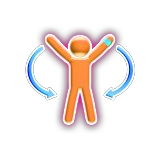 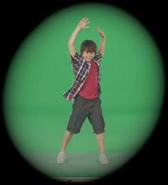 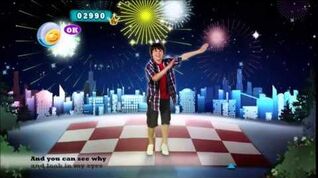 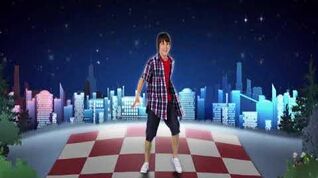