"Am I Wrong" by Nico & Vinz is featured on Just Dance Unlimited and Just Dance Now.

The dancer is a man with blue hair in dreadlocks. He is wearing blue round sunglasses, a blue denim shirt, a yellow shirt, ripped jeans, and purple shoes. He is also wearing some necklaces and a bracelet on his left wrist.

The background is white, with trees and mountains appearing in different colors from water-coloring. The routine seems to be taking place in an African setting.

There is 1 Gold Move in this routine:
Gold Move: Point up with your right hand while looking up.

Am I Wrong appears in the following Dance Quest map:

Am I Wrong is featured in the following playlists: 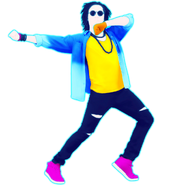 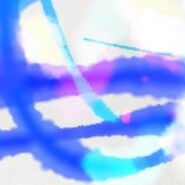 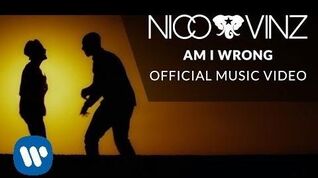 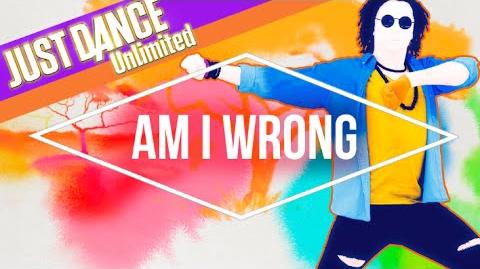 Am I Wrong - Gameplay Teaser (US) 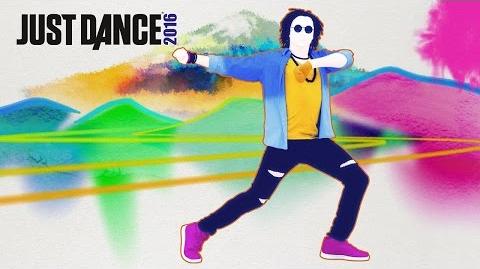 Am I Wrong - Gameplay Teaser (UK) 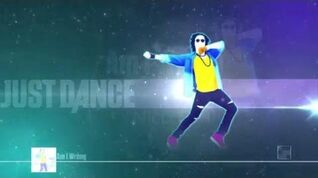 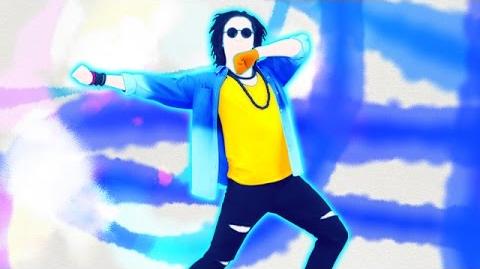 Am I Wrong - Just Dance Now 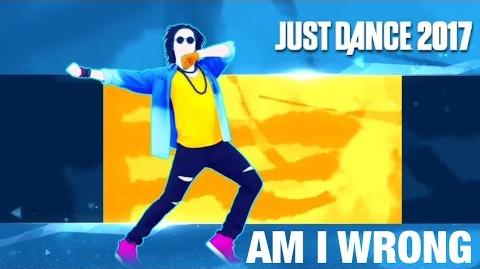 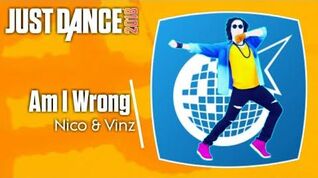 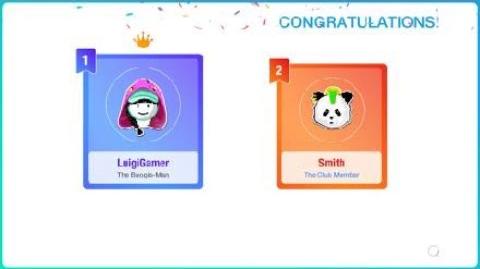 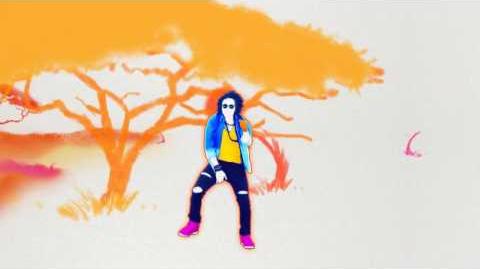 (No HUD) Just Dance Unlimited - Am I Wrong 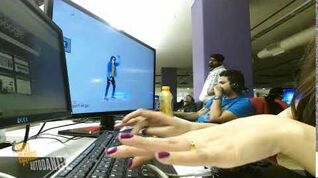 Just Dance Unlimited - Am I Wrong - Unfinished Coach Only

Retrieved from "https://justdance.fandom.com/wiki/Am_I_Wrong?oldid=1106002"
Community content is available under CC-BY-SA unless otherwise noted.