Classic
1A: Bright Pigment Indigo
1B: Midnight
2A: Blaze Orange
2B: Bright Indian Tan
Stunt Version
1A: Mandalay
1B: Jacko Bean
2A: Deep Malibu
2B: Midnight

"Another One Bites the Dust" by Queen is featured on Just Dance 2018, Just Dance Now, and Just Dance Unlimited.

The routine is performed by a male-female-male-female style dance crew. The wardrobe is based on a boxing theme. The primary colors are purple, black and golden. During parts of the choreography, the purple parts of the clothing turn red.

P1 is a man wearing an unbuttoned black sleeveless jacket showing his bare torso. The jacket has an open collar which shows the inner fabric of the jacket to be purple. His torso is wrapped in straps of clothing in purple. He also wears purple leggings with black shorts over them. The shorts have golden stars on them. On his right hand he wears a black and golden boxing glove. He has black side swept hair and a blue band of color across his eyes. He wears black boots with golden extensions that cover his lower leg just above the feet.

P2 is a woman wearing a black jacket with golden lining and a hood. The jacket is sleeveless. She also wears a golden bra and purple stripes of clothing all over her torso similar to P1. She wears a purple booty short with a golden champion belt with black straps. She wears a golden cap on her head and also a golden masquerade mask on the top of the hat. She has two purple stripes on either cheek. She wears a purple glove on her right hand that reveals her fingers. Her footwear includes black heels with golden straps on them.

P3 is a man wearing a purple tight crop top. He wears a glittery black pair of tight leggings that are secured by two black bands that go over to the shoulder from under the crop top. There is a champion belt around the waist that has a black band. He wears knee-length purple boots with golden stars on them. His right knee cap is covered with a golden covering. He wears a black armband on his wrist that is bare around the underside of his wrist but covers the overside. The armband is also bare around the fingers and knuckles. There are two blue stripes on either cheek. He also wears a golden helmet.

P4 is a woman wearing a purple sports bra. There are golden straps of clothing that form a choker around her neck and then goes down to her stomach and forms a network there. She also wears three-quarter black tights with golden stripes on them. She also wears purple knee-length socks with golden knee cap coverings attached to them, along with black heels. She wears a purple arm band on her right hand, similar to P2. There is a purple star design on her right eye. Her hair is secured in the form of a high ponytail by a golden hairband. 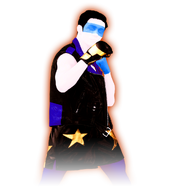 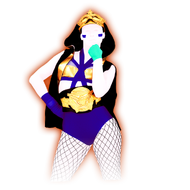 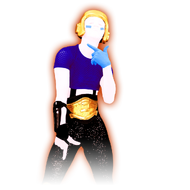 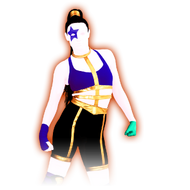 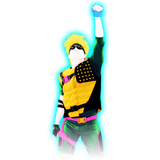 The coach is a man. He has yellow poofy hair with a black hairband around his forehead. He wears black aviator glasses. His outfit is a yellow and black vest with a pink buckle on the left side of his chest over a dark green long sleeve shirt that has one short sleeve on the left with yellow stripes on the arm.

On his right hand he has a sky blue biker glove and on the left is a black biker glove. On his left arm is a yellow-and-black pad. He wears a pink belt with a black buckle, dark green pants with yellow pink and black designs and a pad on his right leg. His shoes are the same color as his pants.

The background consists of various areas related to wrestling. The background goes through locations such as a barely-lit ghetto-like area, a dark yellow gym with punching bags, the entrance of a fighting club of some sort, and a wrestling arena, with spotlights going on to the beat. During the instrumental break, the background is similiar to the yellow gym, but it is a blue foggy gym with silhouettes punching punching bags. There are also walls with posters of the dancers on them.

The routine starts with the coach preparing to jump out of an Apache helicopter. He then jumps off and lands on top of a truck perfectly without hurting himself.

During the routine, colored smoke can be seen being fired into the air behind the coach. A "Just Dance" van and a turreted Humvee with the same color patterns as Swish Swish can also be seen driving near the truck the coach is dancing on at times.

In some parts of the song, the vehicles can be seen speeding past the truck and firing colored smoke bombs behind them.

Near the start of the chorus, the coach jumps from one truck to another before landing on a truck that has the same colored pattern as the aforementioned Humvee.

During the first chorus, the coach appears to be redirecting several colored missiles as they fly dangerously close to him. Two 18-wheelers then catch up with the truck he is on and honk at him. At the end of the first chorus, a big cloud of smoke obscures the background before revealing the Golden Gate Bridge behind the coach.

At the start of the second chorus, the missiles fly near the coach without his control as the truck catches up with the same 18-wheelers and a chase helicopter catches up with them. The 18-wheelers then speed off and the helicopter flies dangerously close to the coach before the same cloud of smoke obscures the background and teleports him and the truck to a dimly-lit tunnel.

The truck moves so fast that the coach has to perform the limbo below the LED signs in order to avoid colliding with them.

At the end of the bridge, the truck drastically slows down before the colored smoke cloud obscures the background again and bring them back to the Golden Gate Bridge. However, this time, the background gets obscured and goes back to the highway after the coach jumps from truck to truck and the missiles fly past him.

There are 3 Gold Moves in the Stunt Version routine: 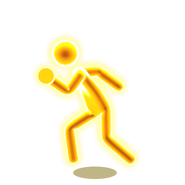 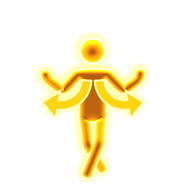 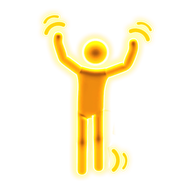 Another One Bites the Dust is featured in the following playlists: 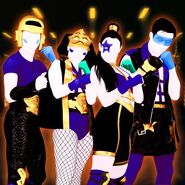 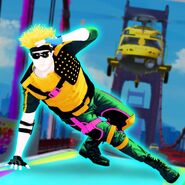 Another One Bites the Dust
(Stunt Version) 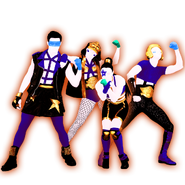 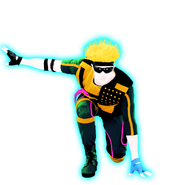 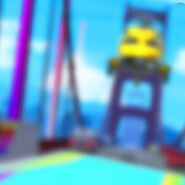 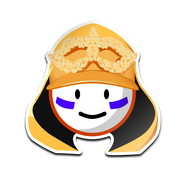 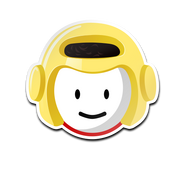 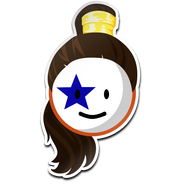 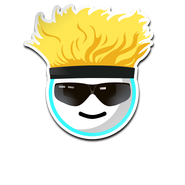 Another One Bites the Dust in the Just Dance Now menu

Another One Bites the Dust in the Just Dance 2019 menu

Concept art 5
Add a photo to this gallery 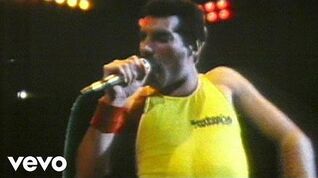 Queen - Another One Bites The Dust 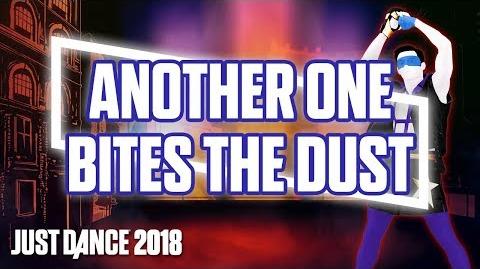 Another One Bites The Dust - Gameplay Teaser (US) 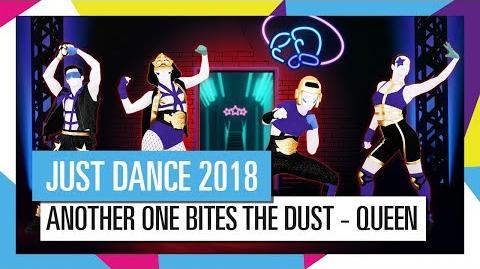 Another One Bites The Dust - Gameplay Teaser (UK) 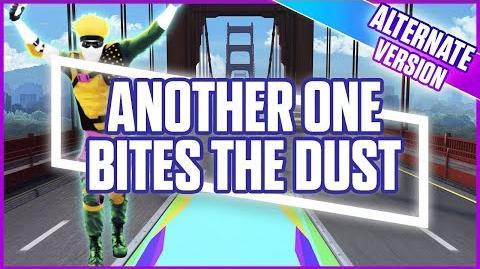 Another One Bites the Dust (Stunt Version) - Gameplay Teaser (US) 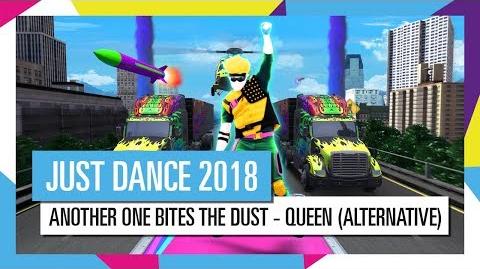 Another One Bites the Dust (Stunt Version) - Gameplay Teaser (UK) 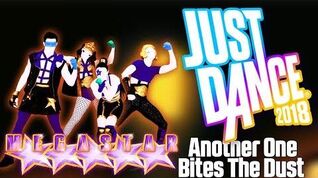 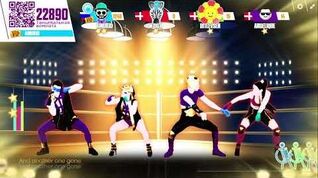 "Another One Bites the Dust" - Just Dance Now 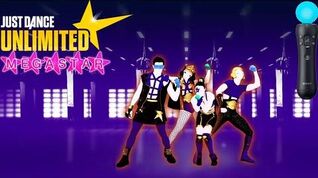 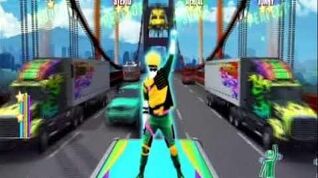 Another One Bites The Dust (Stunt Version) - Just Dance Now 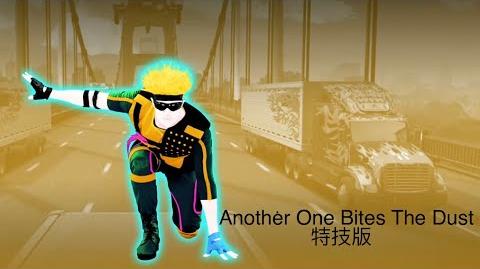 Another One Bites the Dust (Stunt Version) - Just Dance 2019 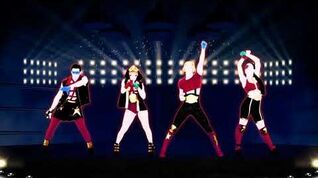 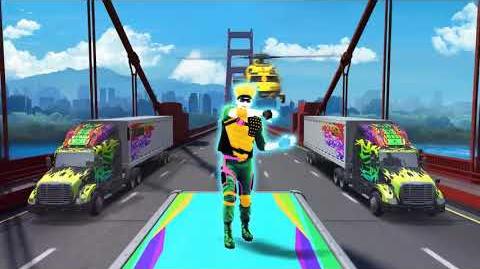 Just Dance - Another One Bites The Dust (Stunt Version) (NO HUD)

Retrieved from "https://justdance.fandom.com/wiki/Another_One_Bites_the_Dust?oldid=1113921"
Community content is available under CC-BY-SA unless otherwise noted.