The dancers are two women dressed in bathing suits.

P1 wears a black striped red sun hat. She has long, brown straightened hair. She wears a red and lime green bikini top and buttoned red shorts. She has lime heels and red socks on as well.

P2  has a turquoise bracelet on her left wrist. She has frizzy brown hair in a high side ponytail. She wears a teal and lime bikini top and shorts. She also has brown heels on.

The dancers appear to be dancing on giant citrus slices floating on a glass of red fruit juice. A slice of green lime is seen behind with straws of two colors - green and purple. There are also strawberries, cherries, and a single ice cube floating with the lemon slices. A beautiful ocean view is present behind. 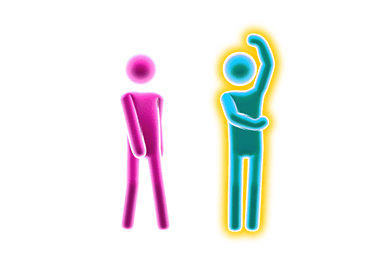 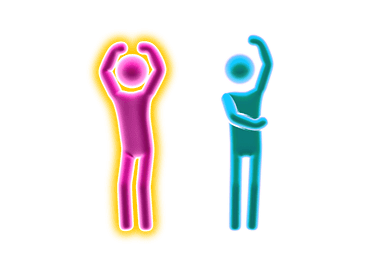 Aserejé (The Ketchup Song) has a Mashup which is exclusive to the Wii U.

Aserejé (The Ketchup Song) is featured in the following playlists

Aserejé (The Ketchup Song) on the Just Dance 4 menu

Aserejé (The Ketchup Song) in the Just Dance 2018 menu

Appearance in Want U Back background 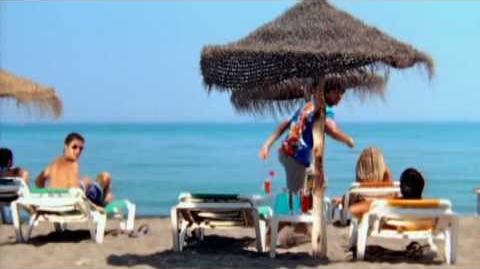 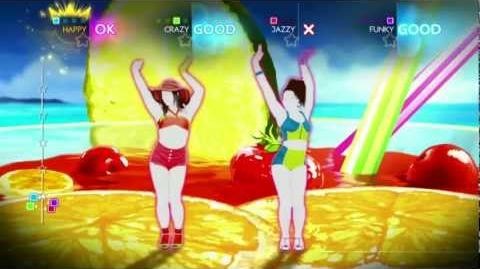 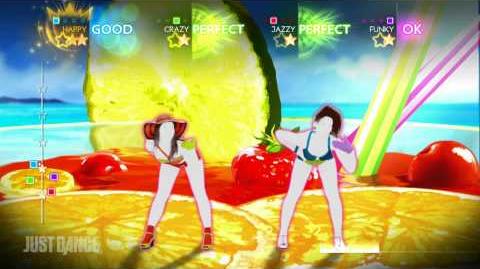 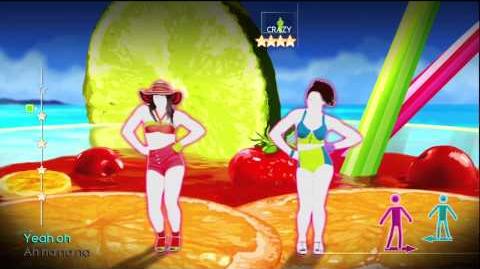 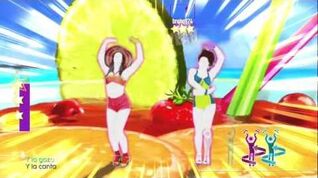 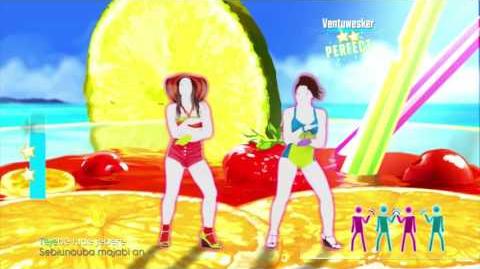 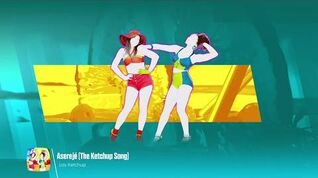 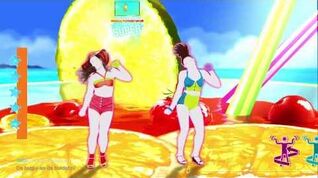 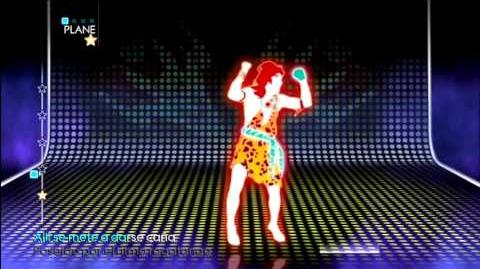 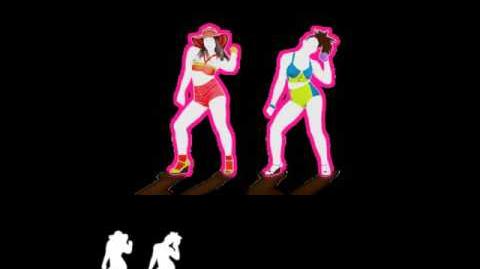 Retrieved from "https://justdance.fandom.com/wiki/Aserej%C3%A9_(The_Ketchup_Song)?oldid=1176764"
Community content is available under CC-BY-SA unless otherwise noted.