P1: Le Kravec[1]
P2: Valeria Ixquic[1]
P3: Anastasia One[1]
"BBoom BBoom" by MOMOLAND was supposed to be featured on Just Dance 2019, however it was scrapped for unknown reasons. The files for the song can be found in the files of Just Dance Unlimited.[2]

The routine is performed by a trio of women. They all have solid black and white outlines.

P1 is a woman with orange hair and blue hair styled into a half-bun style, along with pink and green barrettes. She wears a green sailor's flap over a green top with dark blue details, pink overalls with one strap opened, and long orange sneaker heel boots with blue accents.

P2 is a woman with orange hair styled into 2 buns. She wears a light blue crop-top with a pink brassiere over it, a yellow skirt and black stockings, along with blue high heels. She is accessorized with two orange bracelets on her left wrist.

P3 is a woman with braided purple pigtails that go to the back of her head and a blue beret. She wears a blue long-sleeved sweater detailed with gold striped with holes cut at the shoulders over a black top, pink jeans with a turquoise belt and black vinyl heels. She is accessorized with gold large hoop earrings. 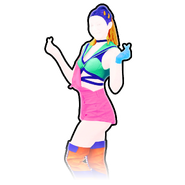 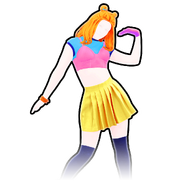 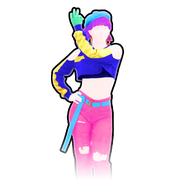 The background consists of many objects which are headphones, speakers, boomboxes, cassette tapes, Polaroid cameras, Polaroid photos, video game controllers, Tamagotchis, and Game Boys in patterns. There are symbols that appear along the objects which are stars and lightning bolts in different colors. The words "BBoom BBoom" appear during the chorus and pre-chorus.

This section has content which remains to be confirmed! You can help by adding to it. Remember to cite!
There are 2 Gold Moves in this routine: 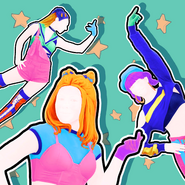 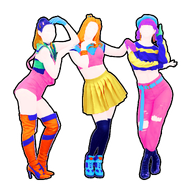 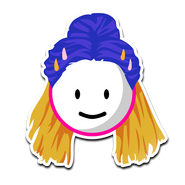 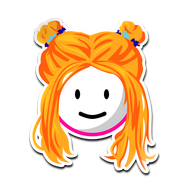 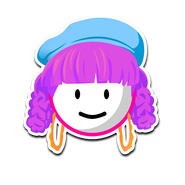 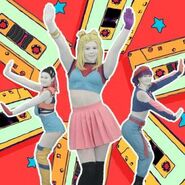 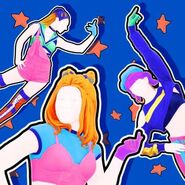 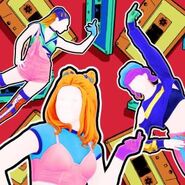 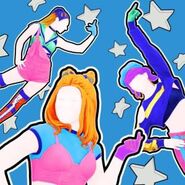 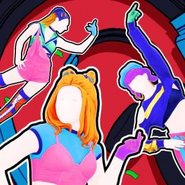 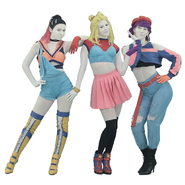 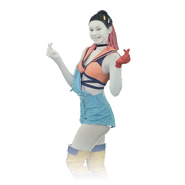 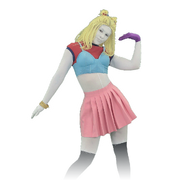 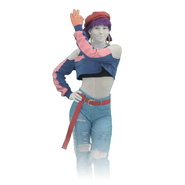 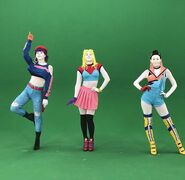 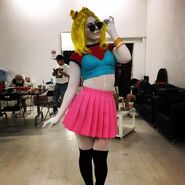 Behind the Scenes (P2) 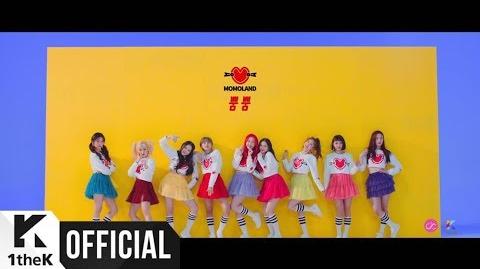