The dancers are a trio of men in light brown complexions. They all have shimmering outlines.

P1/P3 both have short black hair. They both wear a light grey-lavender shirt with a black vest over it. The shirt has two intersecting black lines on the bottom area. They also have black pants, with the end rolled up, and white shoes on their black socked feet. They wear a lone black colored glove on their right hand and a lavender colored glove on their left hand.

P2 resembles Michael Jackson in the music video. He has long black unkempt hair and a black outfit. His overall wardrobe contains a black shirt underneath a black custom-made top, leaving a small cleavage to reveal the shirt. Numerous shiny metallic shapes are attached on the top as well as two brown stubbed belts on his abdomen. He also wears black jeans with a large black belt as well as numerous belt-like straps on his legs and a red rectangular shape on the side of his jeans. Next, he wears a pair of black shoes with white tips. Finally, he wears long black fingerless glove on the right hand and a bright white glove on the left hand that is glittery and shines.

The dancer resembles Michael Jackson in the music video, wearing a black coat and black pants. He is also wearing black shoes.

The dancer is a holographic version of the player, who is accompanied by four backup dancers. The backup dancers are four identical men who wear white shirts, leather jackets, and leather pants.

The dancer resembles Michael Jackson in the music video, wearing a black coat and black pants. He is also wearing black shoes.

The background switches around between different shots of a New York City subway station. Smoke appears as a transition between each shot. During the chorus, "BAD" appears written in big red graffiti letters. 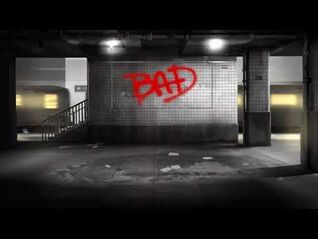 Both Gold Moves: Raise your left leg and your right arm. 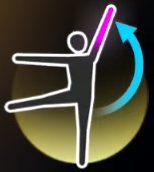 Gold Move: Put both of your arms out to your sides. 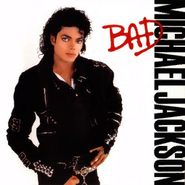 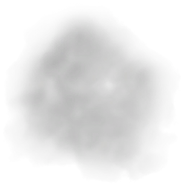 Bad on the Michael Jackson: The Experience menu (Wii)

Bad on the Michael Jackson: The Experience menu (PS3)

Bad on the Michael Jackson: The Experience menu (PSP)

Bad on the Michael Jackson: The Experience menu (DS) 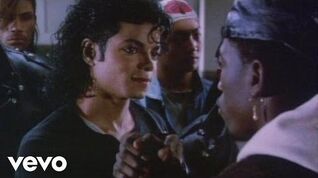 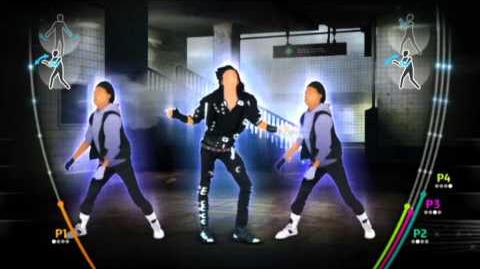 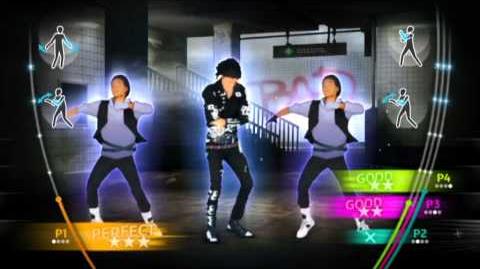 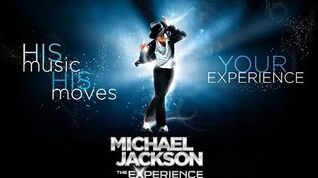 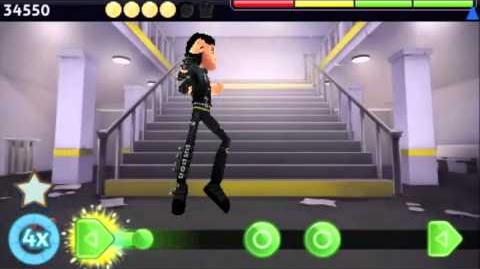 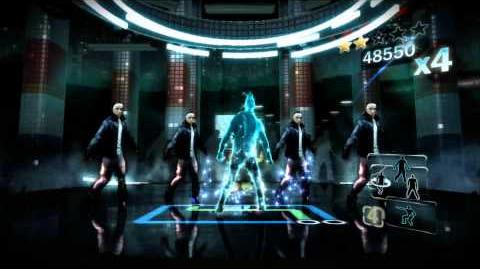 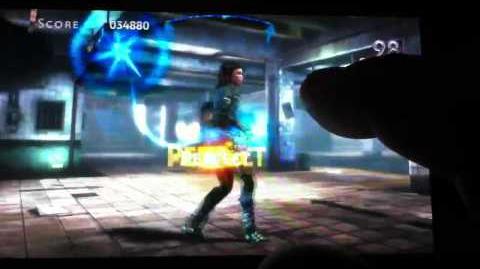 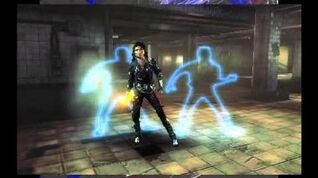 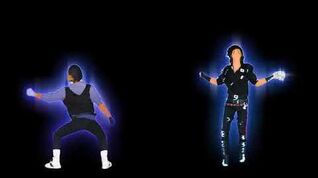