Files
1A: Light Studio
1B: Bluish Daisy Bush
2A: Brown
2B: Deep Anzac

The dancer is a woman with long, blue hair in a half bun with the rest of the hair flowing. On her head, she is wearing a green sun cap with a golden chain around it. She is wearing a cyan hoodie with three long golden chain necklaces on her neck and a black skirt with a periwinkle and black checkered design on the front and back. Over her clothes, she is also wearing a large orange open fur coat that reaches to her knees, with a shiny cyan 0 with a golden outline on the upper left side of the coat and a shiny upside down cyan 2 with a golden outline on the lower right side of the coat. She is also wearing a pair of green knee-length socks, and shiny cyan shoes with white soles. Her accessories includes a pair of black sunglasses, golden bracelets on her left wrist and a golden anklet on her right ankle. She has a black and white full opacity outline.

The dancer is a woman with lime green hair with very dark green tips, with a light green beanie on her head. She wears an emerald green puffed up jacket with a light green shirt and shorts, which has Billie Eilish's logo printed in it as well as some cubic shapes. She also wears a pair of light green socks and light green shoes. Her accessories includes silver chain necklaces. "Billie" is written on the center of her shirt and on the right bottom area of her shorts. She has a thin violet outline, which is surrounded by a thick white outline. The outfit was designed by Billie Eilish herself.

The background is white throughout most of the routine. Multiple silhouettes of the dancer without her coat are seen in the background and they appear briefly in the beat of the music.

At the beginning of the routine, three silhouettes of the coach is seen in the background before the center silhouette moves forward to reveal the actual coach in a glitchy fashion. Other silhouettes appear for a brief amount of time in the beat of the music, doing various poses.

During the verses, there are black and white oily paint-like substance melting in the background, with parts of it pulsing to the beat. The silhouettes are grey and shadow-like and are copying the moves of the dancer during the first seconds of the routine before running around for another few seconds.

During the pre-chorus, the background has static-like effect similar to the ones from televisions, with the palette colors in blue, purple and turquoise green. A silhouette of the main coach is visible, but is represented as a formless static shape and is visibly larger than the other silhouettes. Other silhouettes of the coatless dancer are seen, doing random robotic poses for a few moves before copying with the main dancer, and they have a similar effect with the background. Before the chorus starts, the background turns black and the silhouettes become completely white and glowing. The coach's color scheme also turns black and white.

During the outro, the background cuts into black with faint black static while static noises can be heard for a few seconds. Two silhouettes of the coach, one coatless and the other the default coach, are seen in the background. Each of them flash their details or appearance to the beat of the song while the coatless silhouette does some of the moves differently.

The background features lots of stick-figure men similar to the ones from Billie Eilish’s clothing brand, which bops their head and shrugs to the music. The background color changes periodically throughout the song as well as some additional effects appearing in the changing background. During the intro, it is yellow and the figures were in 3D. During the verses, it features larger versions of them with a light cream skin that features the previous background but with pulsing squares. At the pre-chorus, it features patterns of the figures and squares, alternating with an orange and yellow version. Just before the chorus starts, it briefly 'rains' some of the figures with an orange trail.

During the chorus, the background is blue and the figures were changing colors such as red, blue, lime green and orange. Larger versions of the figure were flying upwards in an angle, as well as the squares appearing along with them. The figures also has effect similar to the ones from the verses as well as having different colors and layers.

During the outro, the background had a brief static effect before turning to a very dark blue background. The outlines of the figures were in 3D-like effect and shining blue. In each dubstep beat, the head glows yellow and rolls off to the other side before appearing back on its proper place. Once the last Gold Move is done, the figures loss their glow, concluding the routine.

There are 2 Gold Moves in the Classic routine, both of which are the same.

Gold Move 1: Get down and cup your hands together as if you were shouting.
Gold Move 2: Similar to Gold Move 1, except that your body is more centered. 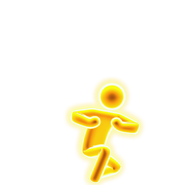 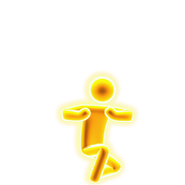 There are 3 Gold Moves in the Billie Version.

Gold Move 1: Point to the screen and run forward.
Gold Move 2: While bent over, cup your hands together as if you were shouting.
Gold Move 3: Put your right hand in front on your face while bending over. 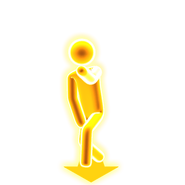 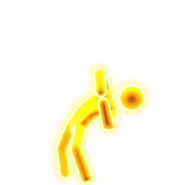 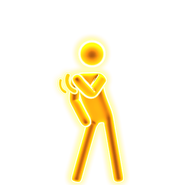 Bad Guy is featured in the following playlists 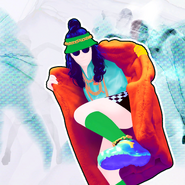 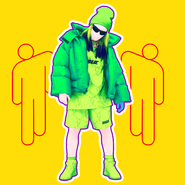 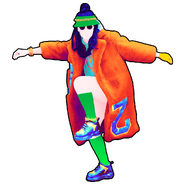 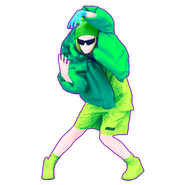 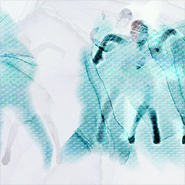 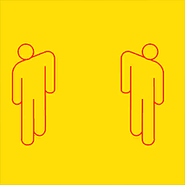 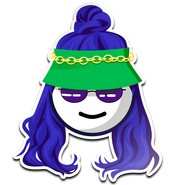 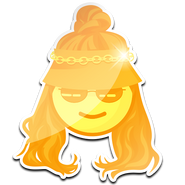 Behind the Scenes
(Billie Version) 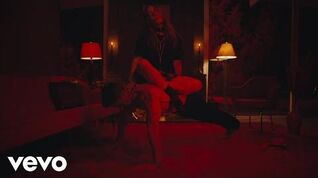 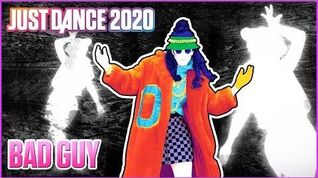 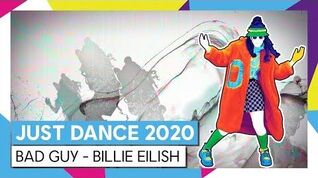 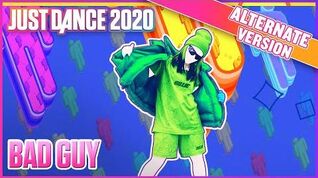 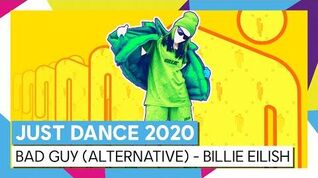 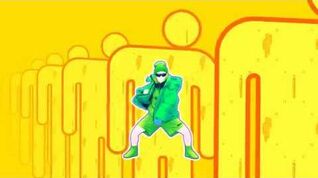 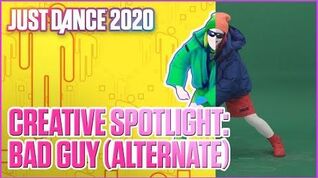 Bad guy (Billie Version) - Behind the Scenes (US) 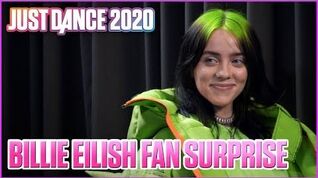 Retrieved from "https://justdance.fandom.com/wiki/Bad_Guy?oldid=1131664"
Community content is available under CC-BY-SA unless otherwise noted.