Leónie Mauger[2]
"Bailando" by Paradisio featuring Maria Garcia and DJ Patrick Samoy is featured on Just Dance 2021, 舞力无限, and Just Dance Unlimited. The song has also been found in the files of Just Dance Now.[3] 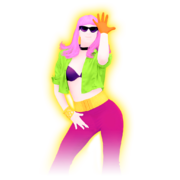 The dancer is a woman. Her outfit is based on Maria Garcia's in the music video. She has pink, shoulder-length hair with straight, blunt bangs and flips at the end. She accessorizes with thin, deep purple, cat eye sunglasses and gold hoop earrings. She wears a simple, deep purple brassiere and a matching choker. Atop, she wears a cropped, chartreuse jacket worn open with the sleeves cuffed to her elbows. Her pants are fuchsia with a flared leg and a thick, gold belt covering her navel. She wears dark cut-out heels and gold bracelets on the left. She has a glowing outline, which changes to yellow or blue and her glove is orange.

The background resembles a retro karaoke screen. There are old television lines and static overlayed on the whole background. The lyrics to the song appear in the Just Dance logo font and are highlighted in hot pink as they are sung. There is typically a beachy-like setting with palm trees on multiple duplicating panels behind clones of the dancer freestyle dancing. During the verses and pre-choruses, the coaches in the background are recolored, now having sky blue hair, a hot pink jacket, mint green pants, and yellow accessories. The sky is at sunset and the palm trees are darkly silhouetted. A rainbow star transitions the background to daytime at the chorus, with palm trees now scrolling across the screen in color. The dancers are silhouetted in white and slightly transparent, with a magenta and blue glow. When the chorus repeats, they then shift color and have a brighter blue glow. A close-up shot of a hand playing a synthesizer keyboard in neon colors is seen at the instrumental break and bridge. More star effects with the dancer inside appear.

Gold Move: Point to the screen with your both arms while shaking your hips. 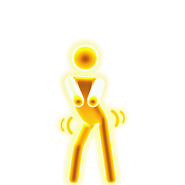 Bailando is featured in the following playlists: 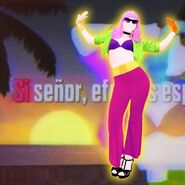 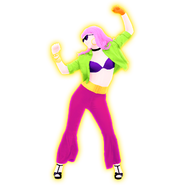 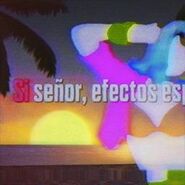 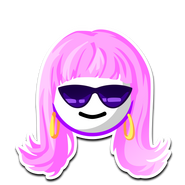 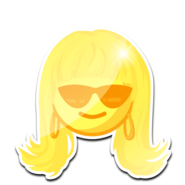 Bailando on the Just Dance 2021 menu

The coach’s cameo in the trailer for Season 3: Virtual Paradise (along with P2 of Without Me)

The coach’s cameo in the trailer for Season 3: Virtual Paradise (along with P2 of Without Me) 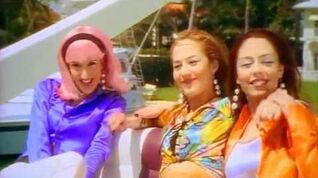 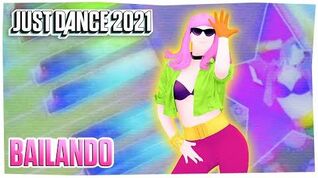 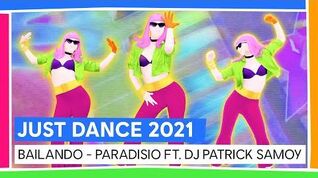 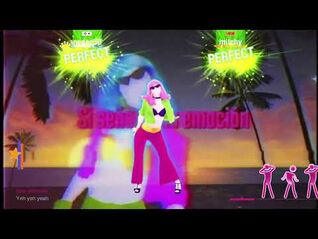 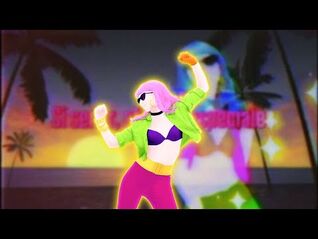