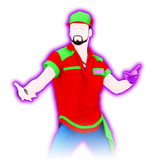 The dancer is a man who appears to be a gas station cashier. He has a black beard and wears a neon green and red cap, a bright red unbuttoned shirt with neon green assets and a name tag, a purple tank top underneath, a black necklace and bracelet, which he wears on his left hand, light blue jeans, and neon green and white Converse sneakers. Before the routine starts, the dancer stuffs a neon green car wash towel in his pocket.

The background is a gas station in a dry, rural land, where fields can be seen in the distance. The gas station has three light blue gas pumps. One can also see many light blue shelves to the left, on which many gas tanks are stored. There are also a red and grey seat and a post with a telephone, between which is the entrance door for the gas station’s shop, over which "Bailar" is written in black. There are also two arrow-shaped signs pointing to the gas station, one light blue and one red. Next to the shop, there's another building, which has a sign composed of a light blue circle with a white outline, and a star in the center of the circle. In the whole background, numerous tires can be seen lying around and move to the beat of the song. During the choruses, the background switches to nighttime, and the camera moves during the whole songs.

Both Gold Moves: Place your left arm under your right arm in front of your chest and freeze. 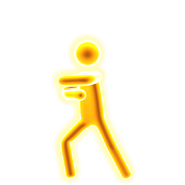 Bailar has a Community Remix launched on March 30th. At the same time, there are four dancers on the screen. Here are the dancers in order:

Bailar is featured in the following playlists: 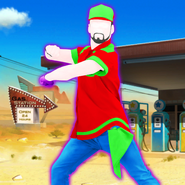 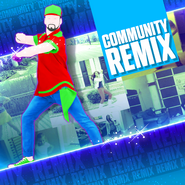 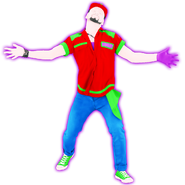 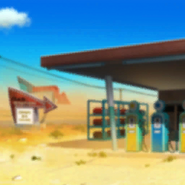 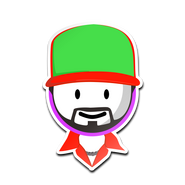 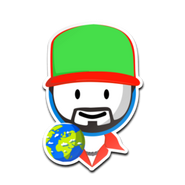 Bailar on the Just Dance 2016 menu

Bailar on the Just Dance 2018 menu

Bailar on the Just Dance 2019 menu

Bailar on the Just Dance 2020 menu 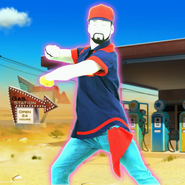 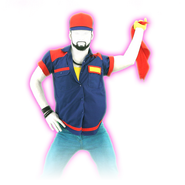 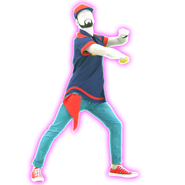 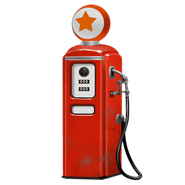 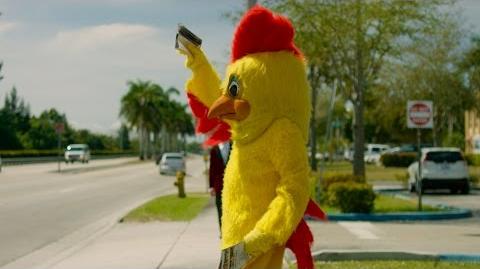 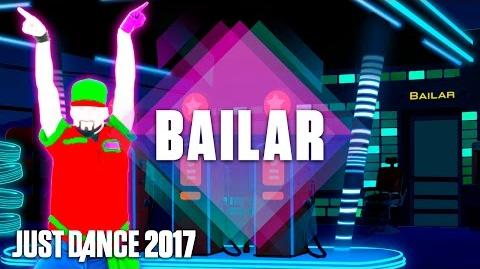 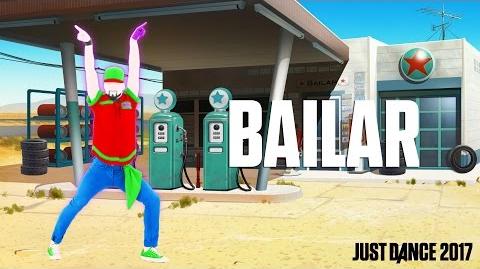 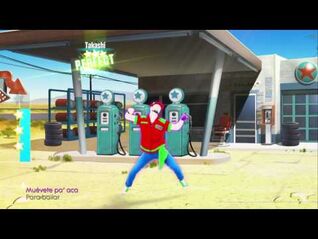 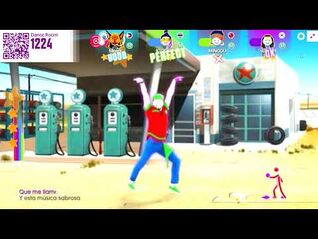 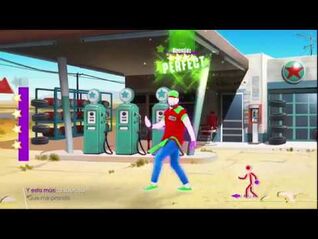 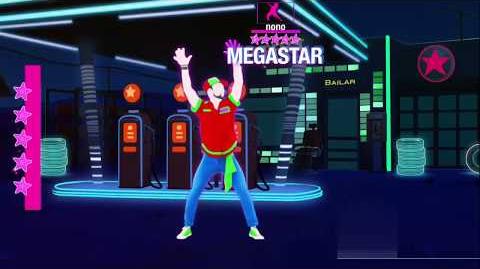 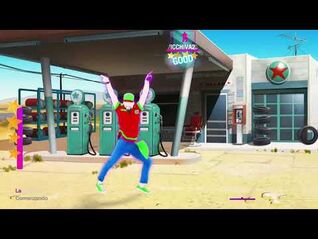 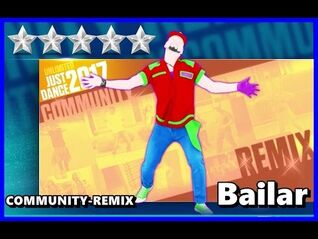 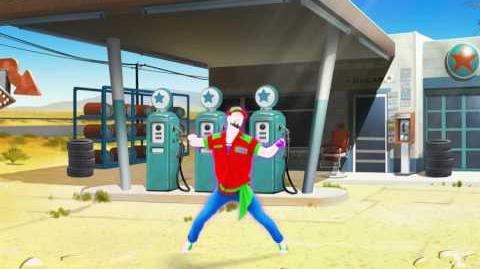