My Everything (Deluxe Edition) • Sweet Talker

JDU
1A: Carmine
1B: Castro
2A: Peach Orange
2B: Pompadour

The routine is performed by a female dance crew.

P2 has short red hair, which is longer on the right side of her face. She wears a light-red strapless bra with a purple bow tie and gold chest straps attached to her pants, dark red patent pants, and red peep toe stiletto ankle boots with cutouts on the back of the heel. She's also seen wearing a pink and gold gem necklace.

P3 has short purple hair in a bob. She is wearing a purple and pink sleeveless top with gold belts, a brown skirt, knee high socks where one is pink and the other is red, and brown peep toe stilettos with gold triangles. 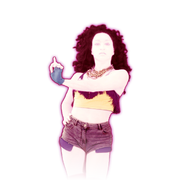 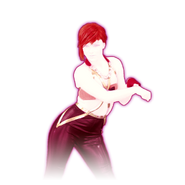 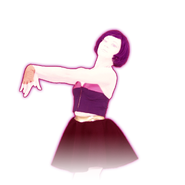 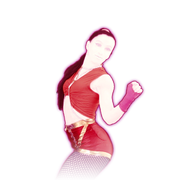 The background is shown to be a light up stage (akin to Ain’t No Other Man), shaped like a roulette wheel. The floor is mostly red and contains a black circle in the middle, which has a yellow sun pattern. The red part of the floor has shining lights on it. The walls have lines of circular lights and a lighting up "Bang Bang". At some parts of the song, four Ace playing cards with each of the four shapes appear and zoom in behind each dancer.

Bang Bang is featured in the following playlists: 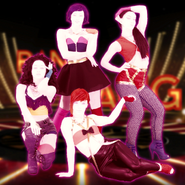 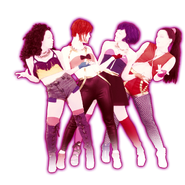 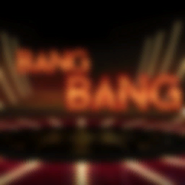 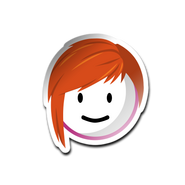 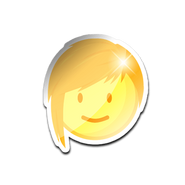 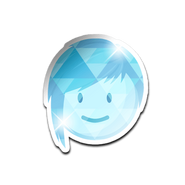 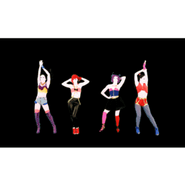 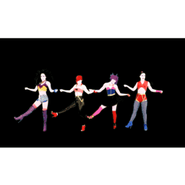 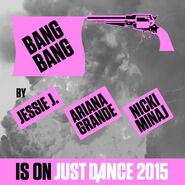 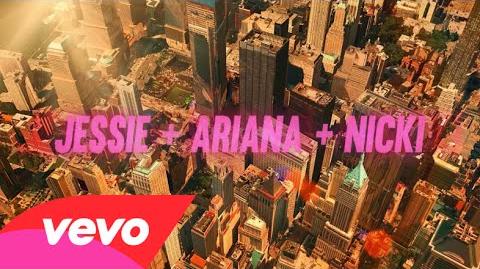 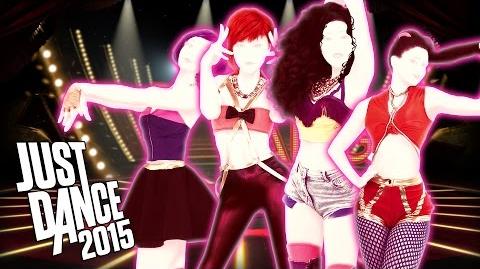 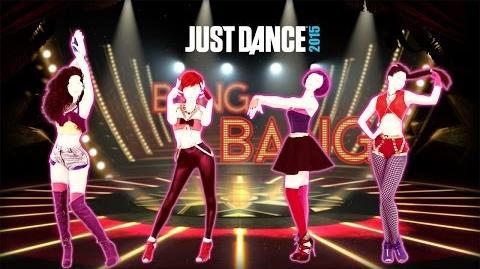 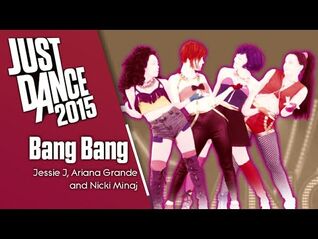 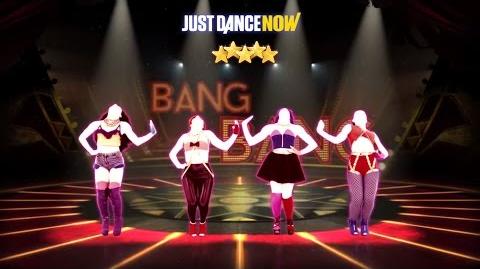 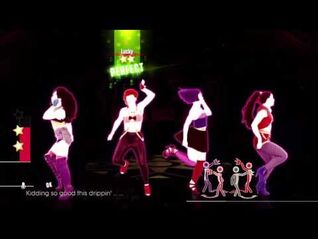 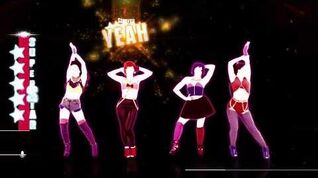 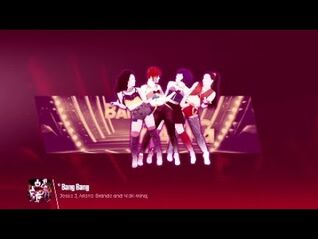 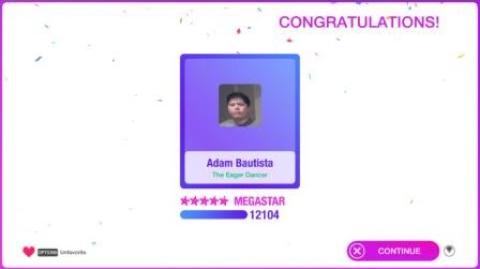 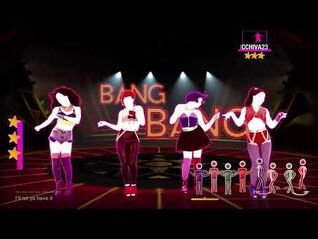 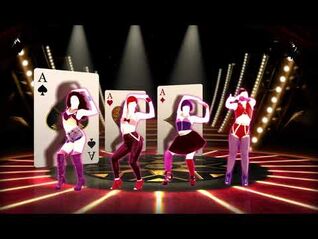