The song also has two alternate routines: an Extreme routine and a VIP Made version.

On the eighth-generation console and Nintendo Switch versions of Just Dance 2019, Bang Bang Bang was one of fourteen tracks to be available at the beginning.

Before the song’s debut in Just Dance 2019, Bang Bang Bang had been intended to appear on 舞力全开：活力派[2] and 舞力全开2017[3], but it was not released on either of the games.

P1/P3 are the backup dancers. Both are men wearing a grayish-blue bandana on their mouth, a matching cape with a hood, cyan lines on the sleeves and a cyan coloring in the inside, and a pair of matching pants with two dark gray stripes. They are both shirtless, and they have a gray-bluish handprint on their torsos.

In the chorus, their clothes become a black beanie with a blood red elastic band, a gray furry neck pillow, a dark red tank top with gray straps, a pair of gray pants with blood red rips on the left leg, and a pair of dark purple boots.

P2 is a man. He is wearing a traditional Native American headdress with black fur and yellow feathers, an orange headband with black zigzag lines and red pompoms on the sides, along with light orange feathers on the back. He also wears a gray jacket with orange boats’ wheels on it, along with bottle green pants with two black lines. He is wearing an orange hoodie with two lilac-gray laces and a darkened orange handprint on it, and a pair of black boots. His glove is lilac.

Towards the end of the song, the coaches change into inverted colored versions of their starting outfits.

In the main series, C1’s headdress is now more of a worker’s hat, but the hat’s decoration still holds the same color scheme of the headdress.

C2 has also received some slight changes in his outfit, as the crown on his hat and his sunglasses are shaped differently. 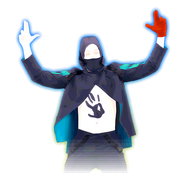 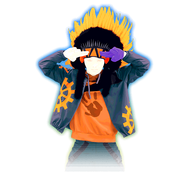 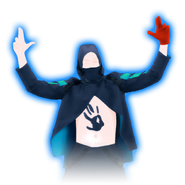 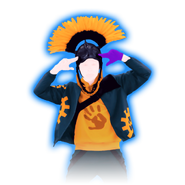 The routine takes place in a factory, starting with a dimly-lit room with a turbine that flashes to the beat of the song and chains hanging on the ceiling. Several speakers and a flight of stairs can be seen under the turbine. At the sides of the room are pile drivers that crash to the beat of the song, kicking up sparks in the process, and pools of molten metal. During T.O.P. and G-Dragon’s verse, the room shines red in color.

Before the chorus begins, the background turns dark and flashes dimly to the beat of the song before revealing P1/P3's clones and an industrial building in the background. Spotlights then start shining in quick succession onto the dancers and the clones.

In the chorus, the background changes into a red industrial building with 2 big pile drivers on it with a red sky and a burning red mountain behind them. Some of the windows are lit up as the pile drivers crash to the beat of the song and kick up sparks and the spotlights on the building shine on the dancers and the clones.

In the bridge, the background turns dark as dark red lines move across the floor slowly while flames, lights, and spotlights shine to the beat of the song.

Gold Move 1: Bounce your right leg, stretch the right arm and bend the left one in front of your head.
Gold Move 2: Move both of your hands down from your head in two circles.
Gold Move 3 (舞力全开：活力派 only):

This section is a stub. You can help by adding to it.
This section details the release and removal history of Bang Bang Bang.

Bang Bang Bang is featured in the following playlists: 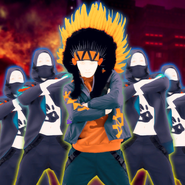 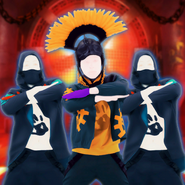 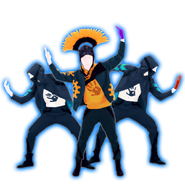 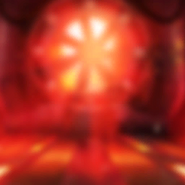 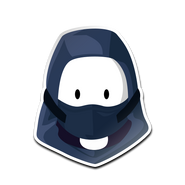 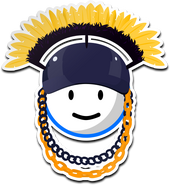 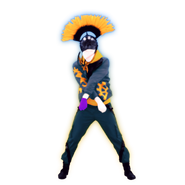 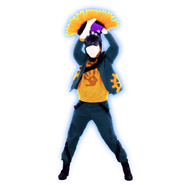 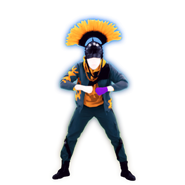 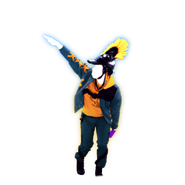 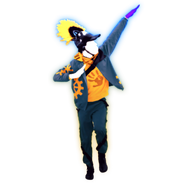 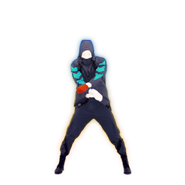 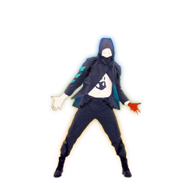 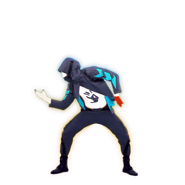 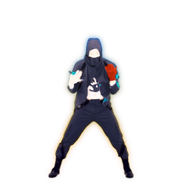 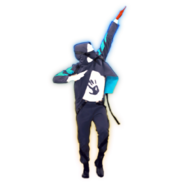 Just Dance Now notification 3 (Classic - along with Make Me Feel) 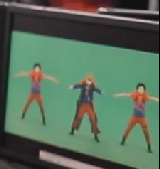 Unused avatar for P2 in the 舞力全开2017 files 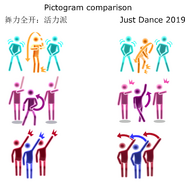 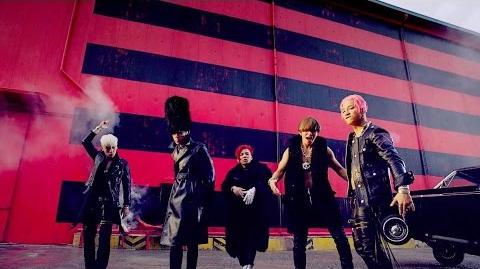 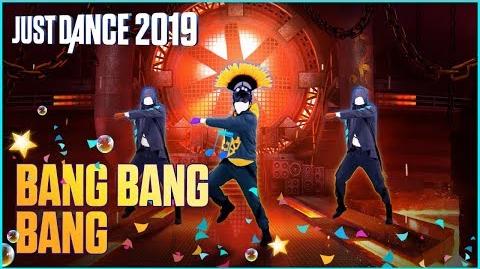 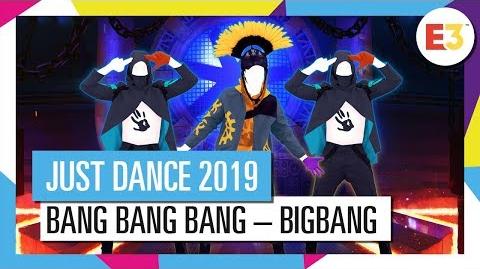 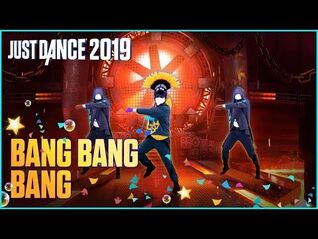 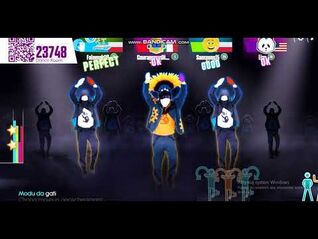 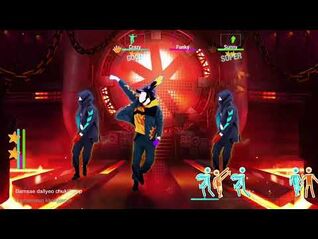 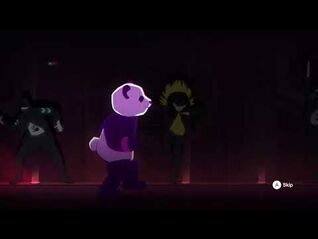