JDCBarBarBar
"Bar Bar Bar" by Crayon Pop was planned to be on 舞力全开：活力派 but was never released before the shutdown of the game.

The routine is performed by an all-female Dance Crew.

P2 has pink hair in side buns, blue goggles, a yellow jacket, a pink undershirt with a pink frosted cupcake on it, a black belt with yellow and pink spots, a light green glove, and pink boots.

P3 has brown hair in side ponytails, pink goggles, a pink dress with a blue candy cane on it, a pink belt, a light blue glove, and pink shoes.

P4 has dark short hair, pink and blue goggles, a green dress with a pink and blue swirl on it, a blue belt with pink and green spots, a pink glove, long pink socks, and blue shoes. 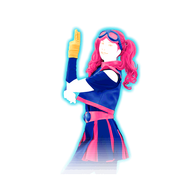 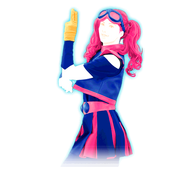 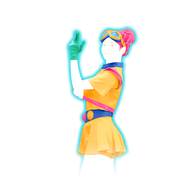 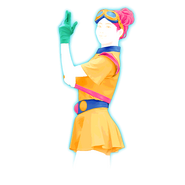 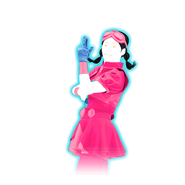 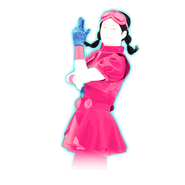 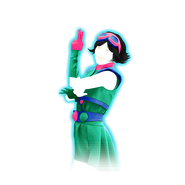 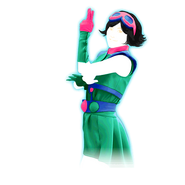 The dance starts in front of a starry sky with asteroids and floating gummy candies; then, it takes place in a candy wonderland covered in pink icing. Behind the coaches, there is a row of rainbow candy bricks, chocolate hills covered in cream and pink icing and other objects that appear when certain lines are sung, such as rainbow confetti rain, cotton candy trees, jelly sugared almonds, ice cream cones, gummy bunnies, an orange pudding mountain, yellow and white candy canes and lollipops; when "Get set, ready...go!" is sung, the scenery moves backwards.

When the chorus starts, the coaches fly to a sugar cloud with a candy fortress, stars and a circle made of candy bricks. After the chorus, the coaches fly back down; the new scenery follows the same layout at the previous one, but it is made of fruit and vegetables this time: there are little mushrooms, carrots, broccoli, a lemon slice, a big strawberry, a star fruit and two fruit-shaped hot air balloons. The new chorus scenery is different, too: the cloud, this time, features other mushrooms, a rotating lemon slice with mushrooms around, which sometimes flashes other colors.

During the bridge, the coaches are in front of the starry sky from the beginning; however, there are a lemon slice silhouette and other colorful ones behind them that follow their moves (such as other gummy candies and lollipops). In the final chorus, the two chorus scenarios are re-used one after the other; then, the song ends with the starry sky.

Gold Moves 1 and 3: P2 and P4 stretch their arms down and jump, while P1 and P3 crouch and bend their elbows 180°, with their arms on their chests.
Gold Move 2: 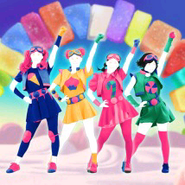 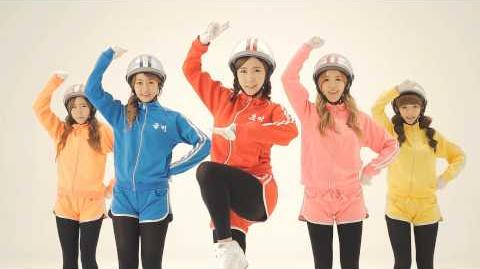 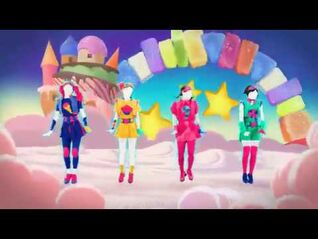