JDU
1A: Moccaccino
1B: Bittersweet
2A: Bluish Blumine
2B: Light Cerulean Blue

P1 looks like a 50’s Barbie doll. Seen in the beginning and end of the routine in games before the remake, her name is Dolly. She has orange hair in a ponytail with a bow in her hair, a choker with a light blue heart, and a hot pink gradient dress with orange/red spots on it. She has a light blue glove, and pink heels with bright pink socks and light blue bow ties on it. In the remake, she has a more plastic-like texture.

P2 resembles Ken. As seen in the beginning and end of the routine in games before the remake, his name is Dan. He has orange hair, a hot pink collar, light blue coat/jacket with a white zip, orange sleeves, hot pink glove, white shorts, long aqua socks, and orange and white sneakers. In the remake, he has a plastic-like texture. 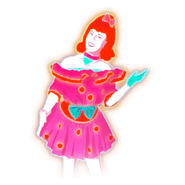 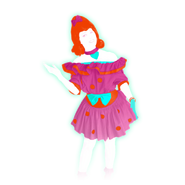 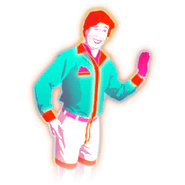 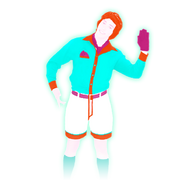 The beta coach is a girl dressed as a princess. She is a curvy woman with bright pink hair. She wears a small orange top hat, a pink dress with dark purple at the sides. She also wears a yellow glove.

The dancers are inside of a doll box that reads "Dolly & Dan," which quickly moves upward to reveal the background. This background consists of a gray wall with a piece of cardboard taped on the wall. The cardboard acts as a mural depicting a resemblance of a Barbie playset. The time appears to be night, as there is a hot pink sky with glowing stars. A swimming pool consists of the majority of the bottom, while behind it consists of light green grass. To the right is a large pink dollhouse, a brown pavement near the house, and grey and pink trees that look like lollipops around the sides of the house. To the left is a white fence. Far off in the distance is a light pink hill, and on top of it is a sign that says "HOLYTOCH." Whatever is not on the cardboard are two inflatable coconut trees, an inflatable blue dolphin and a bouncing volleyball. At the end, the photo frame reappears to frame the dancers.

The aforementioned props that are not part of the mural move more in Just Dance 2, Just Dance: Summer Party, and the remake. Also, in the remake, the doll box from the beginning of the routine and sign are absent.

All Gold Moves: Turn towards your partner and touch their shoulders. P2 does this before P1. 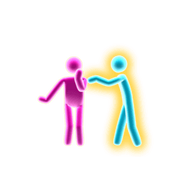 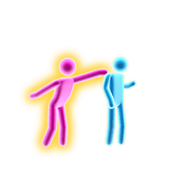 Barbie Girl is featured in the following playlists: 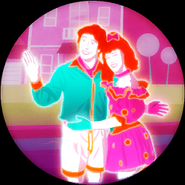 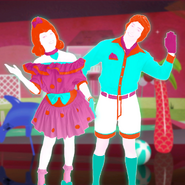 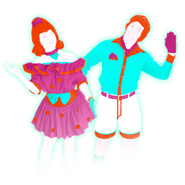 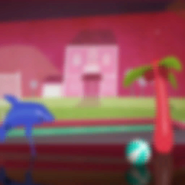 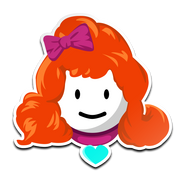 Barbie Girl on the Just Dance: Best Of menu 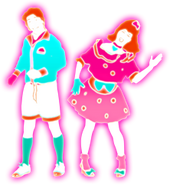 Just Dance Now notification (along with Medicina and Rockafeller Skank)

Promotional gameplay with switched positions and pictograms from the Beta routine

The coaches in front of the Crying Blood background in the Just Dance: Summer Party trailer 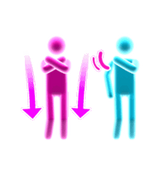 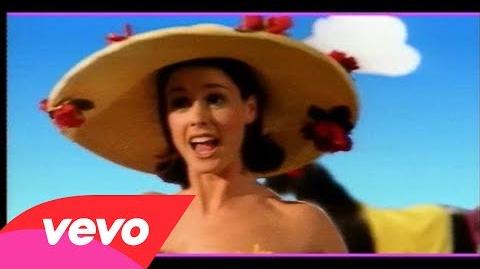 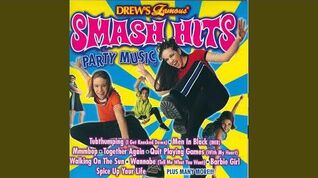 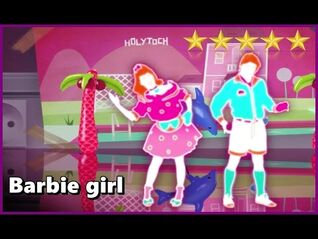 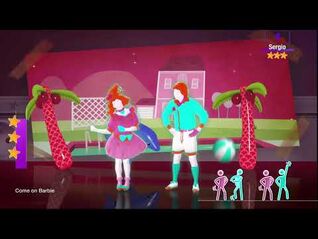 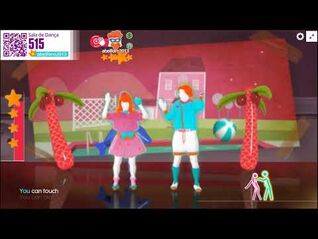 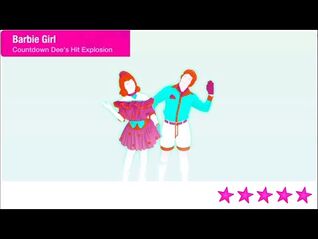 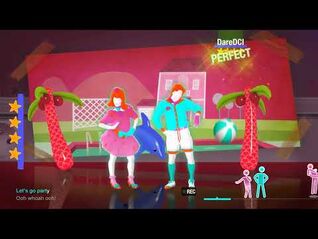 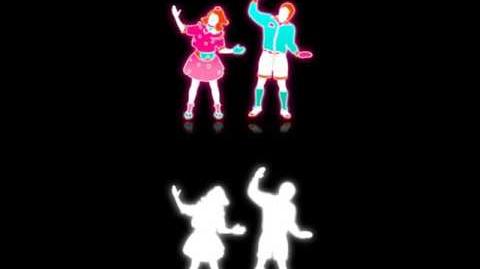 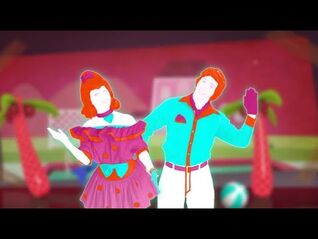