"Barbra Streisand" (Extreme Version) can be redeemed for play on Just Dance 3 with a code. 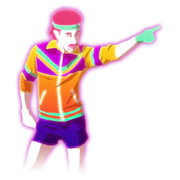 All Gold Moves: Point up once with your right arm and point to the left twice with your left arm. 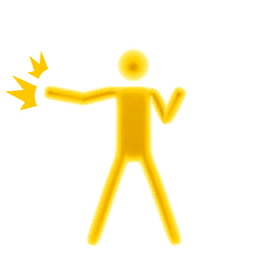 Barbra Streisand (Extreme Version) appears in Puppet and Party Master Modes. Here are the captions attributed to his dance moves: 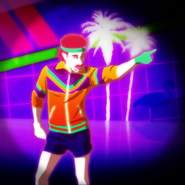 Notification from unlocking the routine (Wii and PS3) 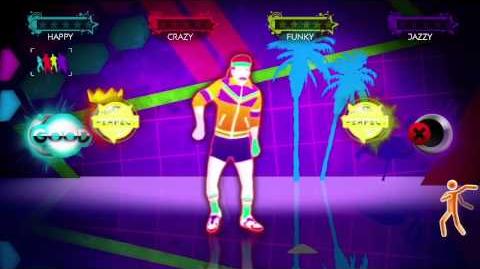 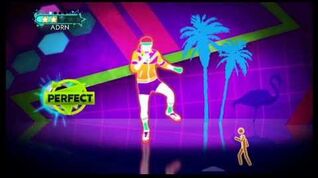