The dancer is a woman with black, curly hair into a ponytail . She has an orange undershirt with a black vest and a tie with white and magenta stripes. Along with it, she has black shorts, and a white belt and chain around her waist on her shorts. She also has open-toed orange heels. She has a purple outline.

The extreme dancer is a man with long red hair and a purple mustache. He wears a turquoise head band, an orange sweater with purple and aqua stripes, purple shorts, green socks with a peach stripe and white and red shoes with purple laces. He has a pink outline. 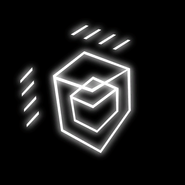 Choreography error
(Extreme Version)
Add a photo to this gallery 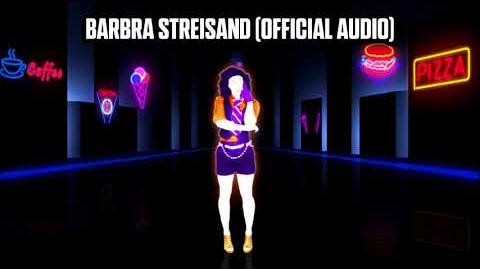 Retrieved from "https://justdance.fandom.com/wiki/Barbra_Streisand?oldid=1084177"
Community content is available under CC-BY-SA unless otherwise noted.