P1/P3 is performed by two men. They're wearing a blue and red jacket, a black undershirt, blue jeans, and black and white sneakers.

P2 is Michael Jackson. He is wearing a red jacket, a bluish-gray under shirt, black pants, and black shoes.

A café with a sign that reads So Beat It or Just Beat It, an alley and a construction site with silhouettes of people imitating the P2 dancers.

There are 3 Gold Moves for P2 and only 1 Gold Move for P1/P3 in this routine:

Beat It on the Michael Jackson: The Experience menu (Wii) 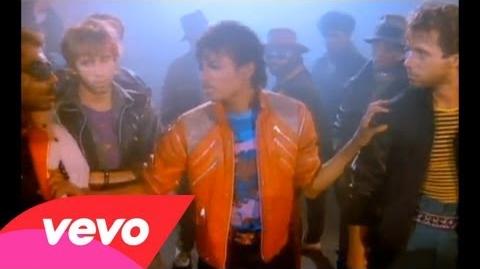 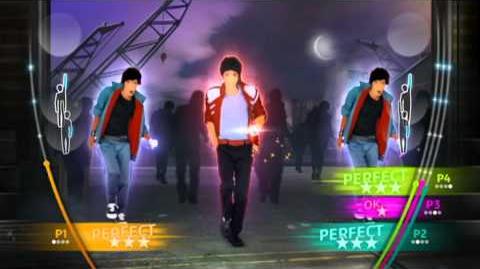 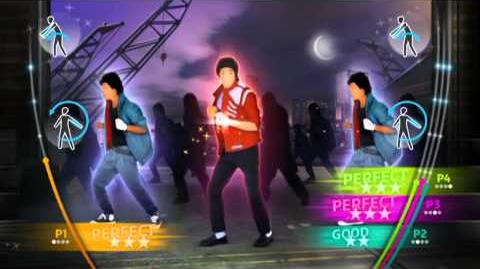 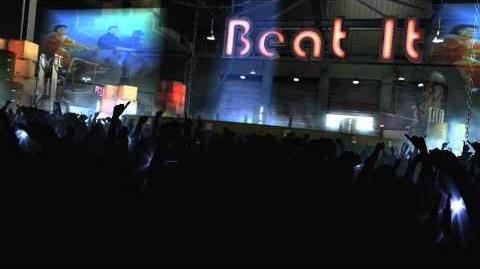 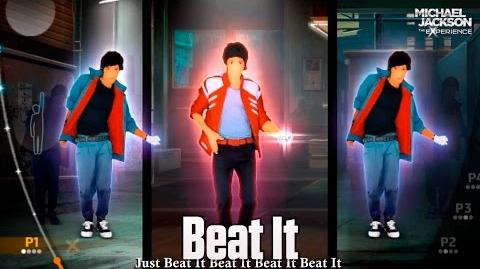 Beat It - Michael Jackson The Experience 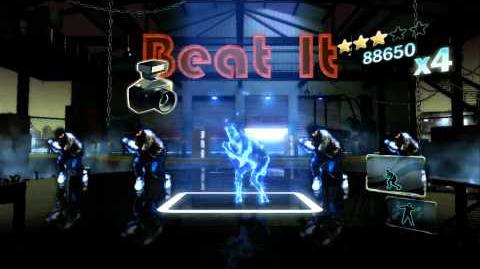 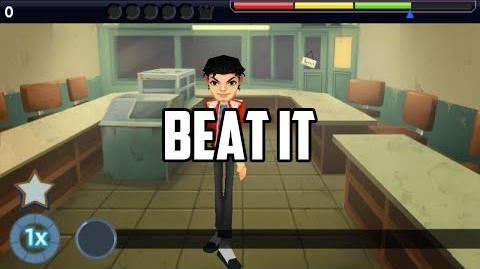 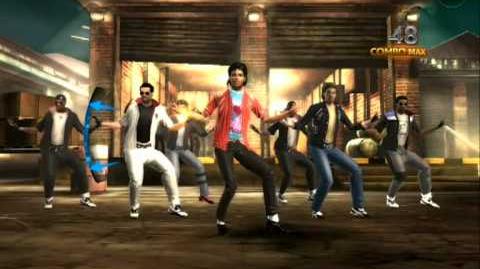 Retrieved from "https://justdance.fandom.com/wiki/Beat_It?oldid=1166329"
Community content is available under CC-BY-SA unless otherwise noted.