"Better In Stereo" by Dove Cameron from Liv and Maddie is featured on Just Dance: Disney Party 2.

P1 is a girl with dirty blonde hair in a long ponytail, and she wears a red T-shirt with the number 5, as well as light-washed skinny jeans, and red sneakers. She resembles Maddie.

P2 is a girl with wavy blonde hair, and she wears a red dress and matching wedges, as well as a white jacket. She resembles Liv.

The background is a two-sided room with conflicting personalities, which represents Liv and Maddie’s real room on the show (from seasons 1-3). There is a giant window in the middle of the room, adorned with pillows. The color of the room is tan before the coaches bring up a gray wall seperating the room to further contrast the TV characters’ personalities. This changes both sides of the room, also corresponding to the personalities.

The left half of the room (resembling Maddie’s half) has basketball items such as a hoop and prizes hanging on the wall, as well as a green dresser to the left. On the floor is a basketball and two black and white striped sneakers. Sticking out of the right sneaker is a blue triangular flag with the name "Maddie" on it. The singular square pillow on the left side of the window is purple.

The right half, in contrast (resembling Liv's side), is much more vanity-like, as evident by the elegant mirror and cosmetics sitting on top of the table. In front of her violet dresser on the right are two matching black high heels. There are butterflies painted on her wall, which light up throughout the song. The two yellow and purple pillows sitting on the right of the window has pictures of lips on them.

The wall that separates the two sides continue to hold up and wobble, corresponding to the coaches’ movements. At the end of the routine, they make the wall vanish and zoom up, which reunites the two sides of the room.

There is one Gold Move in the routine:

Gold Move: Twirl your hips around. P1 starts twirling with the hips at the left while P2 does it starting at the right. 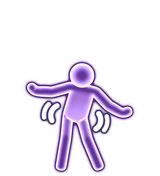 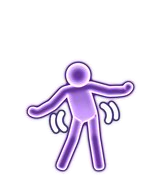 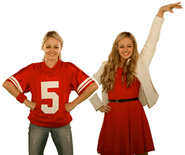 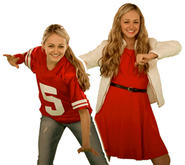 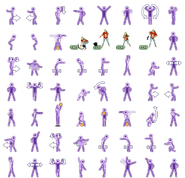 Better In Stereo on the Just Dance: Disney Party 2 menu 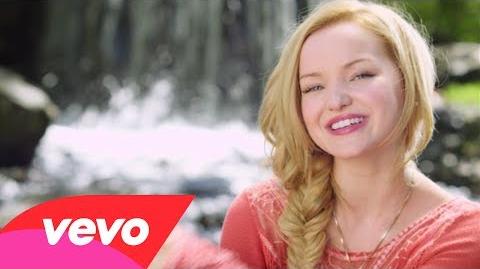 Dove Cameron - Better in Stereo (from "Liv and Maddie") 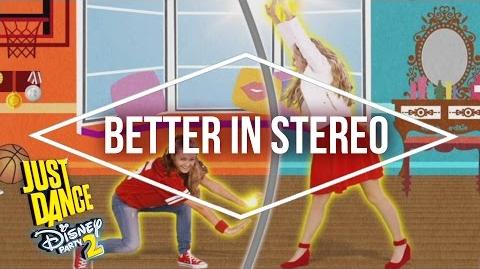 Better In Stereo - Gameplay Teaser (US)

Retrieved from "https://justdance.fandom.com/wiki/Better_In_Stereo?oldid=1238712"
Community content is available under CC-BY-SA unless otherwise noted.