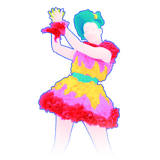 The dancer is a woman with turquoise hair and a turquoise bow with a yellow band. She is wearing a dress with red, pink, and mango layers and a turquoise belt in the middle of the dress, a red feather bracelet on her wrist, and high heeled shoes with bows on the ankles.

The routine starts with a light blue background, where the coach is surrounded by some purple flowers and kaleidoscopic clones of her. Then, the background shows palm trees and blue and scarlet macaws that swing their head to the beat, and then it shows kaleidoscopic palm leaves with red hibiscus flowers, other macaws, and pineapples.

In the chorus, there are flowery palm trees placed one behind the other in order to form a tunnel, along with other hibiscus flowers and toucans moving around the screen in a circle; then, it shows a kaleidoscope with hibiscus flowers, palm leaves, pineapples and clones of the coach in shades of red, along with colorful butterflies coming out of it.

In the bridge, the background is night-themed and shows other palm leaves with flamingos and hibiscus flowers, and kaleidoscopes with clones of the coach in shades of blue appear whenever "Oh aye oh" is sung. The night scene remains until the end of the routine.

Gold Moves 1 and 2: Put your hands on your hips and shake them along with your shoulders.
Gold Move 3: Throw your arms slightly forwards and backwards, and then lower them.
Gold Move 4: Open your arms in a quarter-circle. 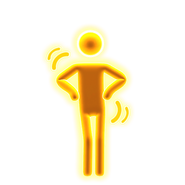 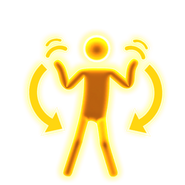 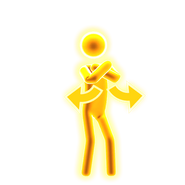 Better When I’m Dancin’ appears in the following Dance Quests:

Better When I’m Dancin’ is featured in the following playlists: 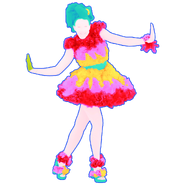 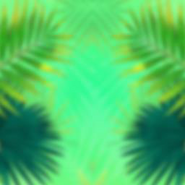 Better When I’m Dancin’ on the Just Dance 2016 menu

Better When I’m Dancin’ on the Just Dance 2017 menu

Better When I’m Dancin’ on the Just Dance 2018 menu

Better When I’m Dancin’ on the Just Dance 2020 menu 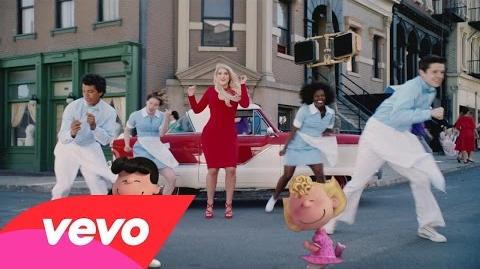 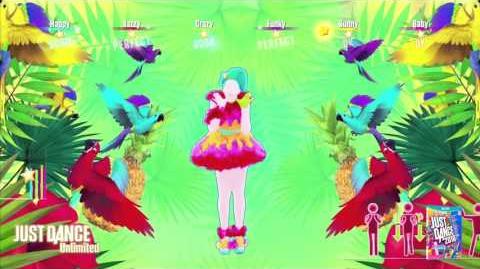 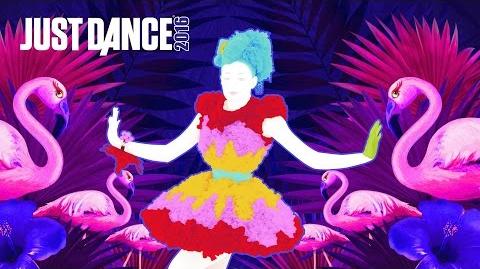 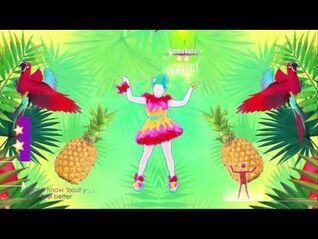 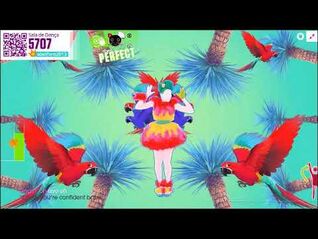 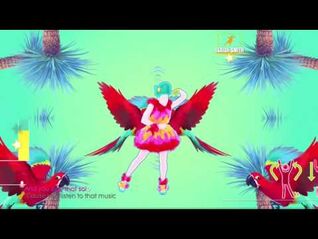 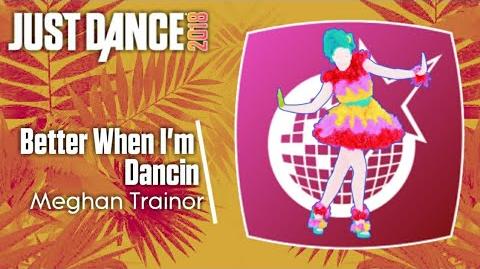 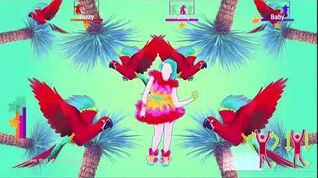 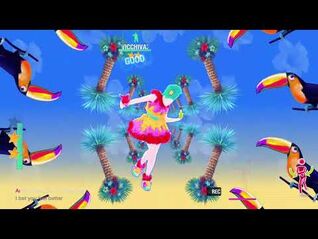 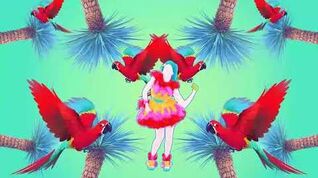 Retrieved from "https://justdance.fandom.com/wiki/Better_When_I’m_Dancin’?oldid=1381715"
Community content is available under CC-BY-SA unless otherwise noted.