BigBowlThickNoodle
BigBowlThickNoodleALT (Alternate)
"Big Bowl Thick Noodle" (大碗宽面) by Kris Wu (吴亦凡) is featured on 舞力全开. The Classic and Alternate routines can also be found in the Chinese servers of Just Dance Unlimited.[1][2] 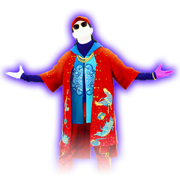 This section is a stub. You can help by adding to it.
The dancer is a man. He has long, black hair. He wears a red cap and black sunglasses with gold rims. His glove is magenta. He has a dark blue, fading outline. He starts the routine with a white and dark blue fan. His outfit consist a Chinese themed outfit, he is wearing a red jacket with light blue and golden cranes over a dark blue long-sleeved shirt, a light blue and cyan opened vest with s Chinese patterned design, red long pants, and black and cyan sneakers with white soles.

Gold Move 1: With your body slightly bent over towards the right side, raise your arms in a 90° pose and make your knees bounce three times.
Gold Move 2: Like Gold Move 1, but it has to be done twice rather than three times. 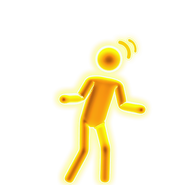 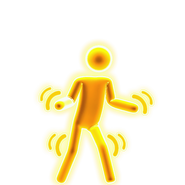 Gold Move 1: Make a circle, with your arms.
Gold Move 2: Lean back and loosely shake your arms back and forth. 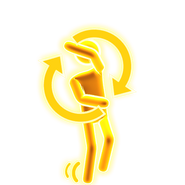 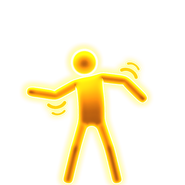 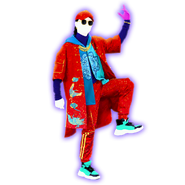 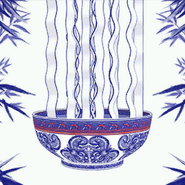 Retrieved from "https://justdance.fandom.com/wiki/Big_Bowl_Thick_Noodle?oldid=1382035"
Community content is available under CC-BY-SA unless otherwise noted.