Just Dance Wiki
Register
Don't have an account?
Sign In
Advertisement
in: Songs, Traditional songs, Before 1900s,
and 10 more
English

The dancer is a girl in a dark brown dog costume. The dog costume contains a dog nose with whiskers painted on her face, floppy dog ears and a dog tail. She wears a pink scarf on her neck and light brown boots.

The background contains an animated road, which has a light brown dirt road, bright blue sky and green grass. By the distance, there are series of small hills. There are also small trees and pink flowers doting around the landscape. In the sky, there are clouds shaped like bones floating by.

The left background dancer is a girl with black hair. She wears an orange flower on her right ear, a steel blue scarf on her neck, sleeveless denim overalls, and brown shoes.

The right background dancer is a boy with short black hair. He wears a red scarf on his neck, denim overalls over a dark red and white checkered shirt, and brown shoes.

Gold Move 1: Quickly raise your hands up.
Gold Move 2: Put your hands up near your face as if you were in a sparring match, but your right arm is lower. This is the final move of the routine.

Bingo appears in the following playlists: 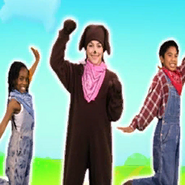 Extended version of the square 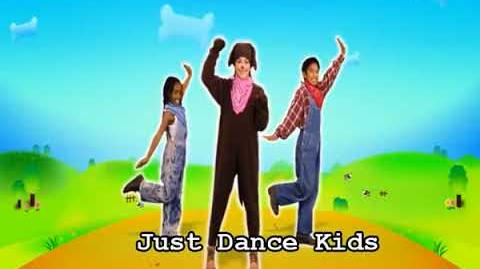 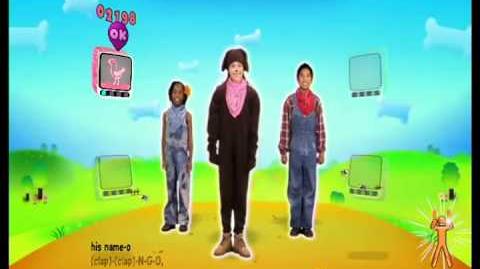