Two African men with half-painted face, a red skirt and a pair of ochre furry shoes.

Two Indian women with a golden crown, black hair tied in a chignon, a red shirt and a dark green skirt.

The background often changes, as well as the backup coaches. The routine begins into an African Savannah with the father from the music video sitting on an armchair in the background and some zebras; then, it changes to a road at night with cars and Indian buildings; the third background is an American desert along with the canyon, which switches to a fiery background before the rap part; the fourth background is in front of a house at the City Streets with some graffiti reading NATION and HUMAN RELATIONS; the fifth background is a snowy scene of the Kremlin and on the background, it features the Temple of all Religions in Russia. The title of the song appears whenever it's sung.

At the end, it turns to a balcony at dawn, with several buildings and landmarks from various countries (such as the Eiffel Tower the Sphinx, the Big Ben, the Taj Mahal, the Colosseum, the Golden Gate Bridge, a Buddah statue and a Mayan temple) and the words Black and White appearing in various languages just like in the music video.

There are 3 Gold Moves for P2 and only 1 Gold Move for P1/P3 in this routine: 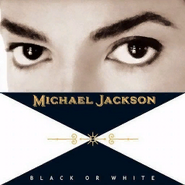 Black Or White on the Michael Jackson: The Experience menu (Wii)

Black Or White on the Michael Jackson: The Experience menu (PS3)

Black Or White on the Michael Jackson: The Experience menu (PSP)

Black Or White on the Michael Jackson: The Experience menu (DS) 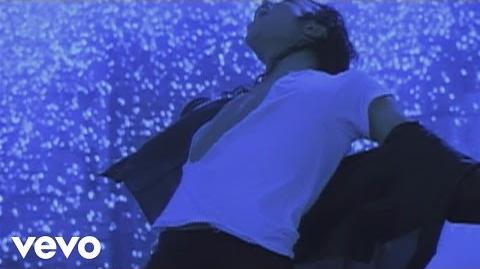 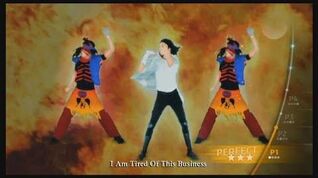 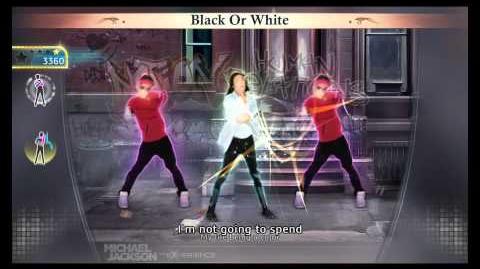 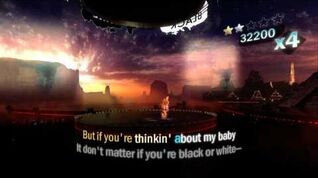 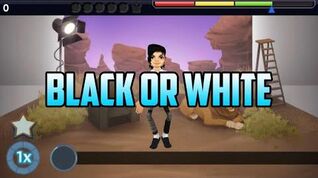 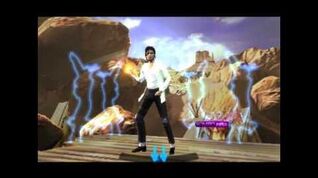 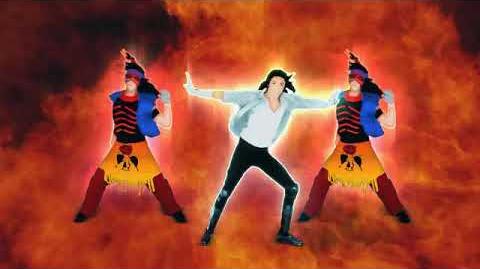 Retrieved from "https://justdance.fandom.com/wiki/Black_Or_White?oldid=1358004"
Community content is available under CC-BY-SA unless otherwise noted.