The song also has an Extreme Version, which can be unlocked by earning Superstar or higher on the Classic routine.

The dancer is a futuristic, androgynous female cyborg amputee. Her right arm is replaced with a conical, yellow bionic limb. At certain times in the routine, it glows yellow from within. The dancer has a black undercut with a dyed turquoise fringe parted on the right. She has a pair of black shield shades. Her top is a black, sleeveless cropped top with a blue metallic sheen on the front. A geometric, pink chestplate is worn over her top. It is made of many geometric reflective panels and matches the aesthetic of her prosthetic. She wears shiny, dark, skinny pants. It has a black waistband with silver grommets and two long wallet chains attached. A black strap harness with silver fastenings is also worn on the left. The dancer wears shin height, violet combat boots with silver buckles. She accessorizes with a fishnet sleeve and multiple studded leather straps on the left and a pink sleeve with black adornments on the right.

In the intro cutscene and the final instrumental hook, the dancer becomes fully black with her features outlined in golden yellow. There is a lime green, glowing outline around the dancer.

The background takes place in a futuristic purple grid landscape with low-poly terrain. With flying vehicles, beams of light and a lot of low-poly various objects with neon outlines. During the chorus, the coach gets inside of a large flying low-poly object with a purple neon outline and spotlights shining to the beat, that also has a large futuristic city on top of the flying object. Inside the flying object, there are large shapes that light up bright pink to the beat of the song.

Gold Move: While facing left, cross your arms up. 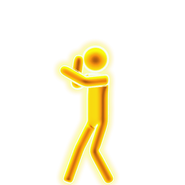 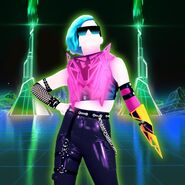 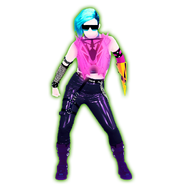 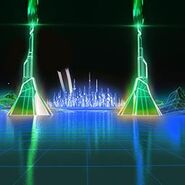 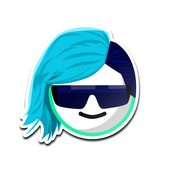 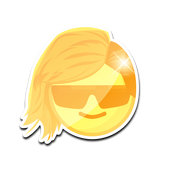 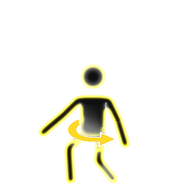 Pictogram error 1 (the arrow is surrounded by grey pixels) 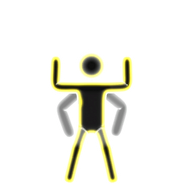 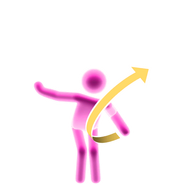 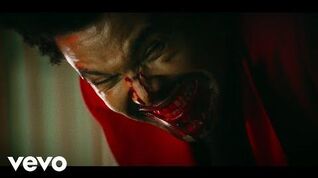 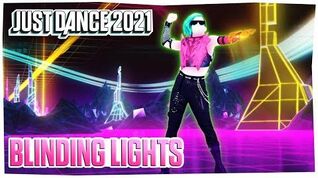 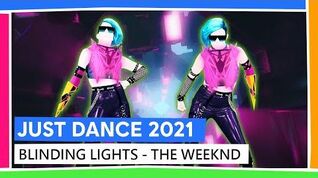 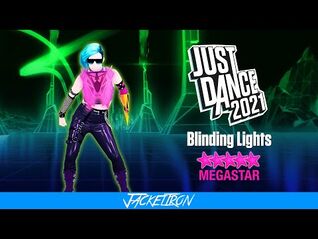 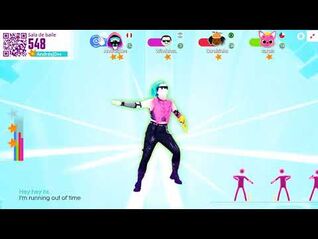 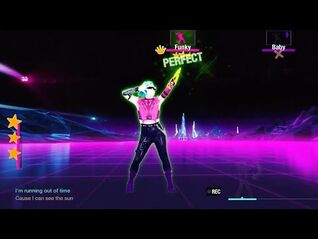 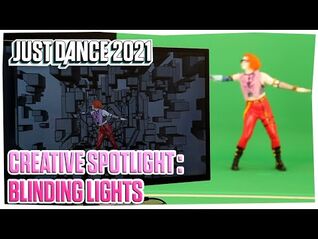 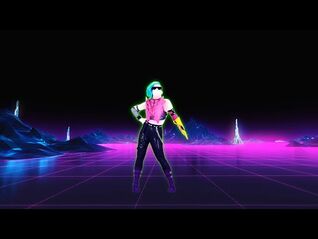