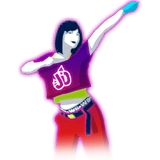 The dancer is a female teenager with black hair in a bob cut. She wears a purple blouse that reads "JD" over a lime-yellow shirt, a navy blue belt, red capris pants, blue socks, and navy blue with white shoes.

The background looks like a cross between New York City and Philadelphia. The dancer is dancing on top of a high rise building. There are signs that say "JD" and "Fresh" on the right.

Gold Moves 1 and 3: Bring your right hand down.
Gold Move 2: Throw your arms up.

Body & Soul is featured in the following playlists: 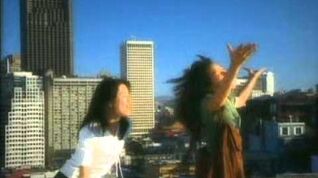 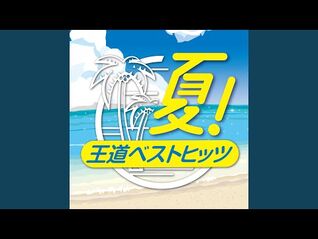 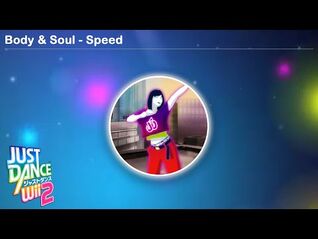 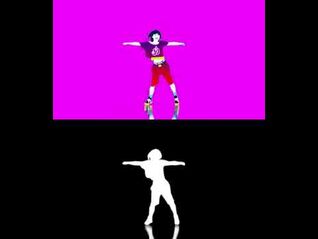