The dancer is a woman with dark purple curly hair. She is wearing a mint green and yellow headband, a teal short sleeved shirt with a dark purple leotard, a yellow belt around the leotard, mint green sneakers, and dark purple and teal wristbands. Before the beginning of the chorus, she will quickly and briefly change color palettes.

The dancer now has a purple outline. She no longer goes through multiple colors at the start of the chorus. Her face is now less visible. She is also more realistic. 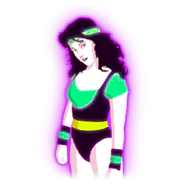 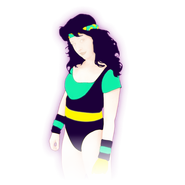 The background is in the layout of a gym. There are lockers, a barbell, and a neon caption saying "Body Movin’" glowing in light green color. Behind that sign is a man flexing his muscles and two tigers at his sides. 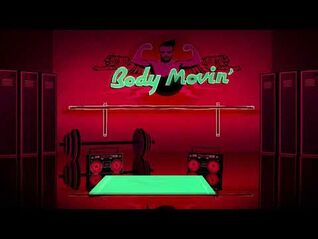 In the remake, the lockers act like music bars, and many elements are differently animated. 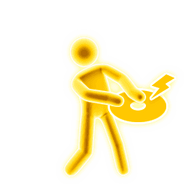 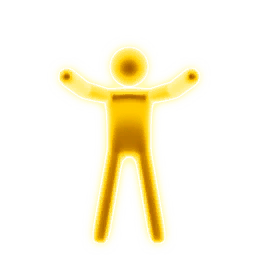 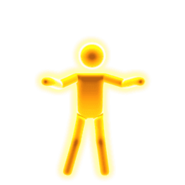 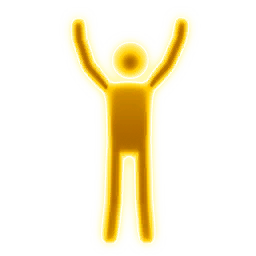 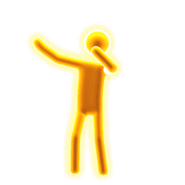 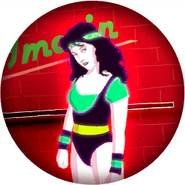 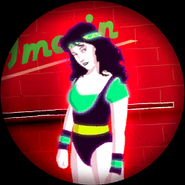 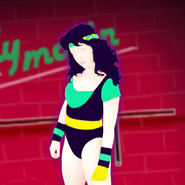 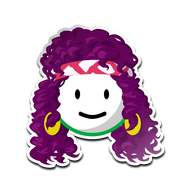 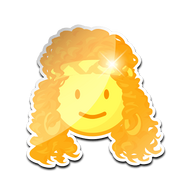 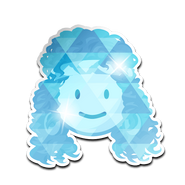 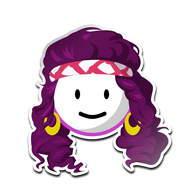 Avatar in the Just Dance 2016 fankit 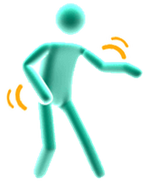 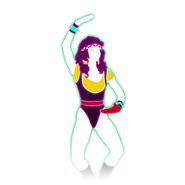 The dancer’s different color scheme in Hungarian Dance No. 5 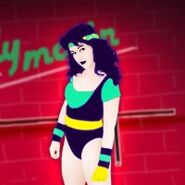 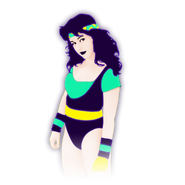 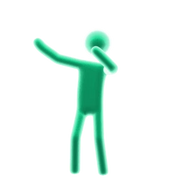 Beta pictogram for the remake

The glitch on the coach’s right foot 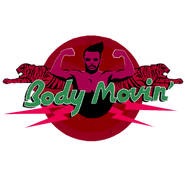 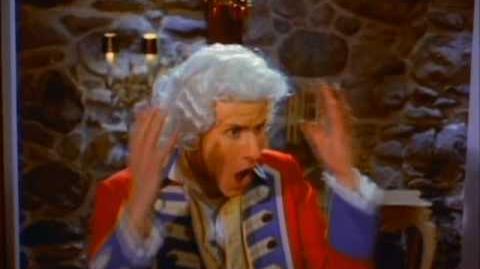 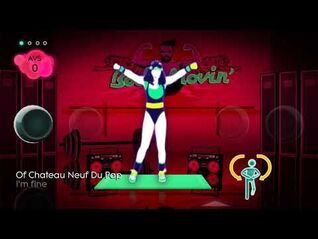 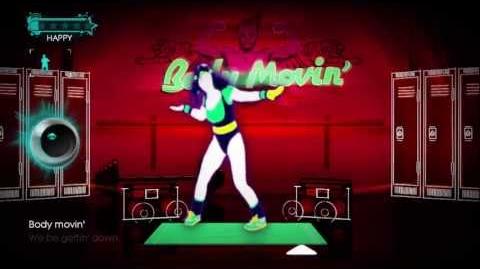 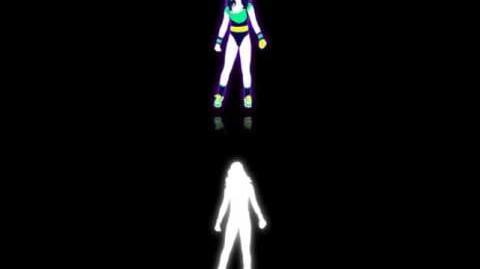 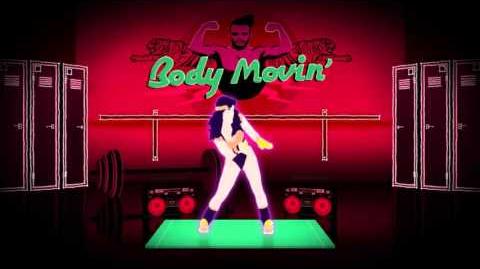