1A: Tangerine
1B: Sepia Black
2A: Bright Cerulean
2B: Navy Blue

The costumes for the dancers has a very western sense of clothing with hints of Egyptian and Arabic clothing styles. They are supposed to represent futuristic Egypt.

P1 is a man. He wears a gold and blue turban, shaped like a beanie. He wears a brown one-piece hoodie-and-pants, which are loose and baggy and zipped up to just below his chest. The sleeves and pant bottoms are rolled up to some length. The costume is adorned golden alphabets on them. He has blue shoes with gold Velcro laces and white soles. He wears a blue shirt on the inside, with two gold chains over it. He also wears a pair of sunglasses.

P2 is a woman. She has short curly black hair that is combed down forming two sections on either side. The hair is secured by the hood of an olive-green overcoat, over which is a designer headband. The olive-green overcoat is loose and has a North African style. She wears a leopard-print blue body suit with heavy and long gold jewelry covering her neck and chest. She also wears two waist chains, also golden. She wears purple shoes with black laces and soles. She also wears a pair of sunglasses.

P3 is a man. He wears a blue shirt buttoned to the collars with a gold chain and pendant. Over that, he wears a purplish-brown unzipped hoodie with the hood resting over his head and secured by a black-and-gold agal which is an Arabic headgear for men. He also wears pants of the same color as the hoodie, and both the pants and the hoodie are covered with golden alphabets. He wears black socks with a gold-laced pair of slippers which have white soles. He also wears a pair of sunglasses. 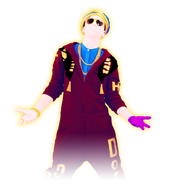 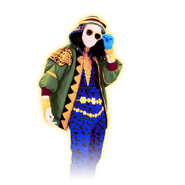 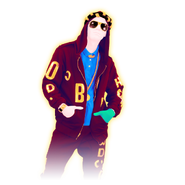 The dancers are in front of a city skyline that has red and gold patterns around the city skyline. It is night time during the routine. During the chorus, they city is more 3D-ish and they are moving through it.

Gold Move 2: Strike both arms to the front of you.
Gold Move 4: Similar to Gold Moves 1 and 3, but both of P1’s and P3’s arms end up in a higher position, and all players slowly pump their arms up to the final position.

Boom Boom is featured in the following playlists: 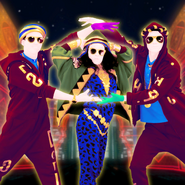 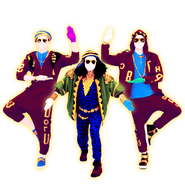 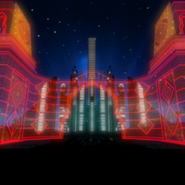 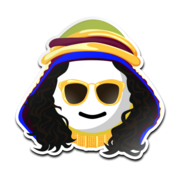 Just Dance Now notification, alongside Another One Bites the Dust (Stunt Version) and Tumbum (Extreme Version)

Comparison between 7th-gen and 8th-gen 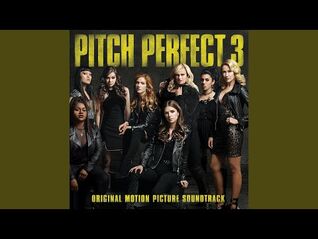 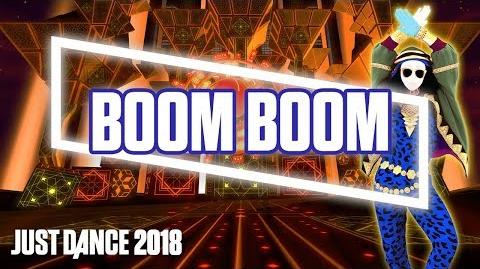 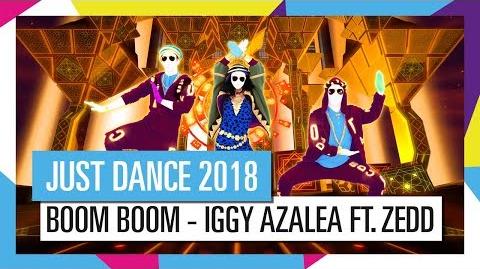 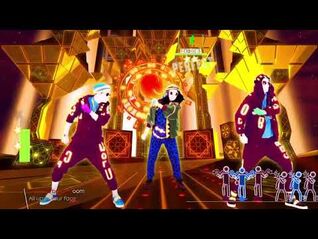 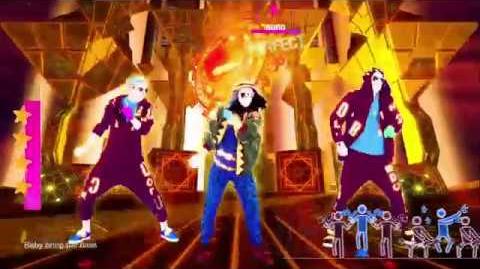 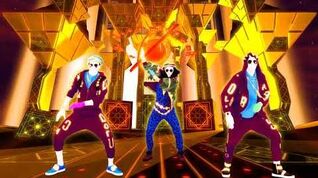