< Boombayah
View source
watch 02:56
Raise a Floppa - The Loop
Do you like this video?
Play Sound

"Boombayah" (Alternate) is featured on Just Dance 2022. Officially, this routine is referred to as an alternate routine to Boombayah (Extreme Version), but, unlike its counterpart, does not have a caption in the game. Both routines are unlocked for play at the start. It is also featured on 舞力无限.

The coach is P2 of Boombayah (Extreme Version), So. Her appearance is kept almost the same, except her face is more visible, she is wearing pink lipstick and her facial features are rather different.

The background is similar to the one from the classic routine. However, this routine takes place during a clear starry night. The sand is in a light shade of purple, and the fog is magenta-colored. The map starts out with the title card floating over the sky before the camera pans down to the map scene, where only the panda totem is for a moment. The rest of the totem movements stay them same. The totems are now shaded in mono-color shades of purple. Glowing pink meteors cross through the sky during the pre-chorus. On the last chorus, the glowing paint on the totems is now brighter, which appears earlier than in the classic.

Gold Move 1: Bring your hands to the sides of your head and "tap" it. This move is done while slightly bending down.
Gold Move 2: Raise both arms up from the ground.
Gold Move 3: Put your left hand on your hips and your right hand slowly moving up to your face. 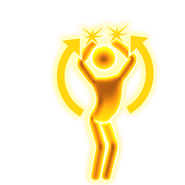 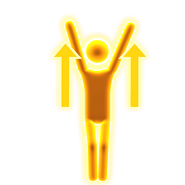 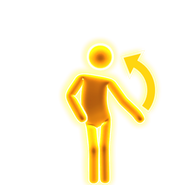 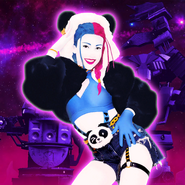 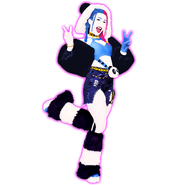 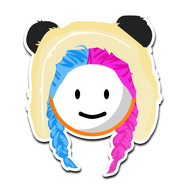 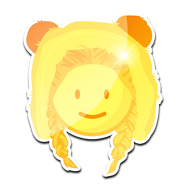 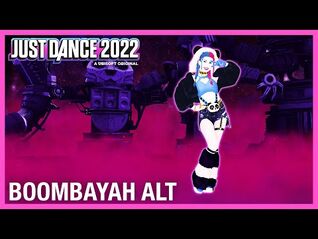 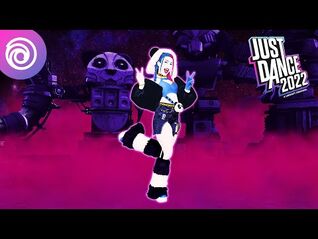