Cormier Claude[1]
"Boy, You Can Keep It" by Alex Newell is featured on Just Dance 2021, 舞力无限, Just Dance Now, and Just Dance Unlimited. 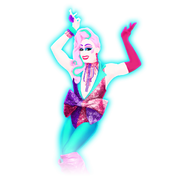 The dancer is a drag queen, very similar to Alex Newell. She has dramatic makeup, which consists of blue and pink shimmery eyeshadow, high, rounded purple brows, black eyeliner, large false eyelashes, cherry red lipstick, and light pink blush on his cheekbones. She has pastel pink, wavy hair with an aqua-colored streak. It is styled into an updo on top and left long and wavy on the left side. She wears a sparkly, purple and fuchsia bodysuit with a deep cut neckline. It features a large bow near the stomach and an aqua notched collar. Beneath it, she wears aqua blue pantyhose tights and knee-high, heeled, pink pleather boots. She accessorizes with fuchsia, dangling earrings, a purple and fuchsia collar necklace with many long chains, three colorful bangles, and a purple, oversized ring on the left hand. At the beginning of the routine, the dancer adorns a deep purple feather boa. Her glove is fuchsia and elbow length. The dancer has an aqua blue, glowing outline.

The background takes place on a runway. The camera moves straight backwards for the entirety of the map. A simple brocade pattern is printed along the floor and the long ceiling panel above the runway. The runway and ceiling are typically lined with various different lights and surrounded by large floating signs in a similar pattern. In the verses, the room is mostly hot pink, with the runway fading to a coral orange closest to the camera. The room then becomes a darker purple at the pre-chorus. The runway floor becomes black, with a violet pattern that glows hot pink in certain spots. Four rows of orange spotlights turn on from the ceiling one by one. At the chorus, the room lightens, the floor turning to indigo with white lights and the signs turning turquoise blue. When the lyrics are sung, "BOY" is flashed on all signs, "YOU CAN" appears on the left side, and "KEEP IT" is on the right. The room cuts to darkness again at the instrumental hook. The floor diverges into two walkways to the left and right and changes color to a true blue-aqua gradient. The signs once again read "YOU CAN" and "KEEP IT" when sung. Many blue spotlights flash on and off.

Gold Move 1: Place your left arm to the left and put your right arm forward while leaning forward.
Gold Move 2: Put both your arms up while facing right. This is the final move of the routine. 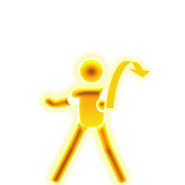 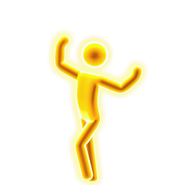 Boy, You Can Keep It is featured in the following playlists: 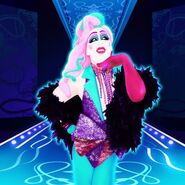 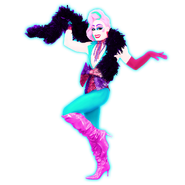 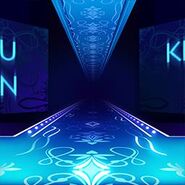 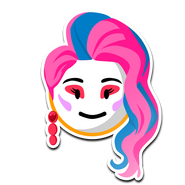 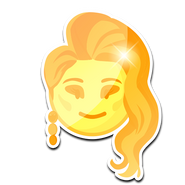 Boy, You Can Keep It on the Just Dance Now menu (computer)

Boy, You Can Keep It on the Just Dance Now menu (phone) 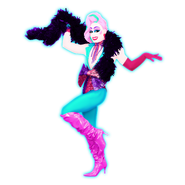 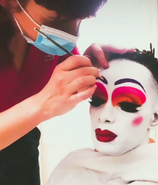 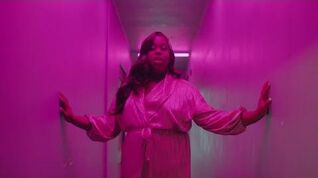 Alex Newell - Boy, You Can Keep It Official Music Video 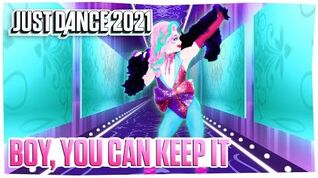 Boy, You Can Keep It - Gameplay Teaser (US) 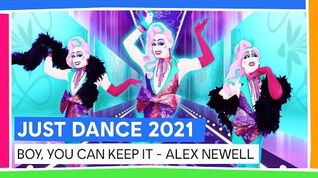 Boy, You Can Keep It - Gameplay Teaser (UK) 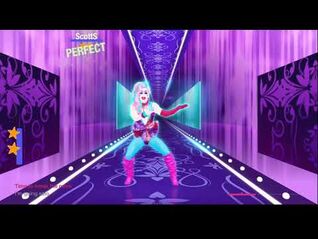