The dancer is a woman. She wears a reddish pink-plastic dress with some party related stickers. She also wears reddish pink boots with purple socks, a pink/red lipstick, black makeup and has light-blue eyebrows. She wears a purple glove in the right hand and a gold bracelet. She also has dark blue earrings and also turquoise hair in braided pigtails. Toys, candies, and random stuff can be seen in her dress.

Gold Move 1: While leaning forward, draw a semicircle with both of your hands, from downwards to the side.
Gold Move 2: Bend and put your hands together below your face. 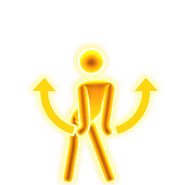 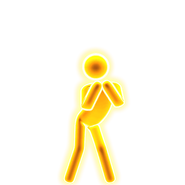 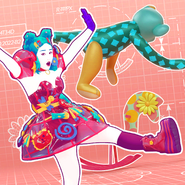 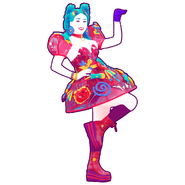 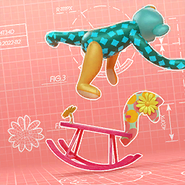 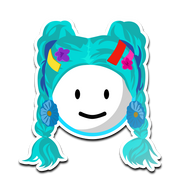 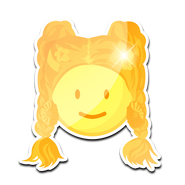 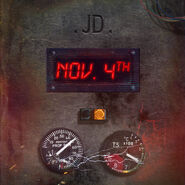 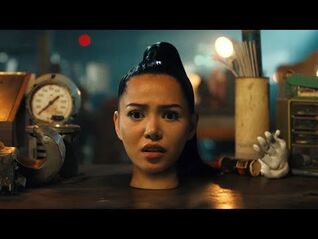 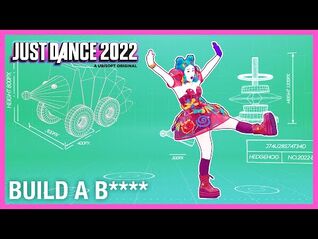 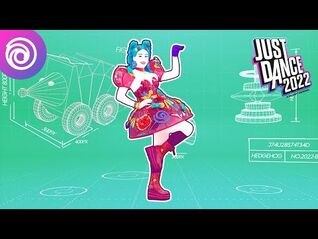 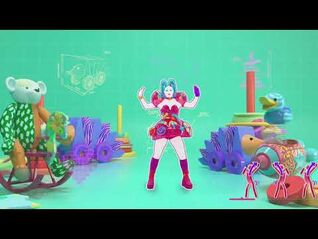 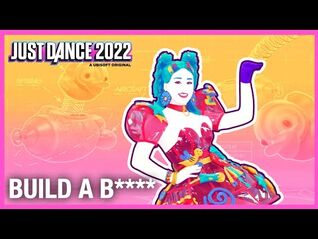 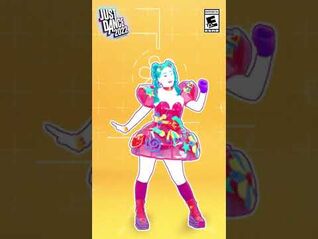 Just Dance 2022 Build a B New Moves for -TrevorProject