The song has an alternate routine titled "Mad Scientist Version".

On the eighth-generation console and Nintendo Switch versions of Just Dance 2019, Bum Bum Tam Tam is one of fourteen tracks to be available at the beginning.

P1 is a woman. Her black hair is done in a braid and she is wearing a turquoise cap, a magenta half-cropped hoodie with yellow-and-black stripes, a black-and-turquoise sports bra, a pair of turquoise sweatpants with a black waist band and purple-and-black designs on it, and a pair of black sports shoes with white soles.

P2 is a man. He is wearing a magenta beanie over short black hair, a blue zipped up jacket with a gold collar and the same designs as P1’s hoodie, a pair of black pants underneath a pair of turquoise bermudas with magenta-and-black designs, and a pair of purple sneakers with black laces and white soles. 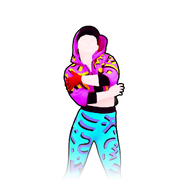 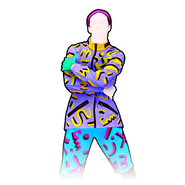 The background is a white wall covered with graffiti designed by Colombian-French graffiti artist Alberto Vejarano, also known as Chanoir. As the song progresses, a live-action character resembling Chanoir wearing a black hoodie with "Just Dance" on both sides and Chanoir's logo in the back is seen drawing graffiti designs on the wall. During some parts of the song, some graffiti flash to the beat in their completed state. Before the chorus begins, a person in a black cat costume walks into the background from the right and stands around awkwardly before leaving. The cat represents Alberto's artist name (chat noir is a black cat in French).

During the chorus, the screen turns purple and several of Chanoir's cat graffiti flash in the background, in various colors.

In Future’s verse, close-up videos of Chanoir painting the background can be seen, mirrored on the left and right halves of the screen.

Both Gold Moves: Bend your knees and point to each other with both hands.

Bum Bum Tam Tam is featured in the following playlists: 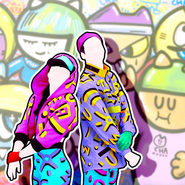 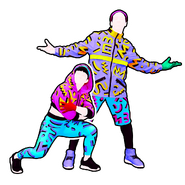 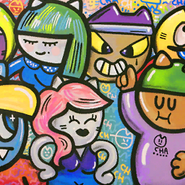 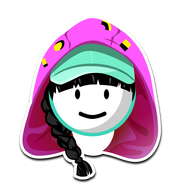 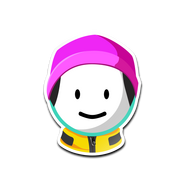 Behind the scenes (dancers) 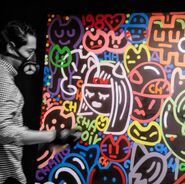 Behind the scenes (Chanoir painting) 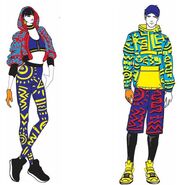 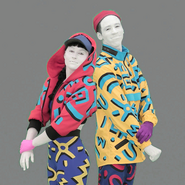 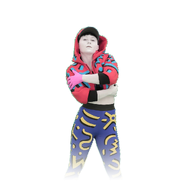 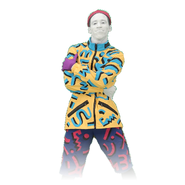 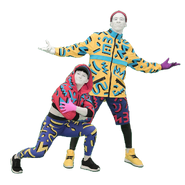 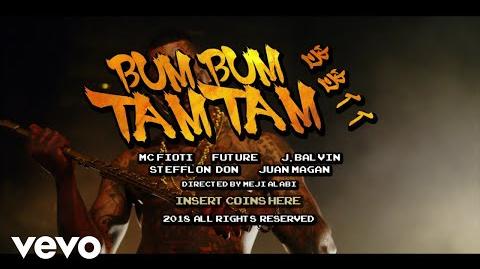 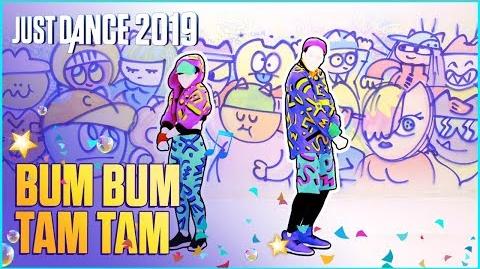 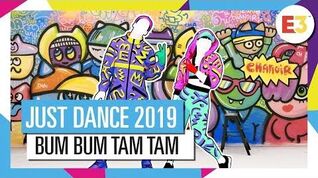 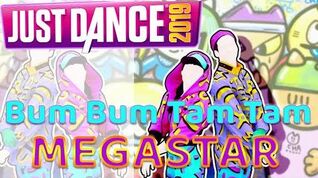 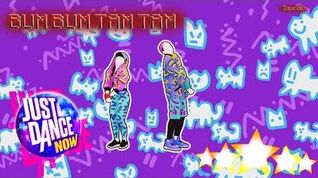 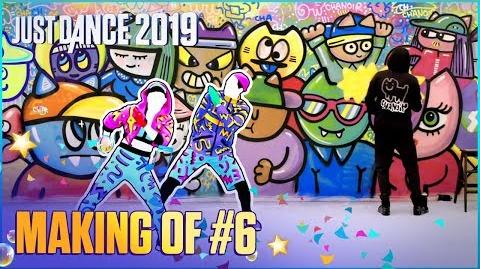 Bum Bum Tam Tam - Behind the Scenes (US) 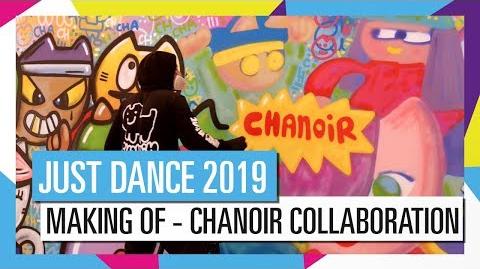 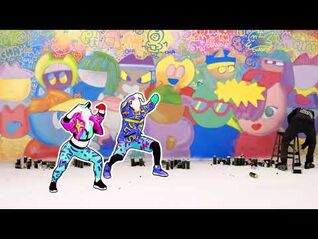