The coach is a woman with short orange hair. She wears a headband with light blue flowers, a white tank top (which is very hard to see) with a bright orange crest on it, orange shorts with a long flowing orange skirt attached, and a pair of orange heels. At parts of the song, the dancer inverts in color.

The routine takes place in rocky valley during a starry night with mountains showing on the back, and candles appearing on the floor. Some disco-balls can be also seen completing the floor pattern with the candles. 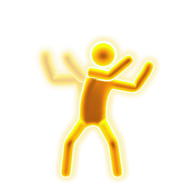 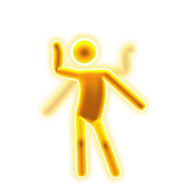 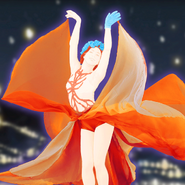 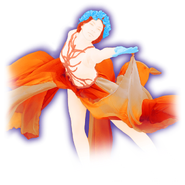 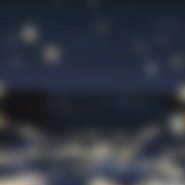 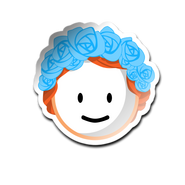 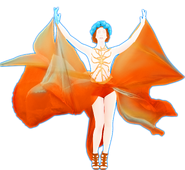 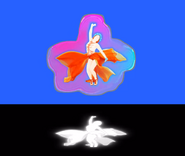 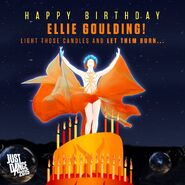 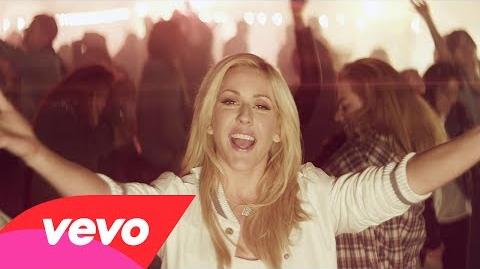 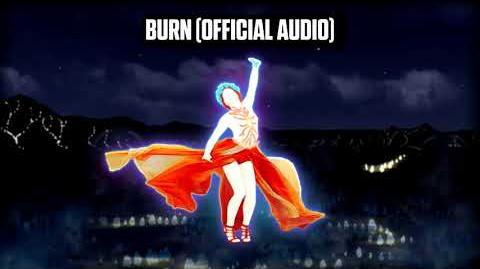 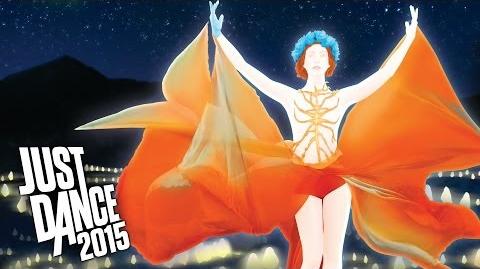 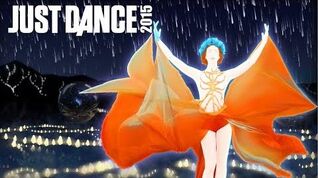 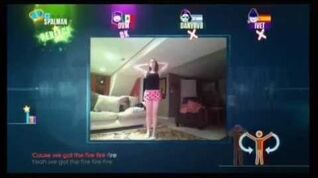 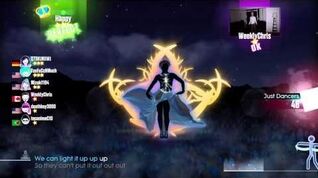 Retrieved from "https://justdance.fandom.com/wiki/Burn?oldid=1088048"
Community content is available under CC-BY-SA unless otherwise noted.