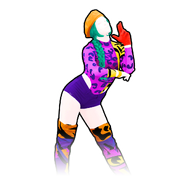 The dancer is a woman. She has bright teal green hair with face-framing bangs and a long braid on the left. She wears an orange beret. Her outfit consists of a magenta and yellow bodysuit with a high neck and exposes both her hips, and a pair of violet shorts over it. The magenta parts of her bodysuit have a leopard print and the yellow parts have tiger stripes. There are two dark violet patches, one above the chest to the left and the other near the stomach on the right, with geometric symbols on them. Her shoes are heeled knee-high boots, covered in colorful organic prints and details in black. There is a yellow animal eye on the right boot. A few simple gold chain bracelets are worn around her left wrist. Her glove is red and there is a solid black and white outline around the dancer.

The background uses rubber hose animation. In the pre-chorus, the background is yellow and there are spray cans with an octopus on them, small squares depicting brick walls with bricks popping out to the beat, air horns with faces, danger signs, and a sign with the song’s title. During the chorus the background is reddish pink, in the back, a discarded ice cream cone and milk carton with eyes pulsate to the beat along with a huge red star with the words “BÚSCALA” with two palm trees with nailboards of a half sliced lemon and a casino-like circle.

During the next part, the background is turquoise and there are animations of doors that open to reveal diamonds and 100 coins with eyes, an on-off switch (O/I switch), and a sign reading "HAVE A BLAST", and a pale turquoise rectangle with darker outline that pulsates to the beat. The background is cinnamon red and then changes and shows two lighters with the word "YO" written on them with a pale orange semicircle sky that has orange clouds. After that the background is sky blue, two skateboarding turquoise dogs can be seen pointing at the coach and a white outlined diamond pulse to the beat, the background is now leaf green followed by two green bottles with yellow stripes and the phrase "HA HA HA HA", as well as a pale green rhombus that pushes to the music. These animations are repeated throughout the routine.

Gold Move 1: Put your arms up multiple times while walking backwards.
Gold Move 2: Rapidly punch the air to the left with your right hand.
Gold Move 3: Put your left hand on your hip and throw your right arm up in the air quickly then slowly lower it. 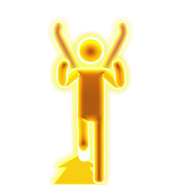 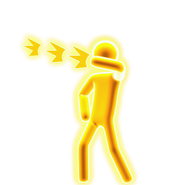 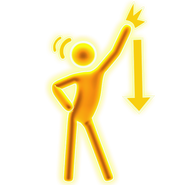 Buscando appears in the following playlists: 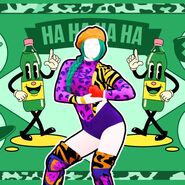 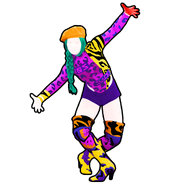 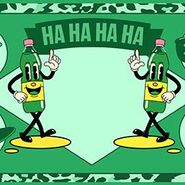 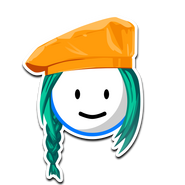 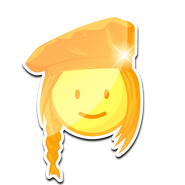 Buscando on the Just Dance 2021 menu 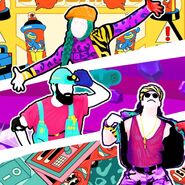 Promotional image, alongside the song's Extreme Version and Get Get Down[5]

Promotional image, alongside the song's Extreme Version and Get Get Down[6]

Promotional Amazon picture (along with Georgia)

Buscando in the 3 days left teaser, along with Heat Seeker and Juice (Classic - P2)[7] 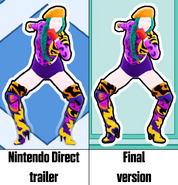 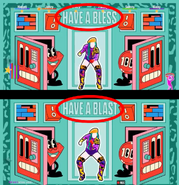 Beta background (says "HAVE A BLESS" instead of "HAVE A BLAST") 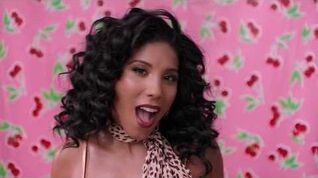 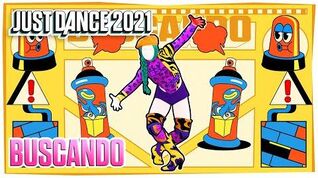 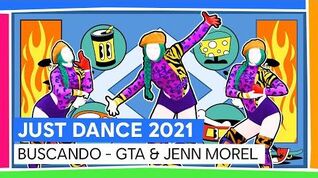 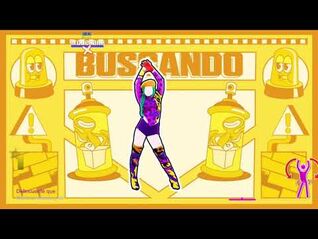 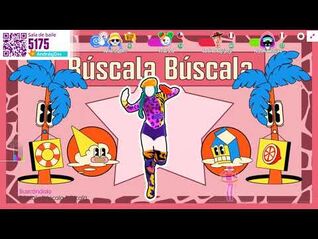 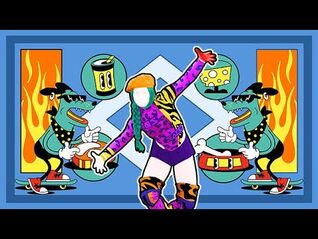