P1: Marion Champmartin[1]
P2: Sarah Magassa[1]
P3: Shirley Henault[1]
"Buttons" by The Pussycat Dolls featuring Snoop Dogg is featured on Just Dance 2022, where the routine can be played with internet connection, except in Korea.[2] It is also featured on 舞力无限.

The song has an alternate routine titled "Night Version" which can be unlocked by playing the Classic routine three times, but requires an internet connection.

The dancers are a trio of women who resembles members of The Pussycat Dolls. They wear sultry outfits with golden accessories. They all have dark brown painted eyebrows, dark brown Ancient Egyptian-style eyeliners, and golden lips. They are accompanied with a dark violet circular chair, where they use it as a prop in some of their moves. They all have golden faded outlines, which turns red during the chorus. During the bridge, including Snoop Dogg's part, their skin turn black.

P1 resembles Ashley Roberts. She has golden blonde hair with dark roots. She wears a black bra with straps that wraps on her back, with two straps wrapping forward to her black tied skirt, which shows more of her right leg. At the center of her bra is an oval-shaped cut with golden embellishments surrounding a smaller hole, with a small hanging golden chain attached by the sides. Her skirt has four rows of golden hanging circular tassels, going from top to bottom, while the two hanging straps in the right side has hanging circular tassels at the end of the fabric. She also wears dark brown fishnet leggings with shiny golden specks and dark brown leather stiletto high heels with three straps made with golden buckles and golden specks.

She wears a golden circlet around her forehead, with the side and back covered by her hair. The circlet is also attached with numerous, golden loose necklaces by the side of her circlet, which goes down to her neck. On her arms are black bands with golden loose chain embellishments, a golden bangle in her right wrist and gloves with different designs. Her left glove is black, decorated with golden specks, covers to her elbow and leaves her fingers open. Her right glove covers her hand and is colored pink.

P2 resembles Nicole Scherzinger. She has black hair, with a tied mid-section that loops back to her hair, several tied strands on her back and few free-flowing strands on her shoulders. She wears a dark brown sleeveless bodysuit that only covers her right leg, which has fishnet textures on her neck and cleavage region, abdomen and right leg that are decorated with golden specks, and solid fabric color and section on her breasts and pelvic region. The bra-styled section has two rows of olden hanging circular tassels, on the top and bottom edges of the fabric, and she has a black leather strap on her waist, which has a golden square-shaped buckle and three three-layered golden loose chains hanging at the bottom edges of the belt, forming U-shaped arches. She wears dark brown clothed knee-high stiletto heels with golden metallic edges.

She wears a golden decorative half-mask, which covers and wraps on her forehead and around her eyes, while she wears golden hanging earrings on her ears, and thick, golden necklace on her neck with details such as triangles, thin connected chains, and small hanging tassels. Above her elbows are golden bangles with a golden fabric tied behind the bangles. Lastly, she wears golden bangles on her wrist with different designs, where the left bangle has loose chains attached and her right bangle cover much of her wrist, with the mid-section open. Her glove is purple.

P3 resembles Jessica Sutta. She has dark brown hair tied to a high ponytail with a golden hair bangle and golden highlights. She wears a black leotard with a thin V-shaped cleavage-styled section having fishnet texture and golden specks. Her collar has golden hanging circular tassels, and her waist has a leather-textured section, which is covered in golden buttons in various sizes and designs. Split from her waist are two black circular straps that wrapped around her thighs, which has golden hanging circular and string tassels attached to them. She wears a pair of black knee-length lace-tied peep-toe stiletto heels, with the midsection of her heels revealing her skin.

She wears a golden string headdress made of beads, and a large circular disk in the front, which covers her head. She also wears three golden bangles on her arms, a golden bangle with the midsection open in her left wrist and a golden circular ring in her left ring finger. Her glove is red. 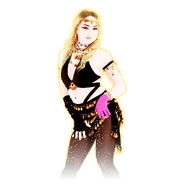 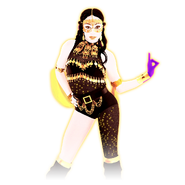 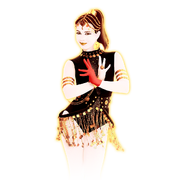 The map starts with a title screen where a spotlight shines on the word "BUTTONS", written in a lowercase golden Indic-inspired font and imposed over closed red curtains. The curtains part and an inner set of drapes fall to reveal a golden disc-shaped stage with a dark purple chair in the middle which the dancers use as a prop. A spotlight shines upon the chair. Around the stage is another set of curtains that hang from the ceiling and conceal panels behind them carved with intricate flower patterns. During the chorus, lightning from behind cast silhouettes of the dancers on the curtains. On the verses, only a light behind the coaches shines through the flower patterned panels, along with some floor lights on the edges of the stage.

During the rap breakdown, the lights dim and the curtains are raised above the stage. The panels are fully visible and lights start shining through them. In the final chorus, the panels turn around to show a solid back, onto which the dancers’ shadows continue to project. When the song ends, all the lights go off aside from the central spotlight.

Gold Move 3: Put your arms together and slowly raise them up. P1 does this by kneeling while facing the left, P2 does this while sitting on the chair, and P3 does this by standing and facing the right. 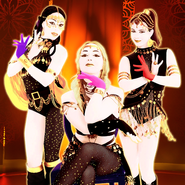 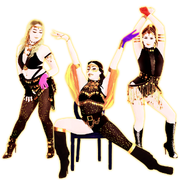 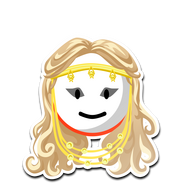 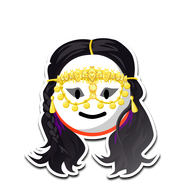 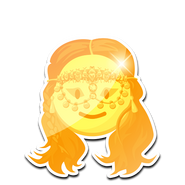 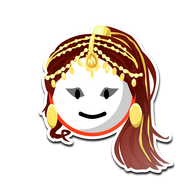 Buttons on the Just Dance 2022 menu 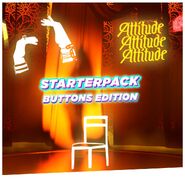 Behind the scenes (P3), with Judas’ costumes in the background[5] 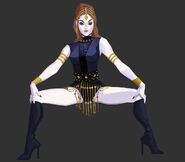 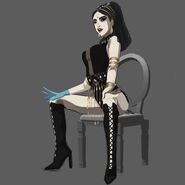 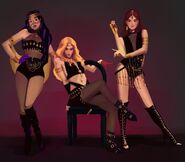 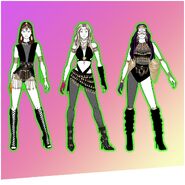 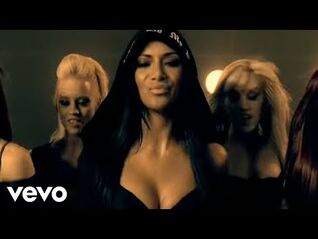 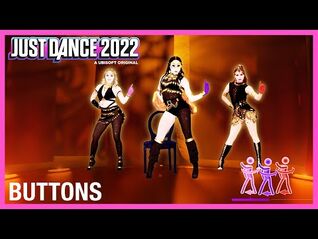 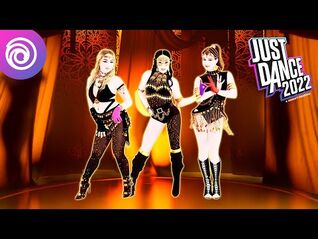 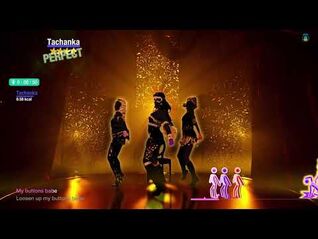