P1 is a man. He wears an orange shirt with yellow and brown diagonal checkers on it, also wearing a brown tie, and a blue coat and pants with a brown belt, yellow shoes, light-brown glasses, a pink glove, and brown hair.

P2 is a woman. She wears an orange blouse with a blue flower to her left. She is also wearing dark-blue pants, yellow socks, red and orange slippers, blue and brown sunglasses, a yellow accessory on her head, an orange bracelet, and has red hair, and a yellow glove. 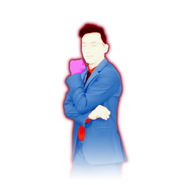 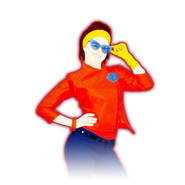 The routine starts off as a movie as seen by the film slides from the beginning. The objects contain white outlines. It starts at a park with blues skies, a painted kite on the wall, a red telephone stand, a bench, a light post, and a menu of a restaurant. The second background is inside the house, implied by the wallpaper and the window on the wall. The props are a lamp, a chair, a fishbowl, and a cabinet. The third background appears just before the gold moves. Blue skies, a hot air balloon, a large strawberry sundae with cherries both at the top and at the side, and a summer chair and table with a menu on top are the props here. The chorus background is inside a candy shop, implied by the song title. The orange wall and a clear door, two signs that say pastries, and candies and four pastries and candies are the props. The backgrounds start all over again, beginning with the first aforementioned background. During after the second chorus the first background is seen, but the wall only is seen. The backgrounds continue appearing by order. When Robbie sings "What are you doing it for," the backgrounds go and change in order after the line is said once. This is also done during when the final chorus only during the part when the horn is heard. The last background seen is the first background.

There are 6 Gold Moves in the Classic routine, all of which are the same:

All Gold Moves: Do a trust fall. P1 catches P2, and P2 raises her right leg when so.

There are 4 Gold Moves in the Sweat Mashup:

Gold Moves 1, 2, and 3: Put both your hands up as if you are surprised. (She's Got Me Dancing)
Gold Move 4: Stretch out, as far as possible, both your hands toward the sky. (Fame) 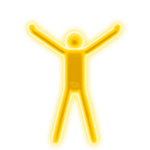 Candy is featured in the following Mashups: 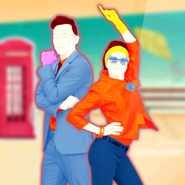 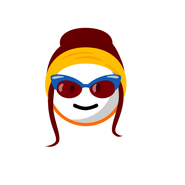 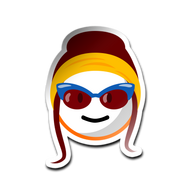 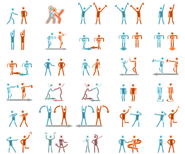 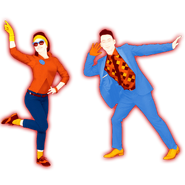 Promotional coaches
Add a photo to this gallery 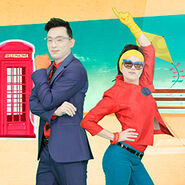 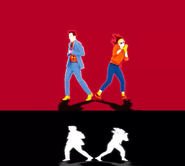 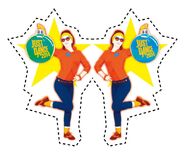 P2’s Dancemas ornament
Add a photo to this gallery 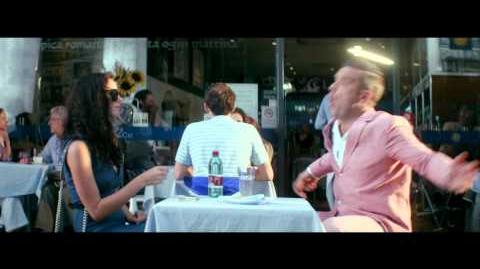 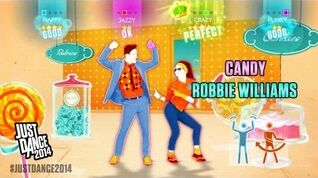 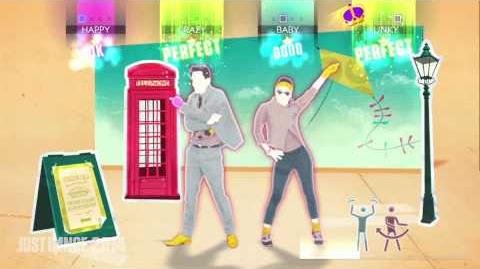 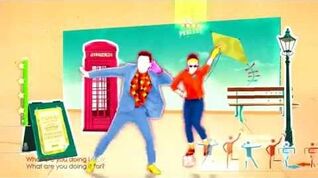 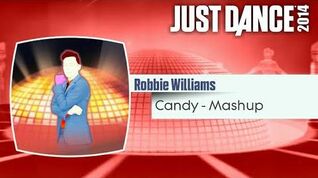 Retrieved from "https://justdance.fandom.com/wiki/Candy?oldid=1142778"
Community content is available under CC-BY-SA unless otherwise noted.