CardiacCaress
"Cardiac Caress" by Lee Richardson, Richard Macklin & Tom Ford[1] (credited as Sweat Invaders in-game) is featured on Just Dance 3 as a downloadable track. However, it is only playable on the Xbox 360 following the shutdown of the Wii Shop Channel in January 30th, 2019. 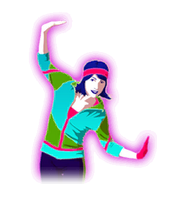 The dancer is female. She has short, dark blue hair with a pink headband. She wears a turquoise and green jacket with yoga pants. The pants have a green stripe on both legs. She wears a pair of light blue running shoes with white laces and green decorations.

The background is a jogging path with many pigeons, some benches, many trees and some rays from the sun shining down behind the coach. On the Xbox 360 version, the sun rays are over the coach, while on Wii they come from both sides of the screen and they are less bright. 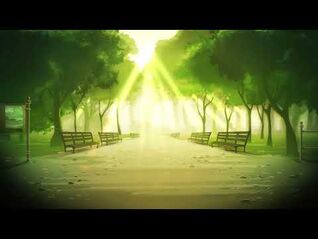 Gold Moves 1 and 2: Lower your arms.
Gold Move 3: Make a circle in the air downwards.
Gold Move 4: Lean your body backwards and throw your arms up. 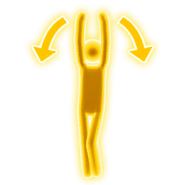 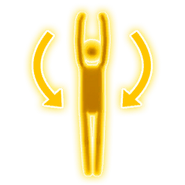 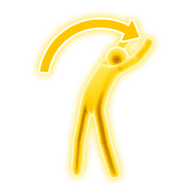 Cardiac Caress appears in Puppet/Party Master Modes. Here are the captions attributed to her dance moves. 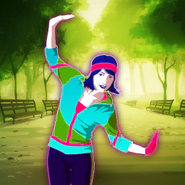 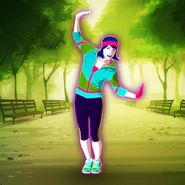 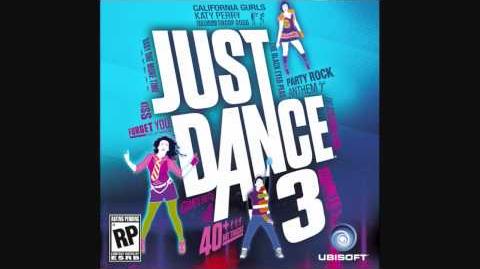 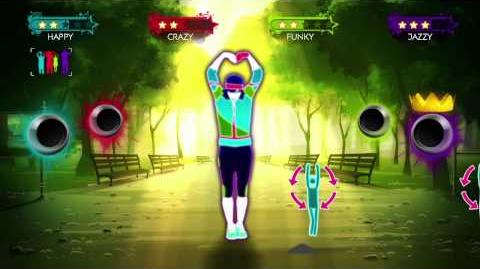 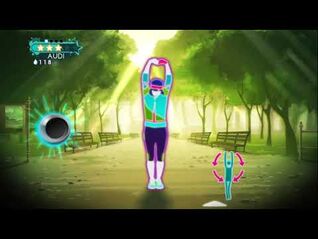 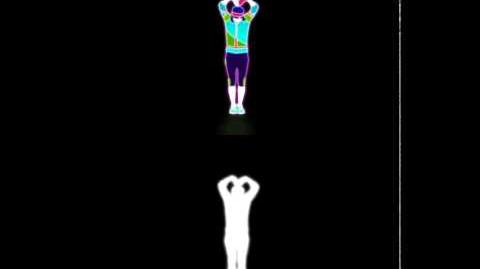