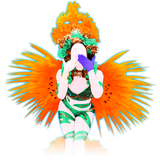 The dancer is a woman. She has brown fluffy hair and wears a green and bronze flower crown with large orange feathers, a green and orange bra, orange fluffy wings, green underwear with connected leg straps, and green stiletto boots with orange fluffy feathers.

The background is a Brazilian festival. There are pastel clones of the dancer on a yellow and black parade truck. Farther behind are large screens that display the dancer's performance. The sky turns dark, and the cart darkens with it.

Gold Moves 1, 2, and 3: Blow a kiss, and slowly spread your arms out to the sides.
Gold Move 4: Throw your hands up and cross your left leg. 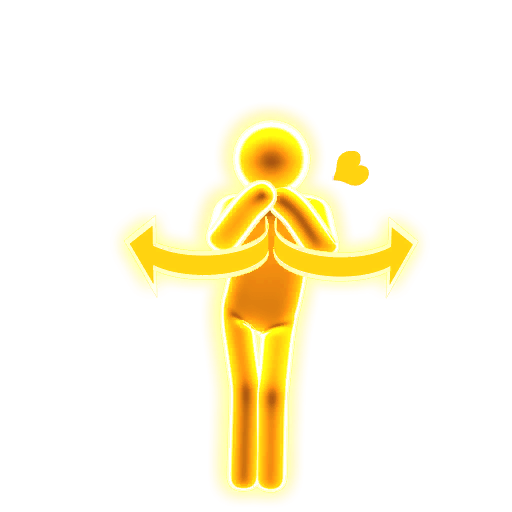 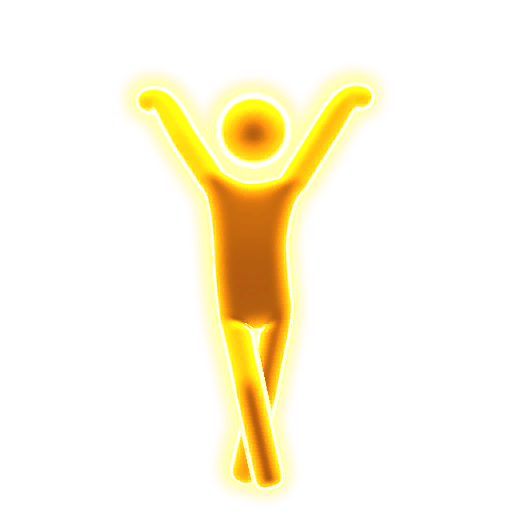 Carnaval Boom is featured in the following playlists: 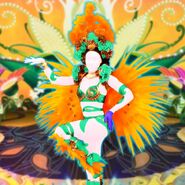 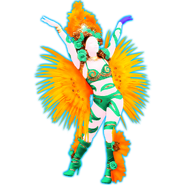 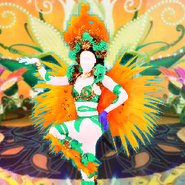 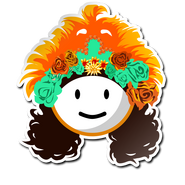 Beta song title and artist
Add a photo to this gallery

Proof of the placeholder cover 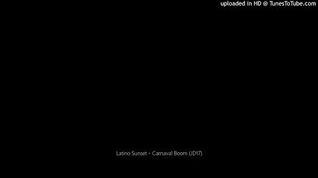 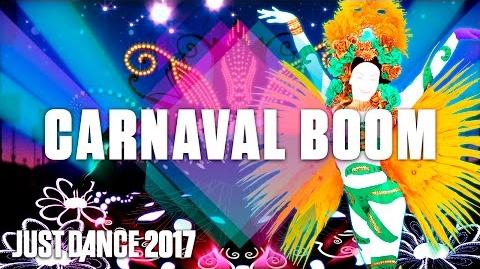 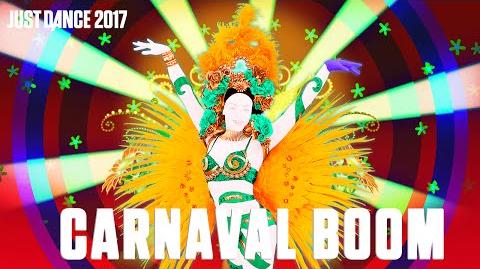 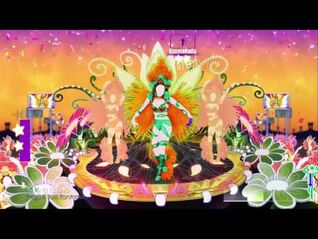 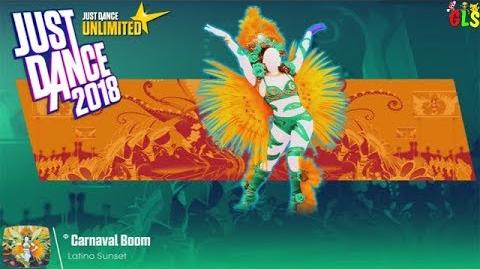 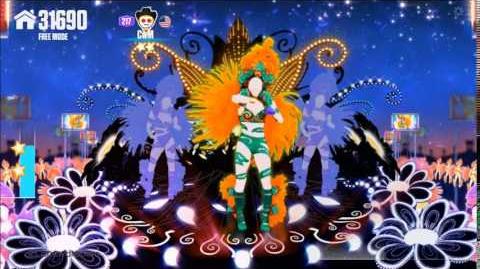 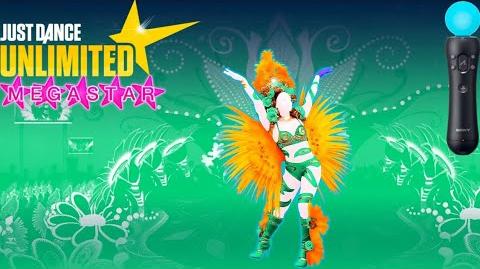 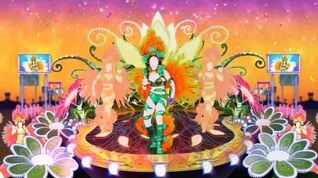 Retrieved from "https://justdance.fandom.com/wiki/Carnaval_Boom?oldid=1301404"
Community content is available under CC-BY-SA unless otherwise noted.