The dancer is an inflatable tube man. He changes base colors from orange, purple and dark blue. The dancer has ruffles on the top of his head and at the end of both arms. He has giant googly eyes on his face along with an open smile printed on with a white tongue and single tooth on the right side. When the background goes dark, his base color turns dark green and has brighter green lights shining inside his head, arms and feet.

The routine takes place in a wide room that flashes bold colors every few seconds that range from red, indigo and sky blue. Every so often, line art of various objects appear, such as giant speakers, birds and flowers. On both sides of the dancer are inflatable tube men that match the base color of the dancer every time the colors change. In some parts of the song, the room goes dark with disco lights of various colors moving across the screen.

Gold Move 1: Lower your arms down quickly.
Gold Move 2: Move your arms in a circle above your head. 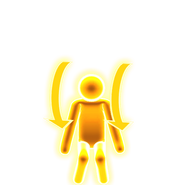 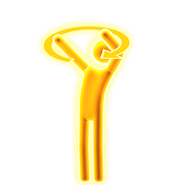 This section details the release and removal history of Chacarron.

Chacarron is featured in the following playlists: 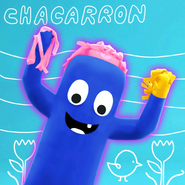 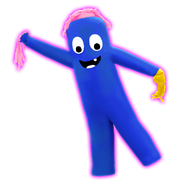 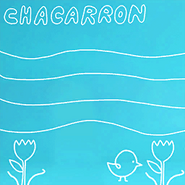 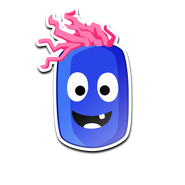 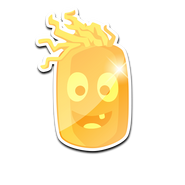 Chacarron on the Just Dance 2022 menu 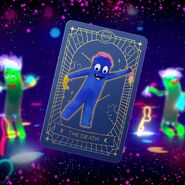 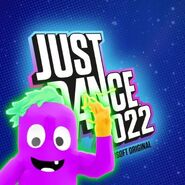 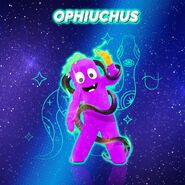 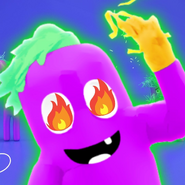 Picture of the coach with fire emoji eyes[13] 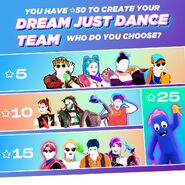 A post asking players to create a Just Dance Dream Team, with Chacarron as the most expensive option[20]

The coach on the website icon for the Just Dance Now playlist "Chacarron?" 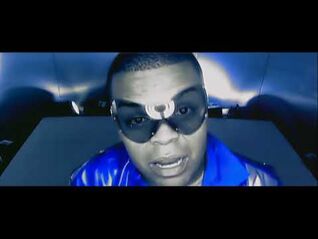 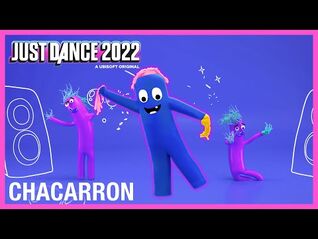 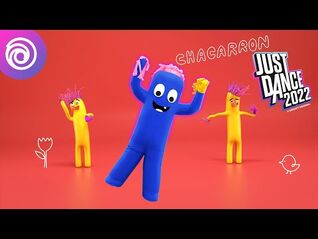 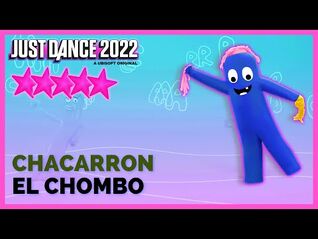 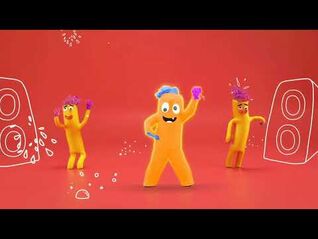