1A: Bright Wild Watermelon
1B: Mardi Gras
2A: Orange Peel
2B: Fresh Eggplant

The song has an alternate routine titled "Subway Version".

On the 8th-generation console and Nintendo Switch versions of Just Dance 2018, Chantaje was one of fifteen songs to be playable from the beginning.

P1 has short, purple hair in a bob, gold hoop-like earrings, and wears a yellow dress that is opened in the middle, maroon high waist shorts, black leather belts with gold rivets, and black stiletto sandals with calf-high leg straps. She has an orange outline. She has a orange bracelet on her right wrist.

P2 has short, black hair and a beard, and wears a black blazer, a yellow shirt, maroon pants with holes in the knees, and black and gold shoes. He has a red wristwatch on his right wrist. He has an orange outline as well.

At one verse, and by the end of the song, both dancers darken drastically, and the woman’s hair and skirt are pink and red respectively. 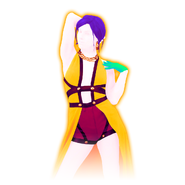 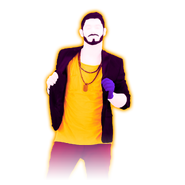 The background is dark red with orange squares and a circular illusion that darkens the dancers that walk into it. The scenery softly flashes red. During the chorus, in some of the larger squares, side views of the dancers’ heads can be briefly seen lip-syncing "Puro, puro chantaje" while facing each other (P1 also lip-syncs "Eh eh eh, nadie"). When the dancers are at their darkest, the scenery is bright orange with a sun-like background.

Gold Move 1: Scoop your right arm out while moving your legs side to side.
Gold Move 2: Same as Gold Move 1 but slower and with no leg movement.
Gold Move 3:

Chantaje is featured in the following playlists: 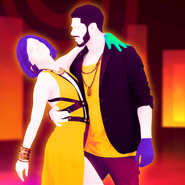 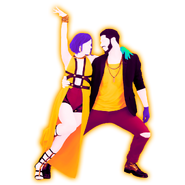 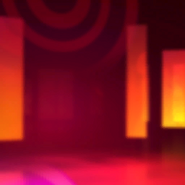 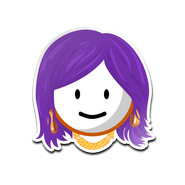 Chantaje on the Just Dance 2019 menu

Chantaje on the Just Dance 2020 menu 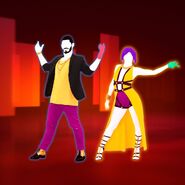 Just Dance Now notification for the routine (along with Despacito) 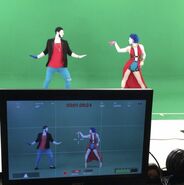 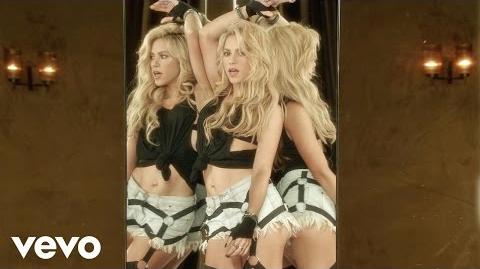 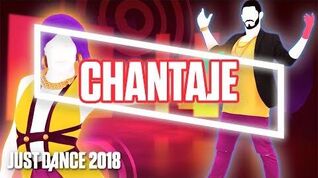 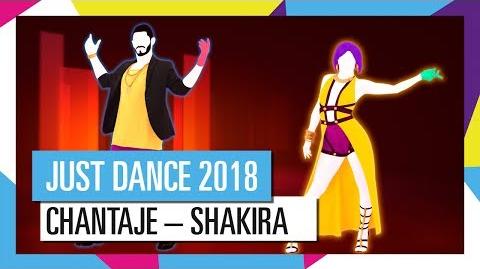 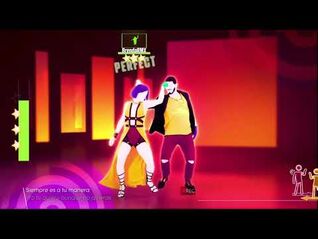 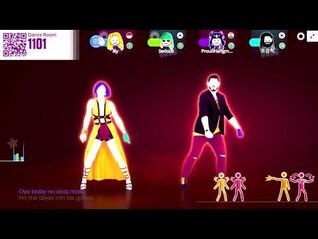 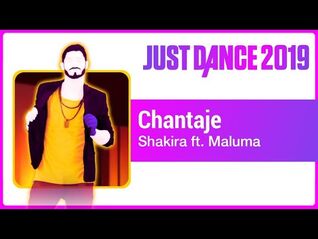 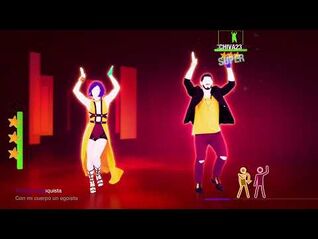 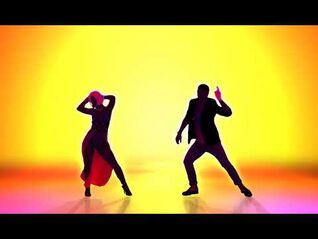