Chasin’ The Beat Of My Heart

"Chasin’ The Beat Of My Heart" by Ross Lynch from Austin & Ally is featured on Just Dance: Disney Party 2.

P1 is a boy who has short black hair. He is wearing a black leather jacket over a white dress shirt, as well as a pair of denim jeans. He accessorizes with gray sneakers that have black shoelaces. He resembles Austin.

P2 is a brunette girl. Her hair is tied into a braid that rests on her left shoulder. She is wearing a red sleeveless vest with a black T-shirt under it. She is also wearing a pair of grey jeans, as well as a dark grey pair of sneakers with white shoelaces. She resembles Ally. 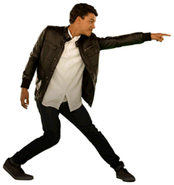 The background resembles the concert from the song's debut episode Road Trips & Reunions. It is a club dance floor, and the wall behind the dancers projects pixelated silhouettes of them. The silhouettes are taken from different perspectives of the dancers, and come in different color schemes. Throughout much of the routine, the silhouettes are in shades of blue and purple with sky blue outlines. In the middle of the song, yellow tints decorate the tops of the silhouettes. During the choruses, pale pink pixels flash randomly on the wall. The rest of the routine includes more pixels creating various patterns on said wall.

Around the sides of the wall are tiny spotlights. Hints of purple light fading in and out can be seen peeking out of the corners of the ceiling. Similar to the silhouettes' color schemes, much of the routine consists of blue and pink lights. Meanwhile, the middle of the routine is made up of purple and yellow lights. All of the lights except the light from the corners flash to the rhythm of the song.

Gold Move: Stick out your arms to the sides and face to your partner.

Chasin’ The Beat Of My Heart 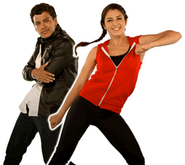 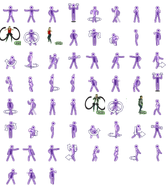 Chasin’ The Beat Of My Heart on the Just Dance: Disney Party 2 menu 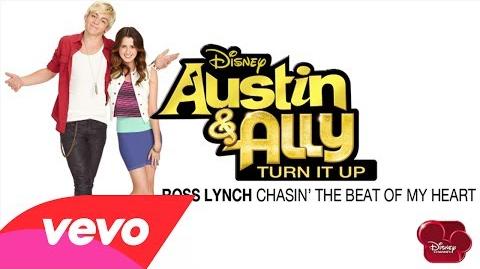 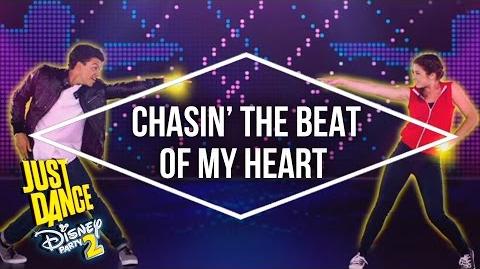 Chasin’ the Beat of My Heart - Gameplay Teaser (US) 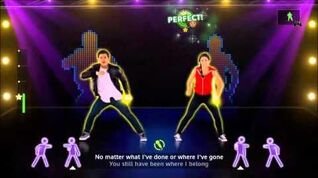 Chasin’ The Beat Of My Heart - Just Dance Disney Party 2

Retrieved from "https://justdance.fandom.com/wiki/Chasin%E2%80%99_The_Beat_Of_My_Heart?oldid=1263433"
Community content is available under CC-BY-SA unless otherwise noted.