The dancer for this program is a female.

In the Warm-Up, she has orange hair that is in a punk hairstyle. a blue denim vest, a silver necklace, a lime green shirt that has holes in it, a pair of blue and white camouflage pants, along with some dark blue combat boots, and a black fingerless glove.

In the Intense and Cool part of the program, she is wearing the same clothes she is wearing in the Warm-Up part, but sometimes, her vest might be gone, and her pants might have another shade of blue.

In the Cool Down part of the program, she is wearing the same clothes she is wearing in the Warm-Up part. This time, nothing is missing from her outfit.

The background appears to take place in a football field with the letters of the Just Dance logo that sometimes light up. There are two silhouetted cheerleaders, a magenta neon helmet, and a yellow neon guitar. 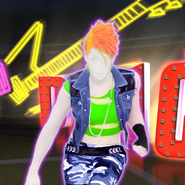 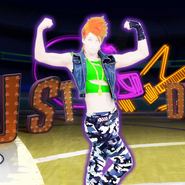 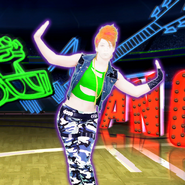 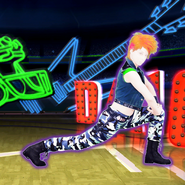 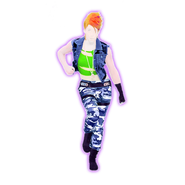 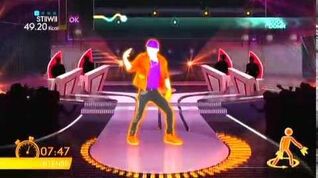