The song has an alternate routine titled "DJ Version", which can be unlocked by playing the Classic routine three times.

The dancers are a trio in streetwear clothing. They all have a black and white solid outline, as well as red, yellow, and blue outlines that are shifted from their silhouettes.

P1 is a woman. Her hair is black with red accents, styled into four braids worn high on the head. Her outfit consists of a pink and turquoise brassiere, a sky blue long sleeve shirt cropped above the chest, and turquoise cargo pants. The shirt has a pink collar and sleeve accents, and the pants have a pink and gold belt and straps. She wears turquoise athletic sneakers. She accessorizes heavily with yellow cat-eye sunglasses, gold diamond-shaped earrings, gold chain necklaces, and gold bracelets. Her glove is neon green.

P2 is a man. His hair is hidden into his orange beanie. His outfit consists of an open sky blue windbreaker jacket and a violet shirt beneath, shiny pink shorts, and some orange and purple socks. Beneath his jacket is a black fanny pack bag worn across the chest. His shoes are sky blue and pink sneakers. He also accessorizes with yellow sunglasses with black lenses and gold chain bracelets and necklaces. His glove is red.

P3 is an alpaca. Their fur is primarily white, with some turquoise accents in the ears and black on the bottom of their hooves. They have a tuft of black and red hair on their head. Their outfit consists of a sky blue and pink bomber jacket with short sleeves, a hot pink puffy vest on top, and a pair of violet and sky blue track pants. Their shoes are sky blue and pink high-top sneakers. They wear a pair of yellow sunglasses with black lenses as well as some oversized gold chain necklaces and bracelets. Their glove is bright turquoise. 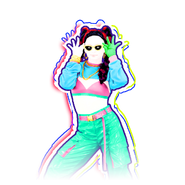 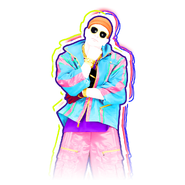 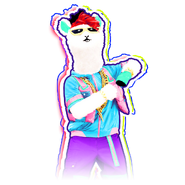 The background is a colorful mansion filled with various items and is mirrored across the center. Throughout the song, word such as "WOHOHOHOH," "OH," "EH," "UAH," "WUH," and "AH," appear in the background.

During the intro and pre-chorus, the room consists of gold walls and a black and white checkered floor. Parallel on opposite sides of the room are two orange statues of a woman’s head wearing blue and yellow sunglasses each in front of two DJ booths. Each booth consists of four pink microphones and a purple mixer. Next to the DJ is a gold and green speaker with a purple and gold boombox on top. Behind each booth there's a doorway leading to another room and a stairway leading to a blue colored room with a T-rex skeleton inside. The center of the room has another smaller stairway leading to an arched-portion of the room with two green and gold doors, each with an orange palm tree behind them. Above the archway are four gold pipes.

Gold Move 1: Starting from P3, put your right hand on your shoulder while turning your head to the left and slightly bending your left leg.
Gold Move 2: Jump and kick with your right foot in midair.

China is featured in the following playlists: 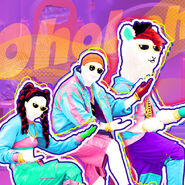 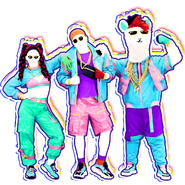 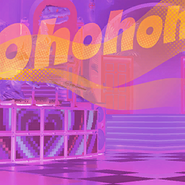 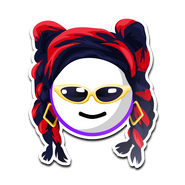 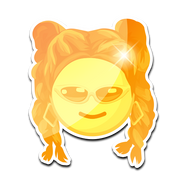 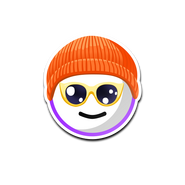 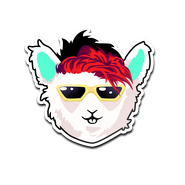 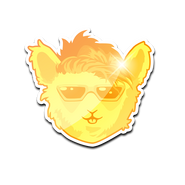 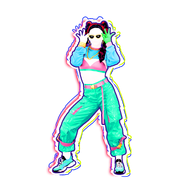 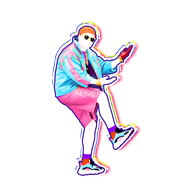 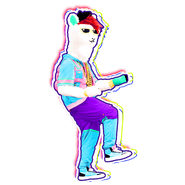 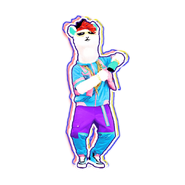 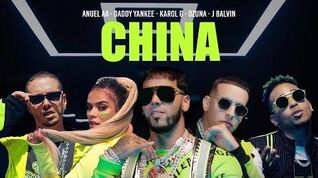 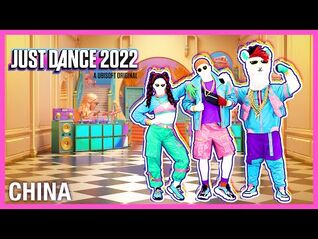 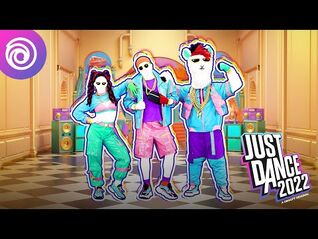 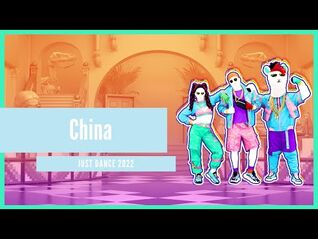 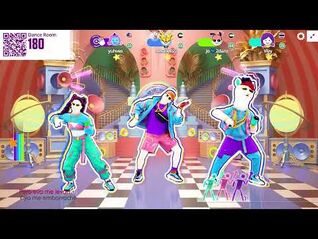 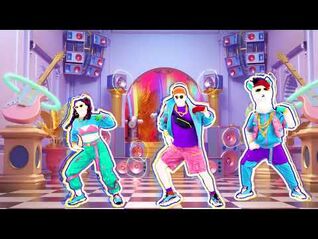